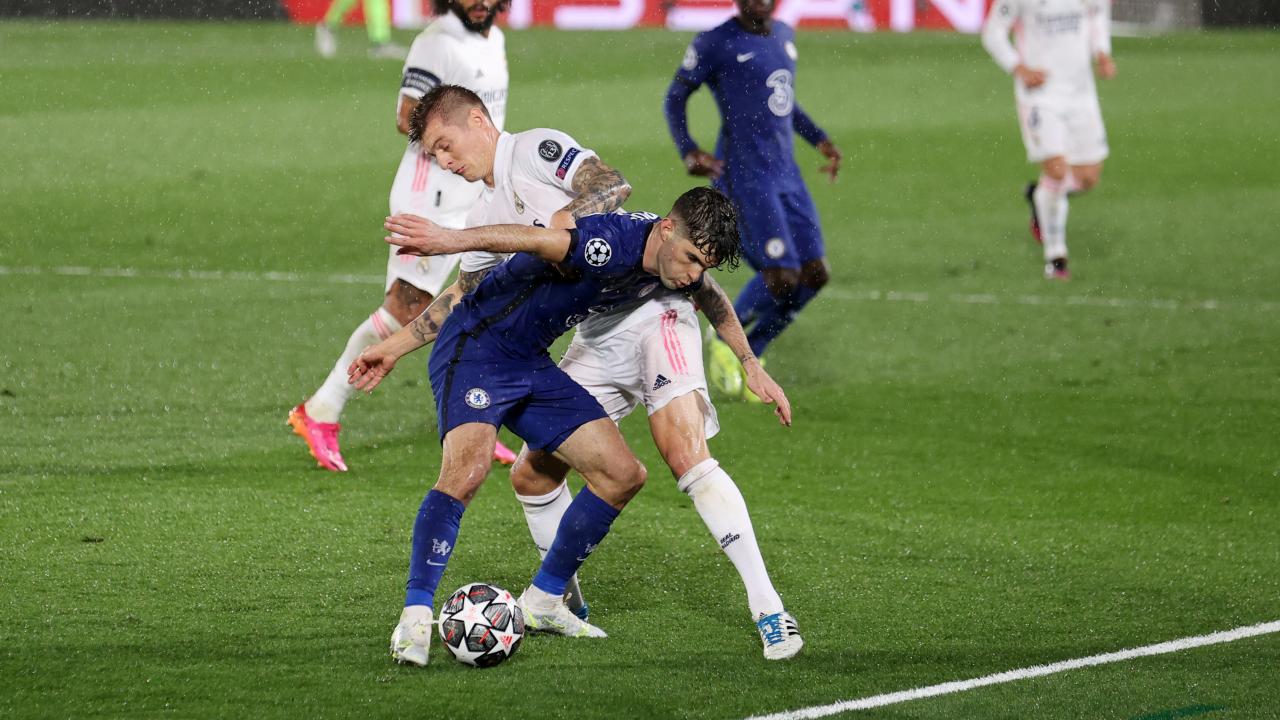 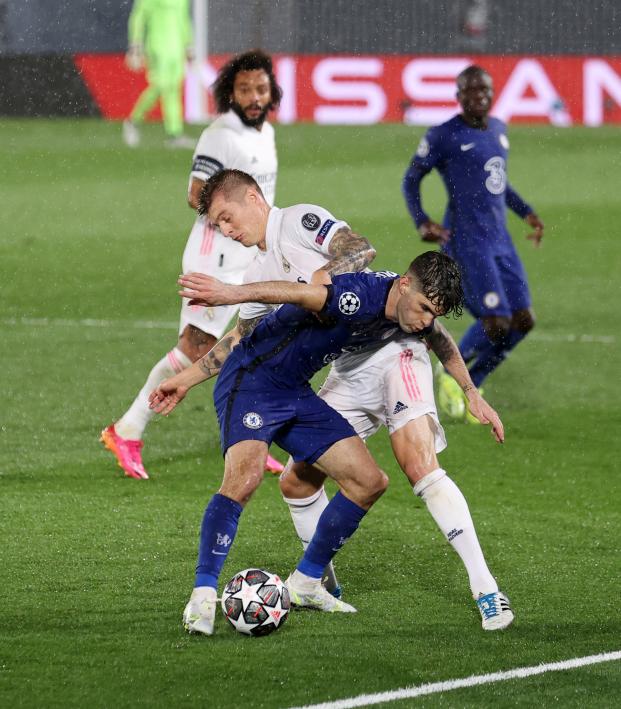 There was a time when Christian Pulisic’s rumored destination from Borussia Dortmund was Real Madrid. With Gareth Bale fading and Lucas Vázquez not offering as much of a threat, it wasn’t just a fancy of The18 that Pulisic make his way to the Santiago Bernabéu — He Who Must Not Be Named (Florentino Pérez) wanted it.

Well, that position still remains an uncertainty at Real with Marco Asensio and Rodrygo splitting time on the right wing, whereas Pulisic is in the midst of another fine patch of form for the Blues.

With his solo strike Tuesday, the 22-year-old American now has four goals in April, including three in Premier League action, and he’s started seven of Chelsea’s last nine games.

Charged with the task of running at Marcelo, Casemiro, Nacho and Raphaël Varane on Tuesday evening in Madrid, Pulisic went about his business early and often.

Mason Mount dropped into midfield alongside Jorginho and N'Golo Kanté, turning Timo Werner and Pulisic into a rapidly mobile front two. The American could frequently be found slashing across Real’s deep-seated backline, which both caused the chaos that led to the first goal and opened up space for Kanté to move forward.

The Frenchman finished with more successful dribbles (six) than anyone else on the pitch, but Pulisic was right behind him with five.

Pulisic’s first contribution should’ve been an assist for Werner in the 10th minute, but despite his perfectly placed header into the German’s path, Thibaut Courtois somehow managed to deny Werner from pointblank range.

Four minutes later, Pulisic took matters into his own hands after Antonio Rüdiger sent him racing clear of Real’s defense. His first touch took him wide, but Pulisic composed himself, took the ball around Courtois and finished between two defenders on the line.

"I thought the control could've been better, but I turned and noticed I was one-on-one with the keeper," Pulisic said after the match. "When I turned I didn't expect to be so free, so I took my time with it. It's a proud moment but the job's nowhere near done."

He then began promptly mixing it up with the Brazilians. In the 27th minute, Vinícius Júnior scythed him down for the game’s first booking. 10 minutes later, Pulisic did the same to Marcelo and went into the book. Marcelo would then return the favor in the 65th minute with a tactical foul and yellow card of his own.

In total, Pulisic was fouled six times before making way for Hakim Ziyech. The American was basically Eden Hazard out there until Eden Hazard actually came on.

Pulisic finished with the one shot, one goal, 25 of 28 passing (89%), the most key passes of any player (three), five dribbles and two successful tackles. We’re not going to call him Captain America because he doesn’t like that (somebody tell the CBS studio), but that was an inspirational performance from the young man.