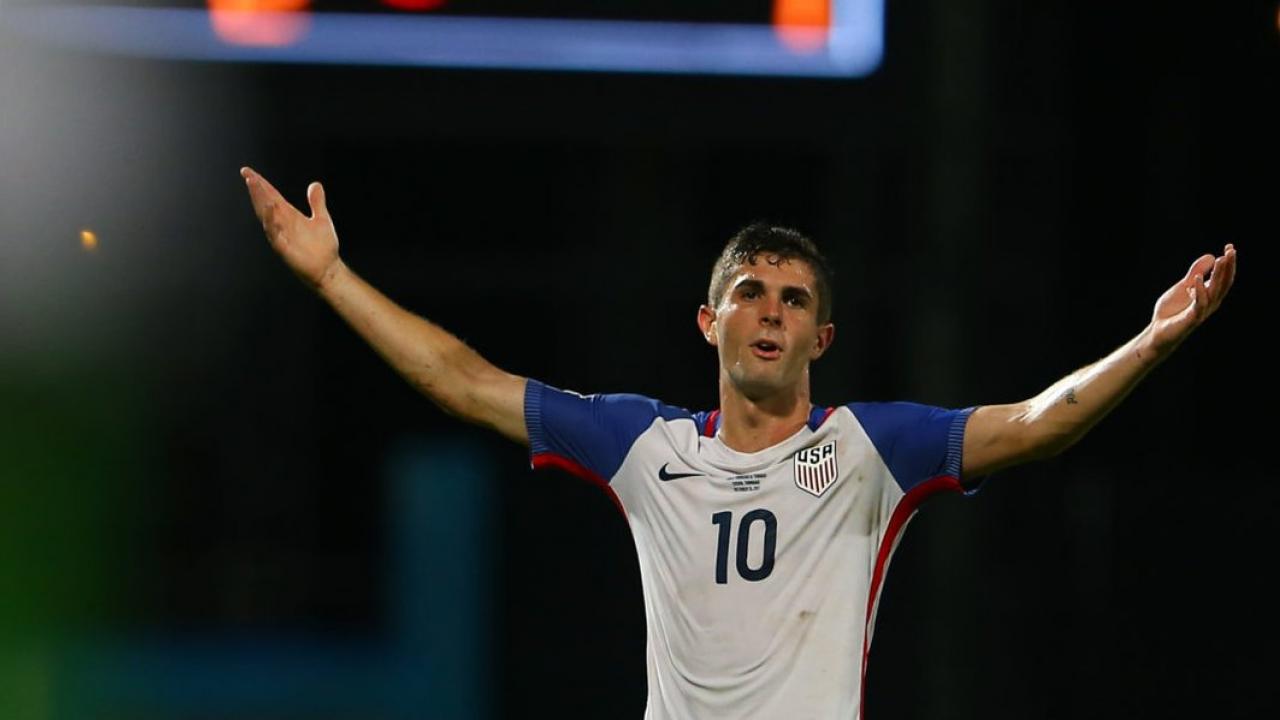 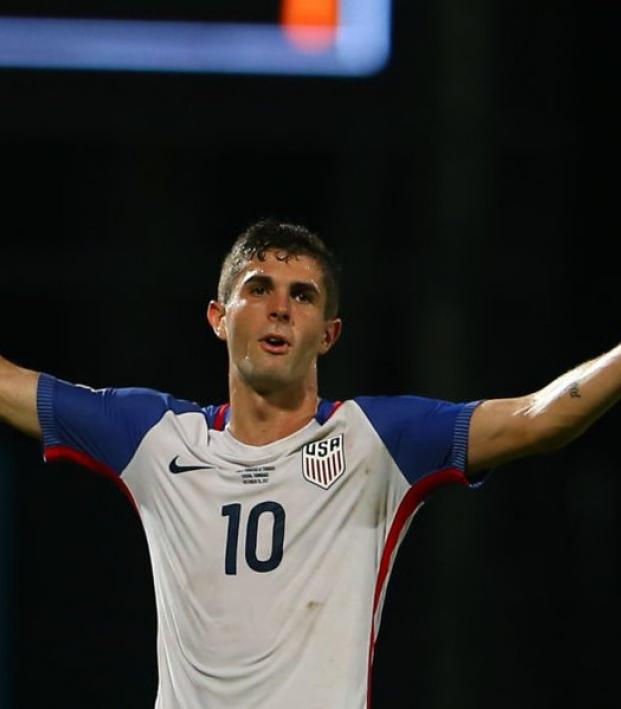 Travis Yoesting November 13, 2017
The 19-year-old USMNT star finally weighed in on missing the World Cup and had some good ideas moving forward for U.S. Soccer.

Leave it to 19-year-old Christian Pulisic to provide some much-needed perspective on the USMNT’s failure to qualify for the 2018 World Cup. In a current political climate that does not often favor communicating thoughtful, introspective sentiments, Pulisic finally spoke up on the state of U.S. soccer with a thought-provoking, well-written article in The Player’s Tribune released on Monday. The piece provided some insight into Pulisic’s feelings and even put forward a few good ideas on where U.S. soccer can move forward from here.

Following the UMSNT’s crushing loss to Trinidad and Tobago that kept the U.S. out of the World Cup for the first time since 1986, 12 years before Pulisic was born, Pulisic said he was devastated. He wanted to make his thoughts known but — in a rare moment of American prudence — waited for the right time to deliver his feelings.

“I also wanted to make sure that I had enough time, first, to pause and reflect,” Pulisic wrote. “And that when I did write something, it wouldn’t be to look backward.

“It would be to look forward.”

Let’s just take a moment and appreciate a famous American who doesn’t just take to Twitter to sound off on how he feels without first thinking about the consequences. If athletes (and politicians) followed Pulisic’s lead, public discourse in this country would be greatly improved.

Here are some of Pulisic’s best quotes for a cliff-notes version of his article.

I’ll just never forget the look on his face, or the sound of his voice, or the feeling of utter devastation in my body — when he turned to me and said, “We’re not going. We didn’t make it. We’re not going to the World Cup.”

Pulisic began his article illustrating his feelings as he walked off the field in Trinidad and Tobago, asked an assistant coach about the other scores in CONCACAF and found out the harsh reality that his dream of playing in a World Cup was over for at least four more years. It’s a moment all American soccer fans can vividly recall (it’s barely been a month) and I think as frustrated as fans were with the failure, it’s important to remember the players were just as crushed. 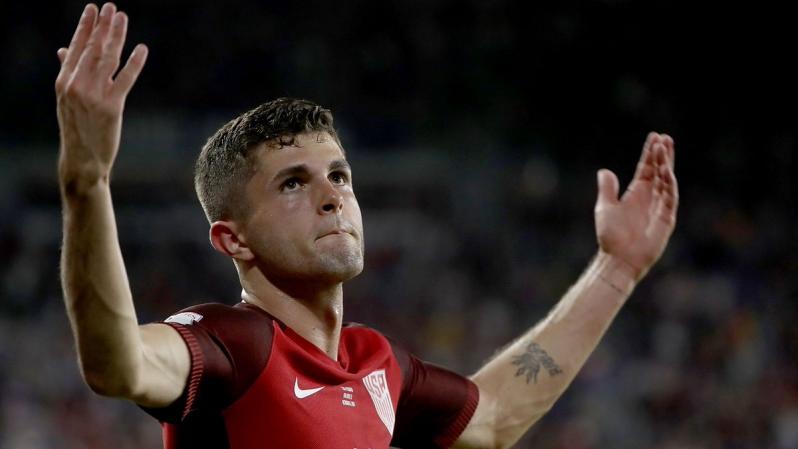 Pulisic claims he’s no “wonderboy” as some big-headed gingers would lead you to believe. This is perhaps his least-believable claim in the entire article. Not only is he the only American receiving regular Champions League playing time, he’s also apparently a writing prodigy in the making. While admitting he’s no expert, a couple of his thoughts provide significant ideas that U.S. soccer could make to improve the national team.

The path to the U.S. winning a World Cup — it doesn’t start with having “more talent.” It starts with developing the talent that we already have, in the right way.

This isn’t a new idea but it’s worth pointing out that one of the few talents that has developed into a top-class player doesn’t even think the U.S. is doing a good job of developing talent. A nation of 323 million people shouldn’t have a dearth of talent. If there is, it’s down to development.

But one thing that I’m not sure people realize, when they talk about my game, is just how lucky I’ve been to have a Croatian passport — and just how much of a difference it’s made for me.

That Pulisic has been able to train with Dortmund since he was 16 wasn’t all down to his athletic abilities. Had Pulisic not had a Croatian passport through one side of his family, he would never have been able to move to Europe at that age. Without a European passport, Pulisic would have had to wait until he was 18 to move abroad and, according to the teenager, the ages from 16-18 are some of the most important in the development of a player.

Why aren’t we campaigning for a level playing field, where our best 16 year olds — who may not have an E.U. passport like I had — are free to move when they turn 16, like the best young players in Europe can?

Here’s one point Pulisic makes that whoever is made the next U.S. Soccer president can immediately work on: improving the chances for Americans to play abroad in Europe before the age of 18. Most U.S. citizens do not have dual citizenship like Pulisic to allow them to sign for a European club at a young age. Josh Sargent, for example, is an extremely talented young American who has signed with Werder Bremen, but he can’t officially join the club until his 18th birthday in February.

Pulisic suggests U.S. Soccer could do more for the right of Americans to play abroad and while a lot goes into that (child labor laws, for one), you’d like to think some exceptions could be made for the good of the players and the soccer programs. 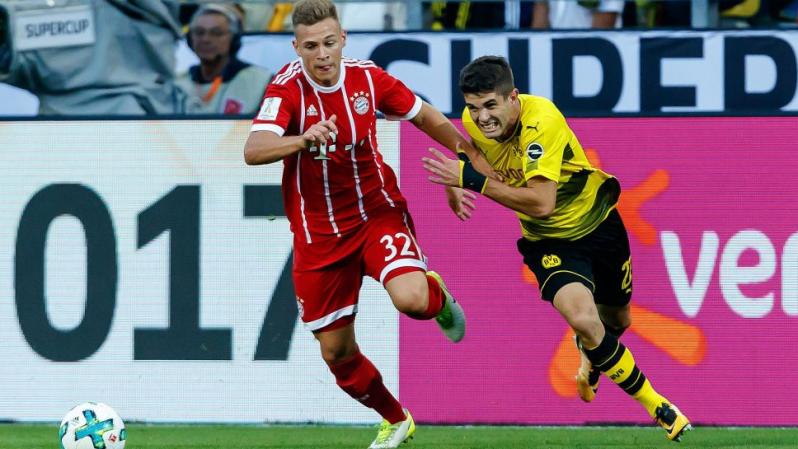 Pulisic has had to fight every day in practice to earn playing time with Dortmund. Photo: @Bayern_mania | Twitter

It really does frustrate me, when I watch MLS, and I see our best U-17 players — who, again, are so talented and so capable — being rostered … but then not being put on the field much to actually play.

Pulisic knows firsthand how playing time can impact a player’s development, being put on the pitch early and often in his Dortmund career. When he sees American players not given that same chance in American leagues, he wonders about the desire for MLS to really develop young players into budding stars. It’s a legitimate concern but one without any real, enforceable answers currently.

If I’m doing a thing, then I want to be the best at it. I’m not sure what that means … but it’s just who I am.

Pulisic gave a story of playing H-O-R-S-E with his dad after soccer practice and playing over and over until he won. It was an example of his desire to win at everything he does, from friendly basketball with his dad to a game of FIFA with his friends.

Unfortunately, Trinidad and Tobago was not willing to replay the World Cup qualifier over and over until the Americans won.

I won’t lie — I’ve been feeling pretty depressed this past month.

Welcome to the club, Christian. 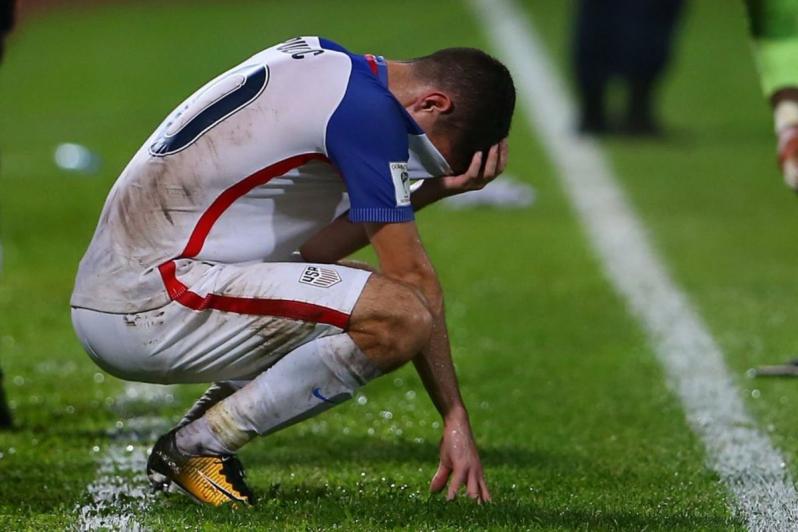 Pulisic ends the article on a positive note and essentially guarantees the U.S. will qualify for the 2022 World Cup. Soccer isn’t over in the U.S. just because the team missed out on one World Cup. The important thing is to learn from the setback and come back stronger.