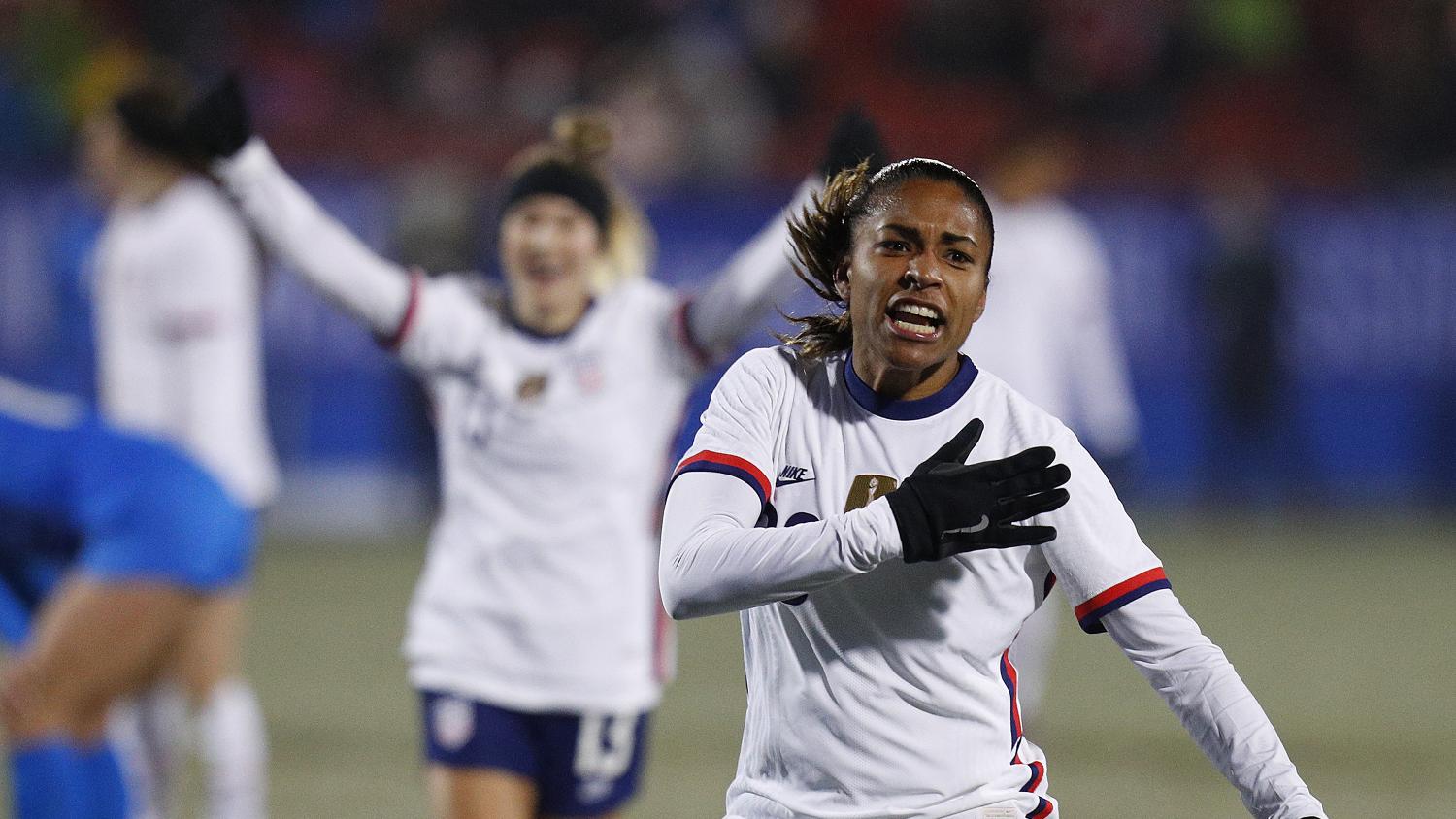 We here at The18 have long touted the exploits of Catarina Macario, from her time at Stanford to the start of her pro career with Lyon to her naturalization from Brazil to join the USWNT. Finally given the keys to drive the U.S. attack at the 2022 SheBelieves Cup, her play, if we’re being honest, was a bit disappointing in the first two matches.

She showed up in the tourney finale on Wednesday.

Macario scored one of the best USWNT goals in years then added a delightfully chipped goal to spark a 5-0 win over Iceland in a game the Americans needed to win to clinch first place at the SheBelieves Cup. Win they did, leapfrogging Iceland into first place for the fifth time in the seven-year history of the tournament. Czech Republic finished third followed by New Zealand in last.

Macario started at striker in all three matches at the SheBelieves Cup. None of the Americans could find a way past the Czech Republic in a stunning 0-0 draw that felt like a defeat. Things improved in a 5-0 win over New Zealand, even if three of those goals were scored by one Football Ferns defender.

For the first 35 minutes Wednesday, it looked like Iceland took notes from the Czech Republic in how to frustrate this USWNT offense. Until Macario did Macario things.

In the 37th minute, Macario was given a little space on the edge of the box and whipped in a curling shot off the far post and in to open the scoring in marvelous fashion.

FROM THE CORNER OF THE BOX!!!!

Since Carli Lloyd’s goal from midfield against Japan in 2015, I can’t remember many better individual goals than that for the USWNT. Here it is once more in slow motion.

a thing of absolute

Macario’s second was almost as good.

Taking control of the ball in the box seemingly with nowhere to go, the 22-year-old brilliantly lobbed a shot over keeper Sandra Siguroardottir into the far corner just before halftime.

Macario came into Wednesday’s match with three goals in 14 U.S. appearances, nearly equaling that tally in 45 minutes against Iceland. Though she struggled a bit in the first two matches of the tournament, she finally showed the same quality seen from her at the college and club levels with the national team as the go-to forward.

Mal Pugh scored the third and fourth goals for the Americans. Ashley Sanchez, she of the dirty skill moves against New Zealand on Sunday, set up Pugh with a delicious through ball in the 60th minute. Pugh may have been offside, but the play stood.

Mallory Pugh puts USA up 3-0 in the #SheBelievesCup ‼️ pic.twitter.com/KLdxp7LlXb

Pugh then made it 4-0 following a give-and-go with Macario. Moments earlier Pugh didn’t make the extra pass to Macario in a similar situation, but that didn’t stop Macario from making the best decision to give Pugh a simple finish.

Finally, Kristie Mewis poked home the fifth in the 88th minute to complete the scoring.

Despite being played in North Texas, Iceland probably felt at home given the temperatures in the low 20s with high humidity. In fact, it was about 10 degrees warmer in Reykjavík, Iceland, at kickoff. It was so cold Abby Wambach, in the stadium watching the game, briefly joined the broadcast in the second half to get in from the cold. At least, I assume that’s why she hung out in the booth; it wasn’t really clear.

But at least the match was warmer than the one played Wednesday night in Commerce City, Colorado, where the Rapids lost to Guatemalan side Comunicaciones on penalties in the Concacaf Champions League with temperatures at 10 degrees at kickoff before a flurry of snow arrived in the first half and intensified in the second.

It was a big week for the USWNT, which on Tuesday announced a settlement with U.S. Soccer over the players’ gender discrimination lawsuit. USWNT players will receive a $24 million payout and the U.S. Soccer Federation promised to provide equal collective bargaining agreements for the USMNT and USWNT by March 31. USSF president Cindy Parlow Cone joined the ESPN2 broadcast at halftime to talk about the agreement. It was a landmark deal for women’s soccer, just don’t tell that to Hope Solo.