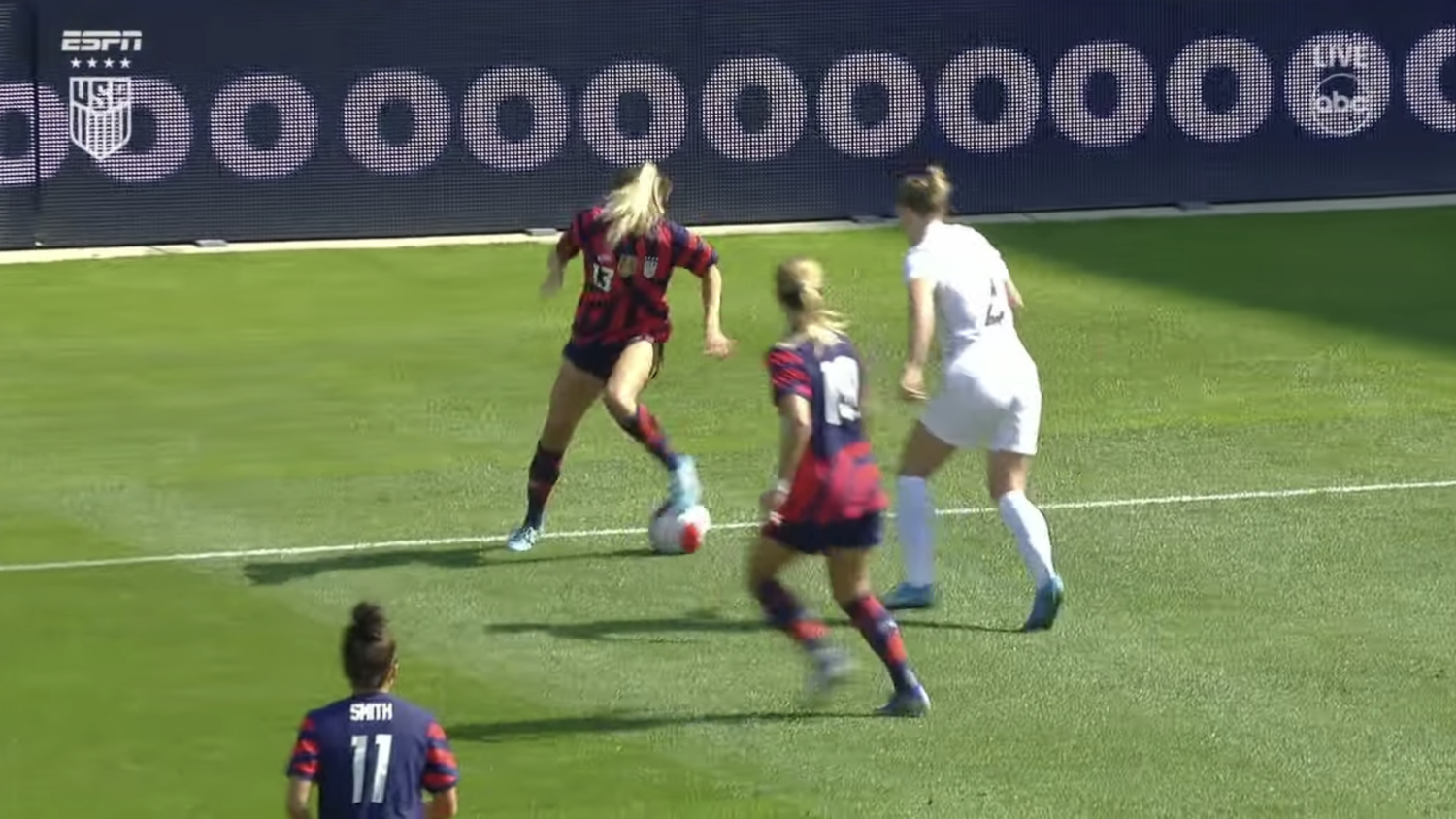 The USWNT bounced back from a poor performance against the Czech Republic by crushing New Zealand 5-0 on Sunday. It helped to have Football Ferns defender Meikayla Moore score a perfect hat trick of own goals, but the Americans were far more adventurous on offense, creating better scoring opportunities than in the stunning 0-0 draw a few days earlier.

Key to that attacking intent was 22-year-old midfielder Ashley Sanchez, given her first career start for the national team. Sanchez, a former star at UCLA who grew up 30 miles from Sunday’s venue in Carson, California, was superb in the middle of the park, setting the tone for the win more in line with what USWNT fans expect against this sort of competition.

"Today Ashley Sanchez gave us what we needed," says Vlatko Andonovski post-game. Broke into some details that are too long for a tweet. "I'm very happy with her performance." #USWNT

One moment in particular stuck out for me from the match, one that I’m still thinking about more than 24 hours later. It was a delicious piece of skill from Sanchez on the far sideline in the 15th minute, one that was actually nullified by an oblivious assistant referee, duped by a defender begging for mercy against the ingenious Washington Spirit player.

Tussling with New Zealand’s C.J. Bott, she of the grisly broken arm at the last Women’s World Cup, Sanchez used strength to make space for herself, then sucked Bott in close with a quick drag-back before flicking the ball over Bott’s boot and using her other leg to sweep the ball toward goal, all while spinning 360 degrees. It was a stunning bit of magic from a player with just four USWNT caps.

ashley sanchez is. so. good. pic.twitter.com/PbBmrmt7MP

Tobin Heath better watch out, Ashley Sanchez could become the new skills queen of the USWNT.

Unfortunately, as Bott raised her arms (good to see them both in one piece) begging the officials to call the ball out of bounds, the assistant referee — nowhere near the incident — raised his flag and the ball was whistled out, though replays appear to show the whole ball didn’t cross the whole line. The whistle was a mere mercy call for Bott.

With Sunday’s victory, the USWNT restored some sense of normalcy after the meek showing against the Czech Republic. A win over Iceland on Wednesday in Frisco, Texas, will see the U.S. once again win the SheBelieves Cup. A draw won’t be enough, as Iceland currently tops the group with six points after defeating New Zealand and Czech Republic. The final match will kick off at 9 p.m. ET on ESPN2. (The New Zealand-Czech Republic match begins at 6 p.m. ET on ESPN3.)