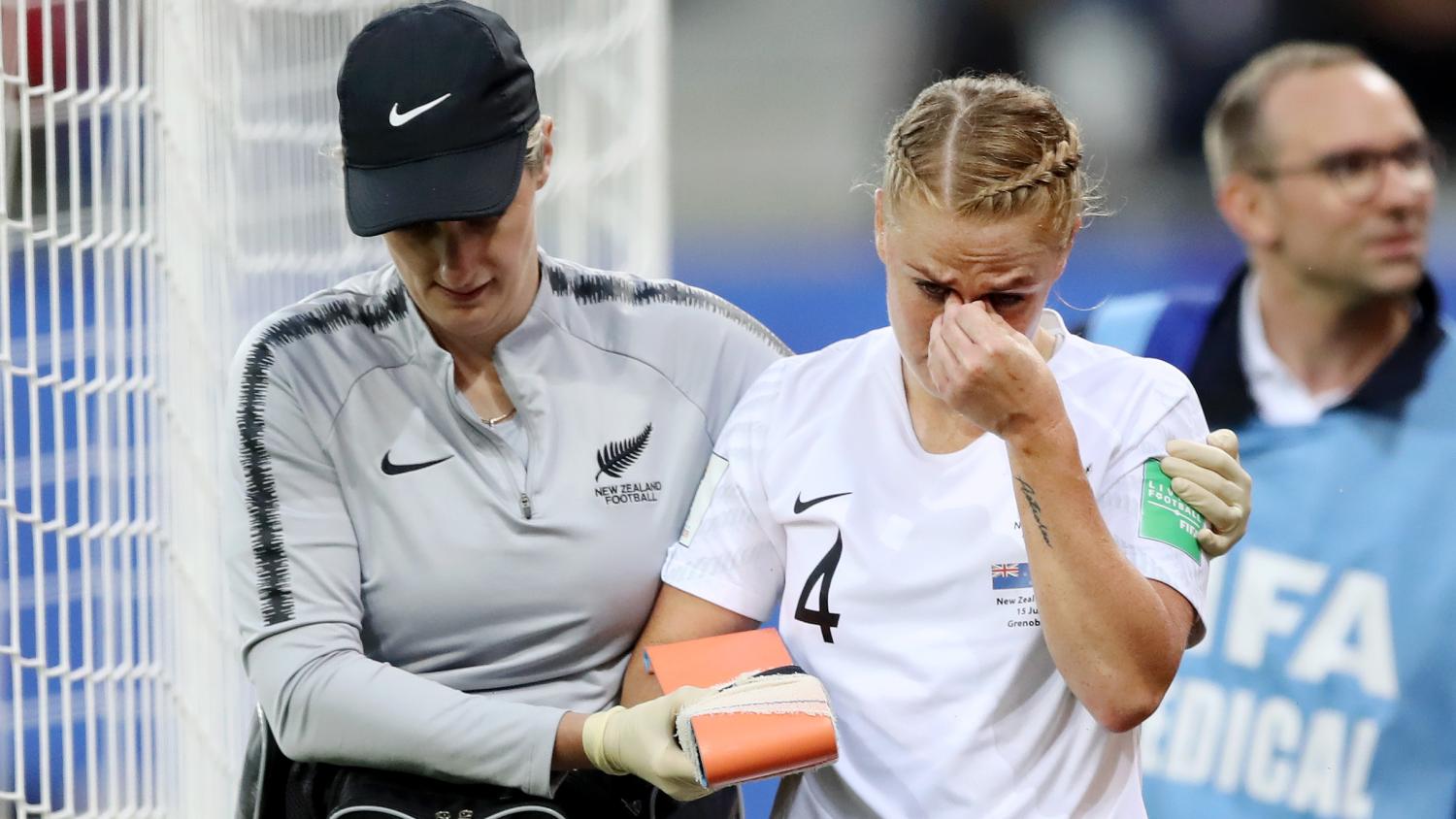 New Zealand’s CJ Bott had to be subbed off with a first-half injury after blocking a shot from Canada’s Janine Beckie.
Getty Images

CJ Bott was in clear pain. Replay showed why.

The New Zealand right back’s arm was gruesomely bent back by a cross from Canada’s Janine Beckie in the 14th of their Group E match on Saturday. After a lengthy delay to stabilize the arm, Bott was taken off the pitch and replaced by Annalie Longo.

Bott was able to walk off under her own power, but she was visibly upset, shouting “F*ck!” as she exited the field, cast over her lower arm.

Slow-motion replays show just how far back her arm bent backward when it was struck by Beckie’s cross.

(Warning: Videos and images below are graphic.)

Arms are not supposed to do that.

Catherine Bott looks to be in a world of pain here...

Hopefully the Bott injury isn’t too serious and everyone wishes her a speedy recovery.

As soon as Bott was taken off the field, Canada nearly scored. Christine Sinclair, three shy of tying Abby Wambach for most all-time international goals, struck the post with a header. In the ensuing scrum, New Zealand’s Katie Bowen made a heroic goal-line clearance.

Sinclair nearly gets career goal No. 182 but hits the woodwork, then Kadeisha Buchanan has her attempt cleared away by #NZL pic.twitter.com/FIpB1Pk9Ap