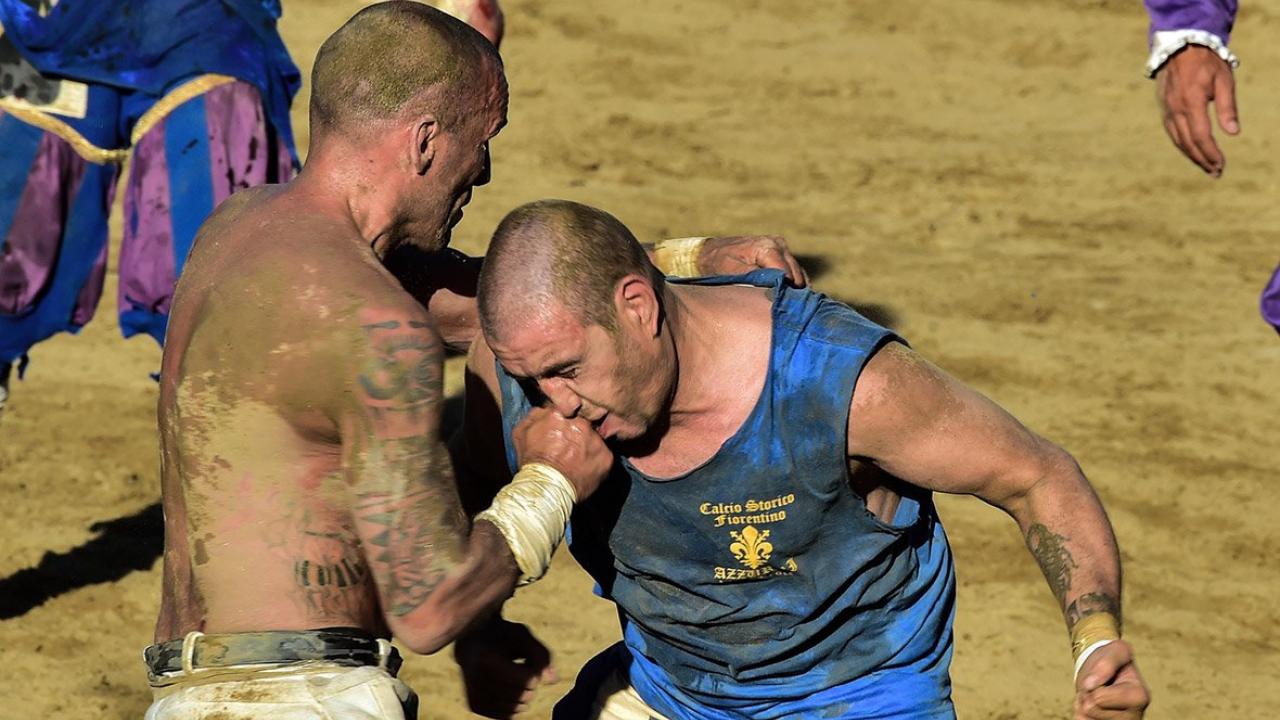 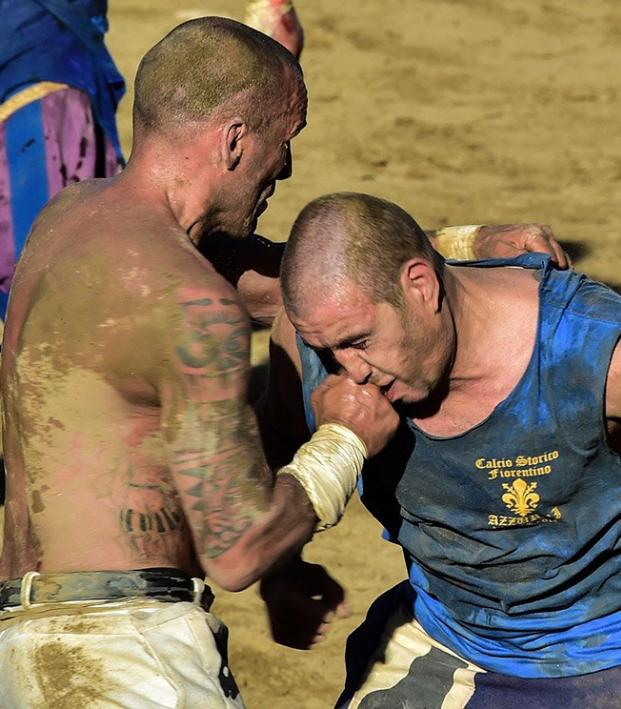 The final of Florence’s Calcio Storico goes down tomorrow between the districts of Santa Maria Novella (the Reds) and Santo Spirito (the Whites), and the road to the championship, as you might’ve guessed, has been paved with blood, guts and fisticuffs. If you haven’t heard of Calcio Storico, here’s a quick introduction to the most hardcore sport outside of Razor Scooters.

So Calcio Storico is an early form of football/future form of UFC, depending on how you want to look at it, with 27 players trying to brutalize one another while, as an afterthought, they also try to scoot that big ball from coast to coast.

The winner gets a free dinner, glory and a broken clavicle. Meanwhile, the loser has to live with the fact that they’re shameful cowards who aren’t fit to dwell in the House of Medici.

The Bianchi (Whites) are in the championship this year after their semifinal against the Azzurri (the Blues from the district of La Santa Croce) was abandoned after 15 minutes. 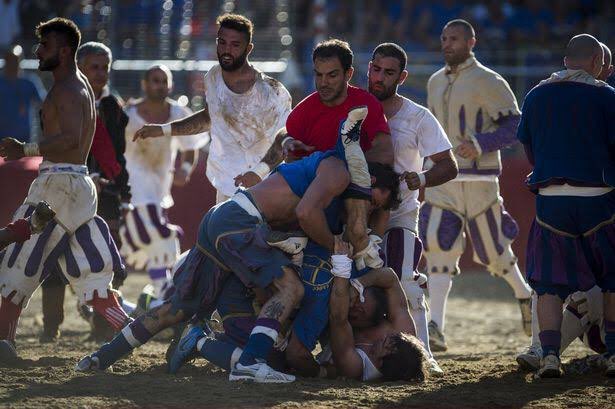 "Have some of this you Bianchi scum!" Photo: @CityNews_it | Twitter

How could a game without rules be abandoned? Because there is obviously one rule that says you can’t punch the referee, refuse to leave the pitch, trigger a 40-man mass brawl and then ignore the riot police — that’s obviously the one thing you can’t do, but that didn’t stop some madman from trying it. 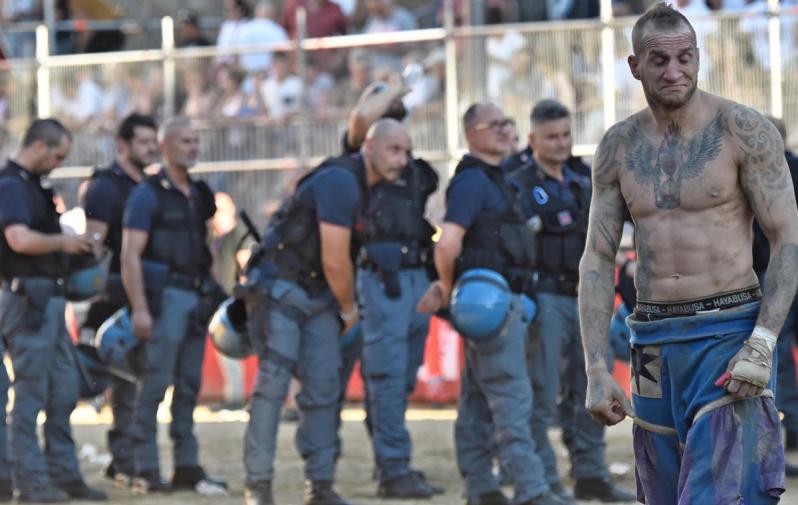 So the Whites will likely be a little more rested and a little less mangled than the Reds in the final, making them the favorites to not die. The Reds had to overcome the San Giovanni district (the Greens) over the course of 50 grueling minutes on the blood-soaked sands of the Piazza Sante Croce.

Somewhere in the great beyond Niccolo Machiavelli is so excited about tomorrow that he’s having trouble sleeping. 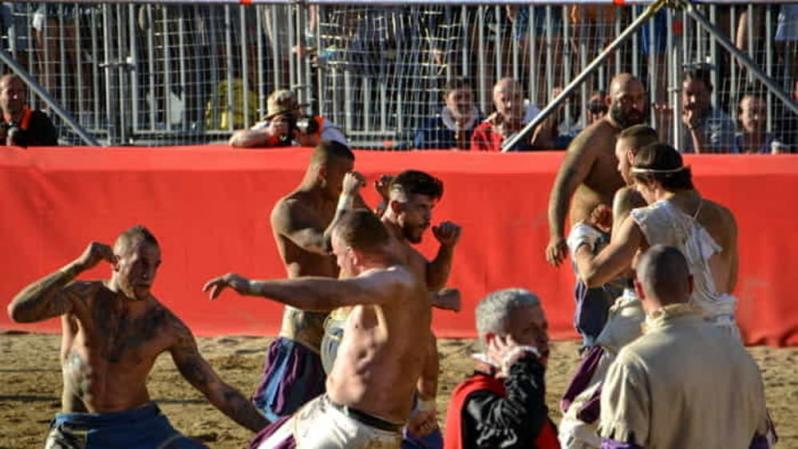 See the guy who's fashioned a headband out of his shirt? Photo: @CityNews_it | Twitter 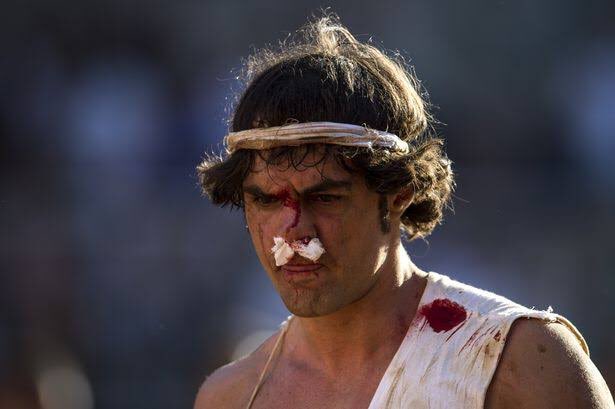 He didn't have a good game. Photo: @CityNews_it | Twitter