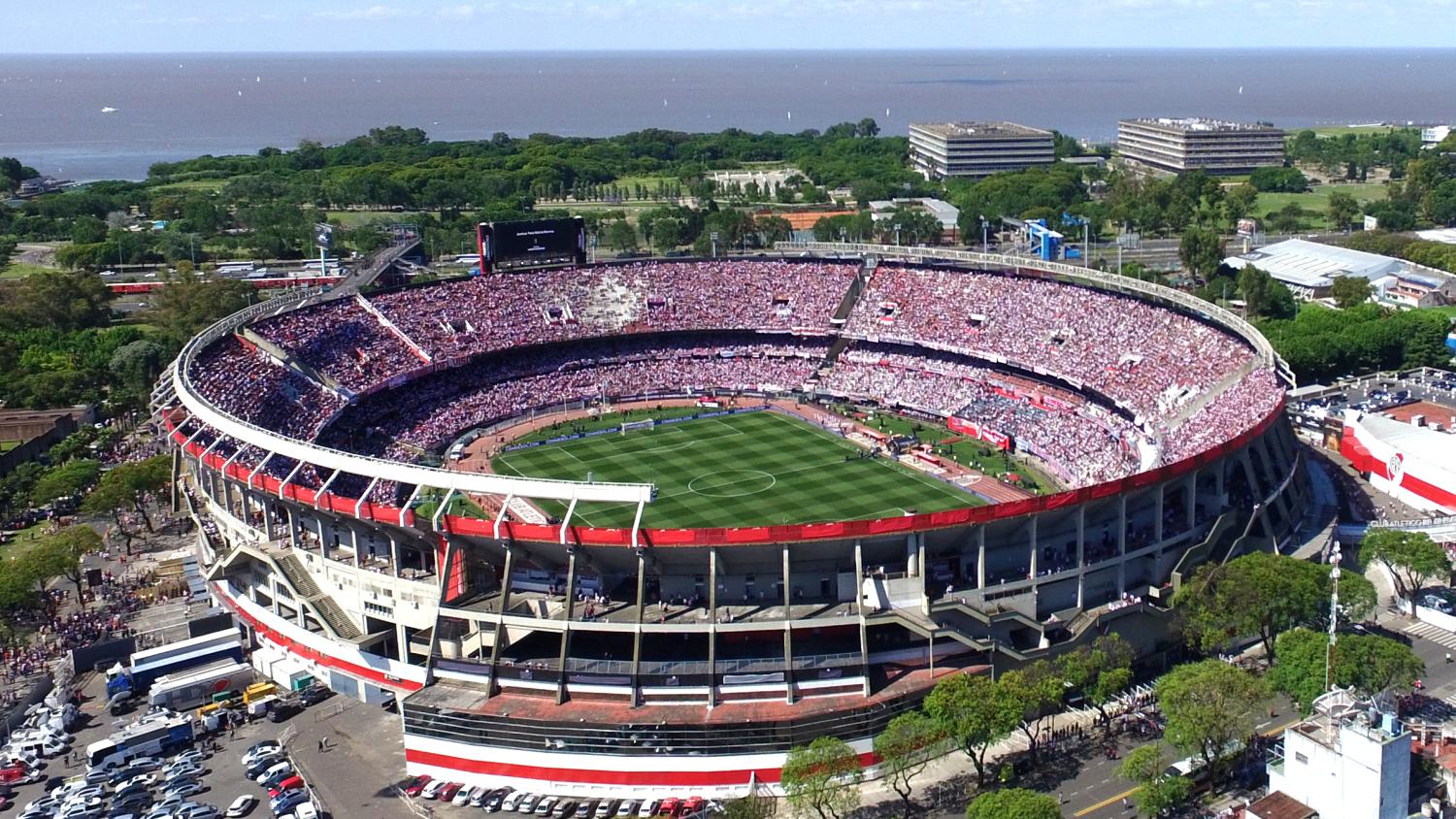 We all love a good rivalry, but this attack on the Boca Juniors bus is going way too far.

Fans from River Plate attacked the bus of rival Boca Juniors ahead of the second leg of their Copa Libertadores final on Saturday, leaving at least six players injured.

At the time of this article being published, the match was twice delayed but schockingly still scheduled for late Saturday, with many attributing FIFA president Gianni Infantino with trying to force Boca to play despite the poor condition of many players.

The first match of the two-legged final was a 2-2 draw at La Bombonera, Boca’s famed home. That match was delayed by a day because of torrential rains.

Following the return from the international break, the two teams were set to go at it again Saturday at El Monumental. To prevent fan violence, away supporters weren’t allowed in the stadium for either match, but that didn’t stop Boca fans from showing out in force before the match.

River Plate fans were also out on the streets before the match, but caused much more havoc.

It all stems from this as Boca's bus got pelted arriving at the stadium and the windows were smashed [Via @TNTSportsLA]
pic.twitter.com/QRYAMpVlks

The view from inside the Boca Juniors bus after it was attacked on its way to the Superclásico in Buenos Aires
(via @MARCAClaroARG) pic.twitter.com/FdAzGmWOLF

Video from on board the Boca bus - the players still singing originally until the mood seems to turn [via @Fedito] pic.twitter.com/4QgQegqnrp

A number of players were in bad shape after the Boca Juniors bus attack, with up to six reportedly needing to receive medical attention, including Carlos Tevez.

The Copa Libertadores final was initially delayed by an hour.

The delay meant the match ball had to remain hovering for a while, because gravity holds no sway in El Monumental.

Most assumed CONMEBOL was just buying time before figuring out when to reschedule the match. But reports soon surfaced that Infantino, on hand for the match, demanded the game go on to honor television commitments.

OFFICIAL: @FIFAcom (Infantino) has just told @TanoAngelici that if Boca do not play today, they will be disqualified. #Libertadores2018

Shortly after those reports came out, CONMEBOL said the match would be further postponed to a later time Saturday, with a CONMEBOL doctor saying the injuries were only "superficial."

Saturday’s actions from River Plate fans were absurd, unnecessary and could keep their club from winning the most prestigious competition in the Western Hemisphere.

To be fair, most of the River Plate fans were not committing acts of violence. But even if fans weren’t pelting a bus with stones and tear gas, others were sneaking flares into the stadium by strapping them to a young girl.

Here's a River Plate supporter attaching flares to a young girl in order to get them into the stadium. pic.twitter.com/fLNuV0QuI3

And still more fans broke into fights with police trying to get into the stadium.

Fights between River Plate fans and the police outside the Monumental, as seen fans jumping over the fence trying to get into the stadium. pic.twitter.com/F1ztuFmww7

Of course, River Plate supporters aren’t the only ones to blame. Some might see this as payback for when River players were attacked with pepper spray by Boca fans at halftime of a Round of 16 Copa match three years ago. Boca was expelled from the tournament and River given a pass into the quarterfinals.

Plus, according to soccer author Ken Bensinger, people in Argentina are upset at more than just opposing fans.

The context of the Boca-River pregame violence is important to consider: Argentina is suffering from yet another economic crisis; inflation could surpass 40% by year's end. Unemployment is soaring. Political polarization is intense. People are ANGRY in general right now.

The match was postponed until Sunday.