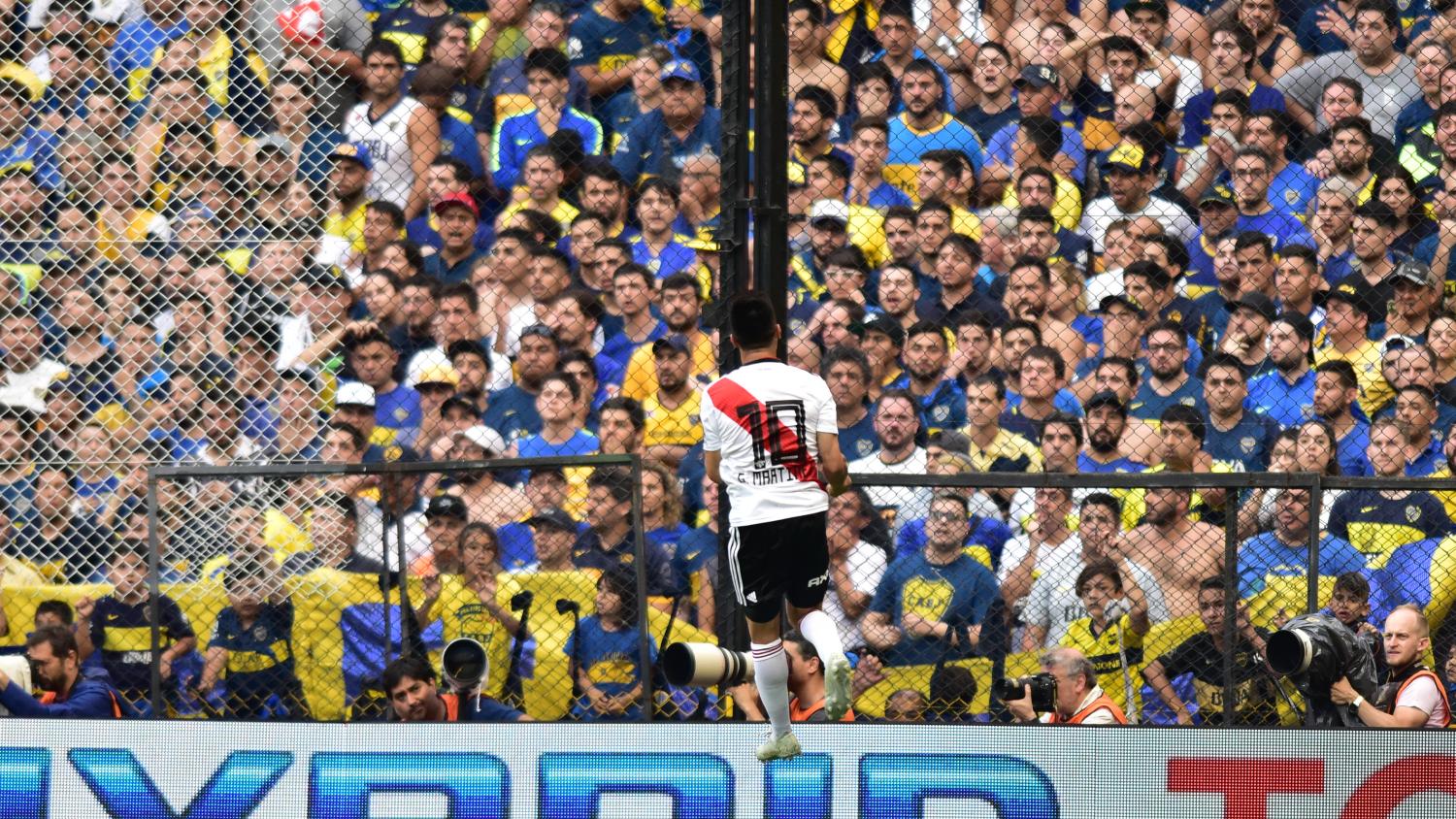 After yesterday, we'll have to rename ourselves "The18 (and La Bombonera): Where Soccer Lives."
Getty Images

The18 is where soccer lives, but soccer definitely has an all-time home in Buenos Aires, located in La Boca neighborhood, and everybody calls it La Bombonera.

River Plate and Boca Juniors just gave, once again, the ultimate demonstration of passion in football. La Bombonera yesterday, no matter the rain and the resulting floods and the traffic, was nothing but an oven in which over 50,000 maniacs cheered their lungs out hoping for a Boca win. Unfortunately for the show, only the local supporters are allowed at the stadium in an effort to avoid violence.

That doesn't mean River Plate fans didn't do their part as well. They couldn't go to the stadium, but they made themselves present — marching, singing, cheering and waving red and white flags all over the country.

The match itself was good for a Copa Libertadores final (they normally are very intense, but nerves and pressure tend to affect the technical quality). Boca led twice, first by a superb effort from Wanchope Abila, who managed to find a gap to shoot and then went for the rebound faster than any defender to finally beat River's brilliant keeper, Armani.

And the stadium went down. Just look at the stands in that moment: an avalanche of people.

However, the party lasted only a few seconds as Pratto scored the equalizer for River right away with a beautiful finish. If he had been Cristiano Ronaldo, he would have challenged the crowd with that signature celebration: "Easy, calm down, I'm here."

By the 34th minute, Cristian Pavon, Boca Juniors' star winger, felt a muscle pull and was replaced by Boca's hero, Dario Benedetto. Who else could have scored the 2-1 right before halftime with a wonderful header?

Again, the stadium went down. You get goosebumps just from seeing it. The passion in the atmosphere is ridiculous.

The second half was divided, unprecise, tense and fearless. River ultimately equalized by the same route: dead ball, in-swinger, a little deviation and to the bottom of the net.

You know what though? River Plate and Boca Juniors tied yesterday and it's all-in on November 24th, when they see each other for the last game at RIver's El Monumental, but yesterday, Soccer won.

Why? Because the soccer yesterday was good, but not as enjoyable as what you might find in some European leagues. The key here is that technical and tactical mastery is not all — Soccer is also the people, the cheering, the passion, the return to that amateur feeling, to the roots of soccer. That's soccer too, and most likely it's the most beautiful part of this game.

Yesterday I felt goosebumps for 90 minutes or more because the crowd made me remember how it felt before the tactics, the professionalism, before deadlines, work, salaries and pressure. I felt that amateur feeling again — the improvised games on the streets, the walls painted with soccer heroes, the clubs that represent history and culture, the families that are united by a jersey.

Everybody that loves this sport should watch that game, not to learn about tactics or technique but to understand what soccer means to so many people on this planet, and there's still one more match to go.

Don't be silly, don't miss it.