If Bill Hamid’s Performance Against Toronto Doesn’t Earn Him USMNT Minutes, Nothing Will 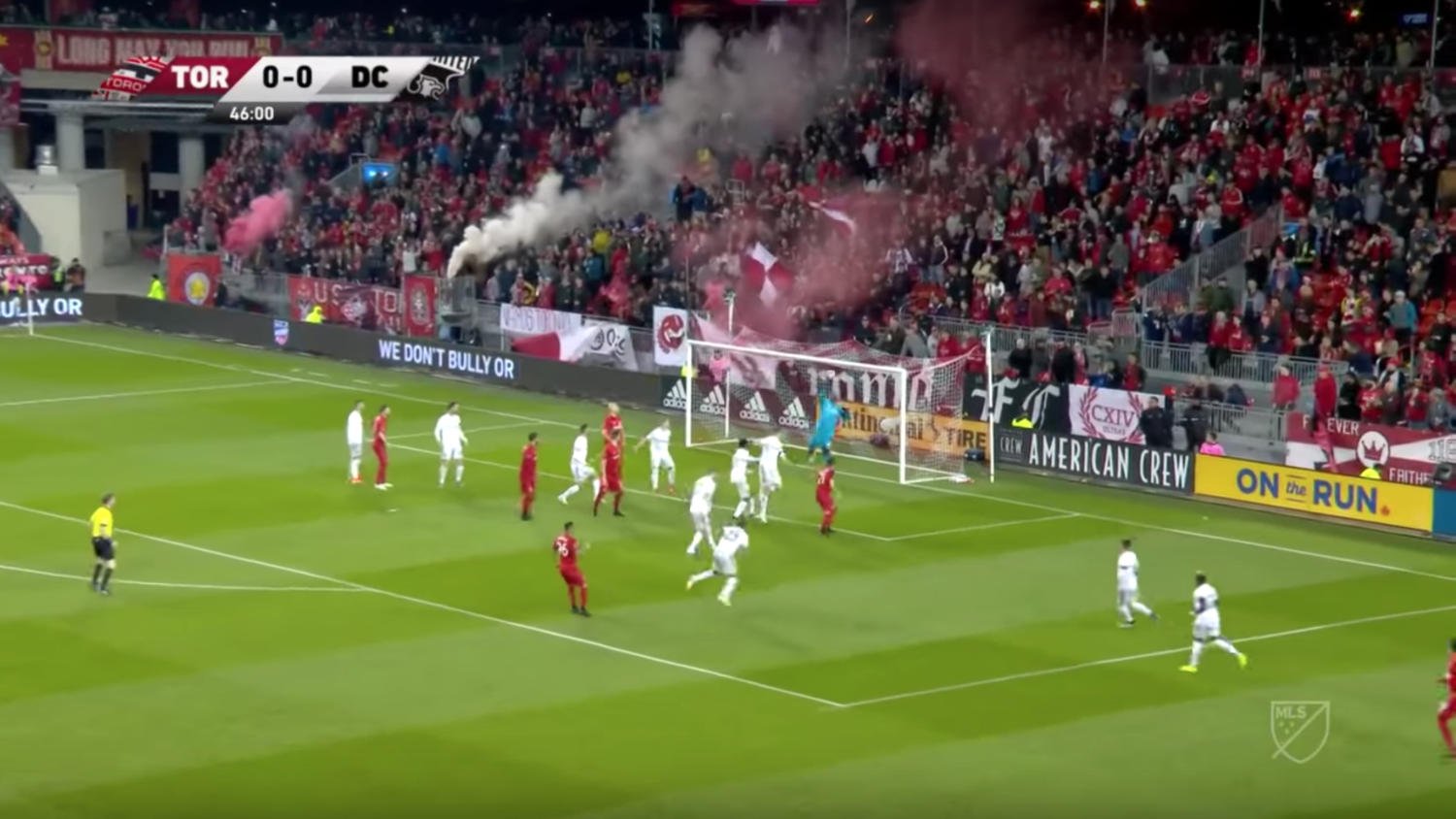 Bill Hamid might be the best keeper in MLS right now after making 12 saves on Wednesday, but is it enough to earn playing time with the USMNT?
Major League Soccer | YouTube

For more almost a decade now, Bill Hamid has been a stalwart goalkeeper in Major League Soccer. At 19, he became the youngest goalkeeper to win a regular-season MLS match, beating Tim Howard’s record by four days.

Hamid has now made 200 appearances for D.C. United — and Wednesday night’s was arguably his best performance yet.

The question is: Will it get him some playing time with the USMNT?

Hamid, 28, has six caps with the USMNT. He made his debut in January of 2012 and has won two Gold Cups, but he’s never been a regular in the lineup, always a second or third choice.

To be fair, that’s what happens when you play goalkeeper in the United States.

The one position the USMNT never has to worry about is goalie. Dating back to the days of Tony Meola, the U.S. has never lacked for world-class goalkeepers. Players like Brad Friedel, Kasey Keller, Tim Howard and Brad Guzan never left much room for the likes of Matt Reis, Kevin Hartman and Luis Robles. Even Nick Rimando, who owns the MLS records for career shutouts, wins, saves and appearances, only has 22 USMNT caps, always called in but never put in.

Hamid, the 2014 MLS Goalkeeper of the Year, currently falls into the latter category of keepers: really good, but not in that top echelon required to be a full-time starter for the USMNT.

But with Howard retiring, there’s never been a better chance for a goalkeeper to make a claim to the starting XI. Sure, there’s still Guzan, but seeing as he’s back in MLS, the door is open for the likes of Hamid, Zack Steffen and Sean Johnson, not to mention (slightly) younger talents like Jesse Gonzalez, Ethan Horvath and Jonathan Klinsmann, the latter two of whom are currently the only goalies in the USMNT picture currently playing abroad. Even MLS veterans like Stefan Frei and Tim Melia are good enough to merit consideration.

The result was a Reds side that utterly dominated the match, possessing 71 percent of the ball. Toronto took an absurd 35 shots — 35! — with 12 of them hitting the target.

Bill Hamid saved them all.

Although D.C. didn’t have to worry about Jozy Altidore (he returned from injury Saturday but wasn’t in the 18 on Wednesday), Toronto still had plenty of firepower, especially with Alejandro Pozuelo hitting stride with his new club. The Reds peppered Hamid’s goal throughout while United managed just three shots all game, its best chance coming in the first minute.

Hamid was up to the task, recording a career-high 12 saves to go with two punches clear. He now leads MLS with seven shutouts as United stayed atop the Eastern Conference standings with the hard-earned away draw.

Your @Heineken Man of the Match! The big man, @BillHamid28!

Bill set a new career high in saves tonight with 12. He also now leads the league in shutouts with 7.

Hamid, who is currently on the books at Danish club FC Midtjylland but was loaned back to D.C. United, will hope USMNT coach Gregg Berhalter was watching.

Full highlights of the match show just how busy Hamid was throughout the match.

Hamid’s chances with the USMNT have been few and far between.

He recorded a 1-0 shutout win over Venezuela in his 2012 debut but didn’t see the pitch again until 2014 in a 4-1 loss to Ireland. He’s won two Gold Cups, but only appeared in one match, the final group game in 2017, a routine 3-0 rout of Nicaragua, his first appearance since 2014 and to date his only non-friendly cap.

Since the USMNT’s World Cup debacle in 2017, Hamid’s been called back into the fold a bit more. He played 45 minutes in friendly draws against Portugal and Bosnia in late 2017 and early 2018 and last year again found himself on the end of a losing effort to Ireland, 2-1. Since then, he’s yet to receive a call-up.

If there’s one position the U.S. has depth in, it’s goalkeeper. Guzan is aging but still a top-notch keeper. Zack Steffen, Berhalter’s former keeper with the Columbus Crew, is probably a front runner to be the next No. 1. Johnson, Horvath and Klinsmann also deserve more chances to prove themselves.

But Bill Hamid, as his performance on Wednesday night showed, shouldn’t be forgotten about. He should be considered for every USMNT match — unless it’s against Ireland.

As great as Bill Hamid was against Toronto, Whitecaps goalie Maxime Crépeau came up with the best save Wednesday. Well, best triple save.

Though it was in a 1-0 defeat to Atlanta United, Crépeau kept his team in it until the end by making three back-to-back-to-back denials in the 59th minute.

Admittedly, his defense probably should’ve done a little better to clear the ball, but Crépeau was on his toes to keep the match at 1-0.

The Vancouver keeper had no chance on the goal Atlanta did score, a penaly from Josef Martinez.

We should also note that Atlanta, with Guzan in goal, now has five straight shutout wins, an MLS record.

Yeah, Guzan is still pretty good, too. If only the USMNT had that sort of quality and depth at every other position.