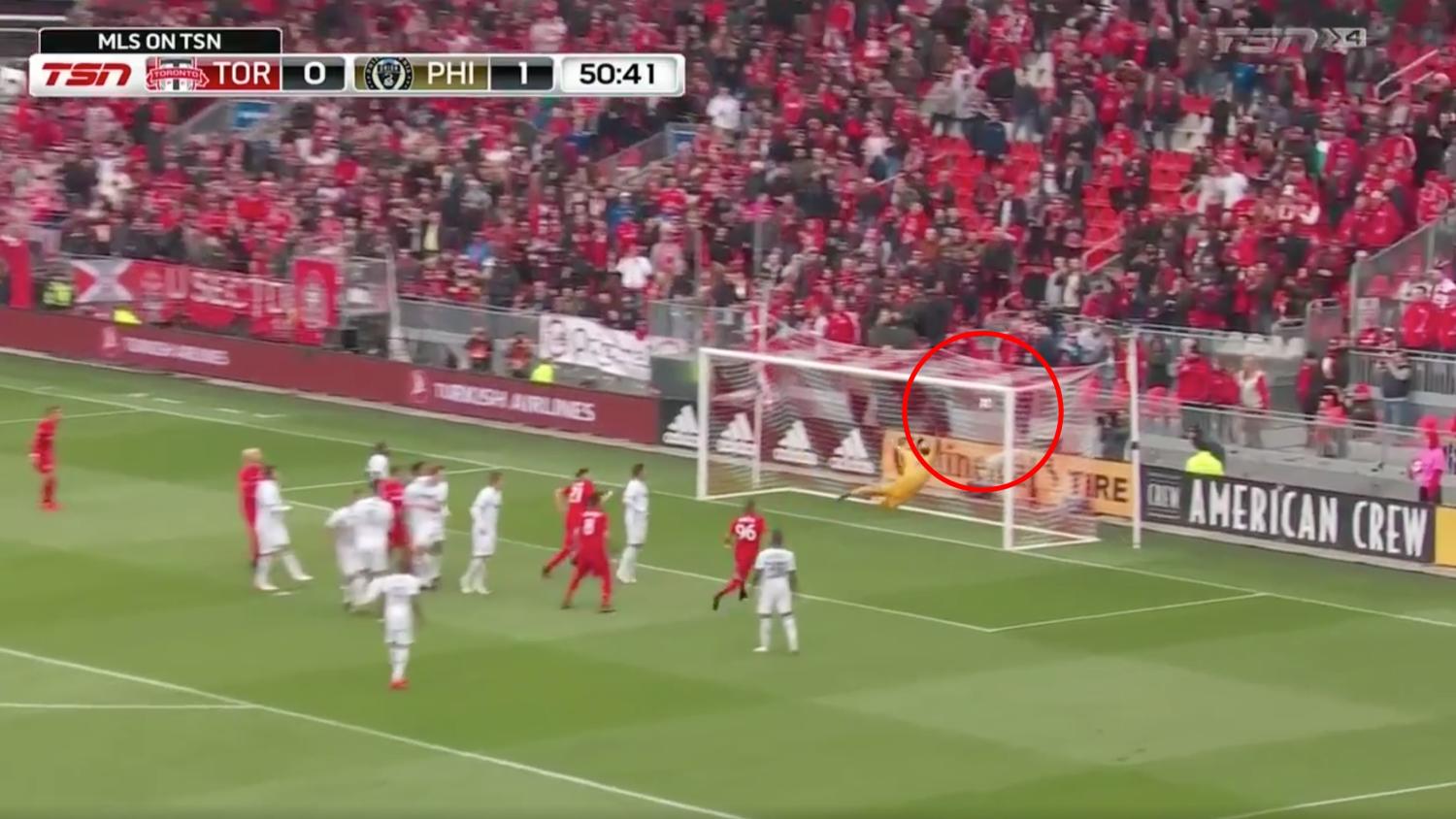 Toronto FC’s new No. 10 is making himself right at home in MLS.
@MLS | Twitter

Alejandro Pozuelo wasn’t a splashy signing like many in the recent years from Toronto FC. The former Real Betis, Swansea and Genk midfielder didn’t have the name recognition of a Michael Bradley, Jozy Altidore or Sebastian Giovinco, the man he was brought in to replace after Seba was sold to Saudi Arabia.

But Toronto FC’s new No. 10 is quickly winning over fans north of the border.

Alejandro Pozuelo made an immediate impact after joining the Reds in late March, notching two chipped goals (one with each foot) and an assist in a 4-0 win over NYCFC. His second goal blew the mind of Altidore.

Pozuelo wasn’t a huge goal scorer while playing in Europe. Over the last three-and-a-half seasons with Genk in Belgium he scored 25 goals in 177 appearances.

But now in MLS, he can’t stop scoring.

The 27-year-old Spaniard scored his fifth goal in his eighth appearance with another lovely bit of skill, delicately placing a close-range free kick into the upper 90.

What a delicate, yet delightful shot. It was reminiscent of a recent Lionel Messi free kick.

The only thing that keeps this goal from being one of the prettiest this season is Pozuelo’s new hair color, though it’s not quite as bad as Chicharito’s new 'do.

Despite the goal, and the introduction of Jozy Altidore, back after an injury layoff, Toronto lost 2-1. Jamiro Monteiro netted the winner in the 68th minute. Just as worrying for the 2017 MLS Cup champions: Laurent Ciman went off injured in the 78th minute.

With the win, the Philadelphia Union moved to alone in first place in the Eastern Conference standings.