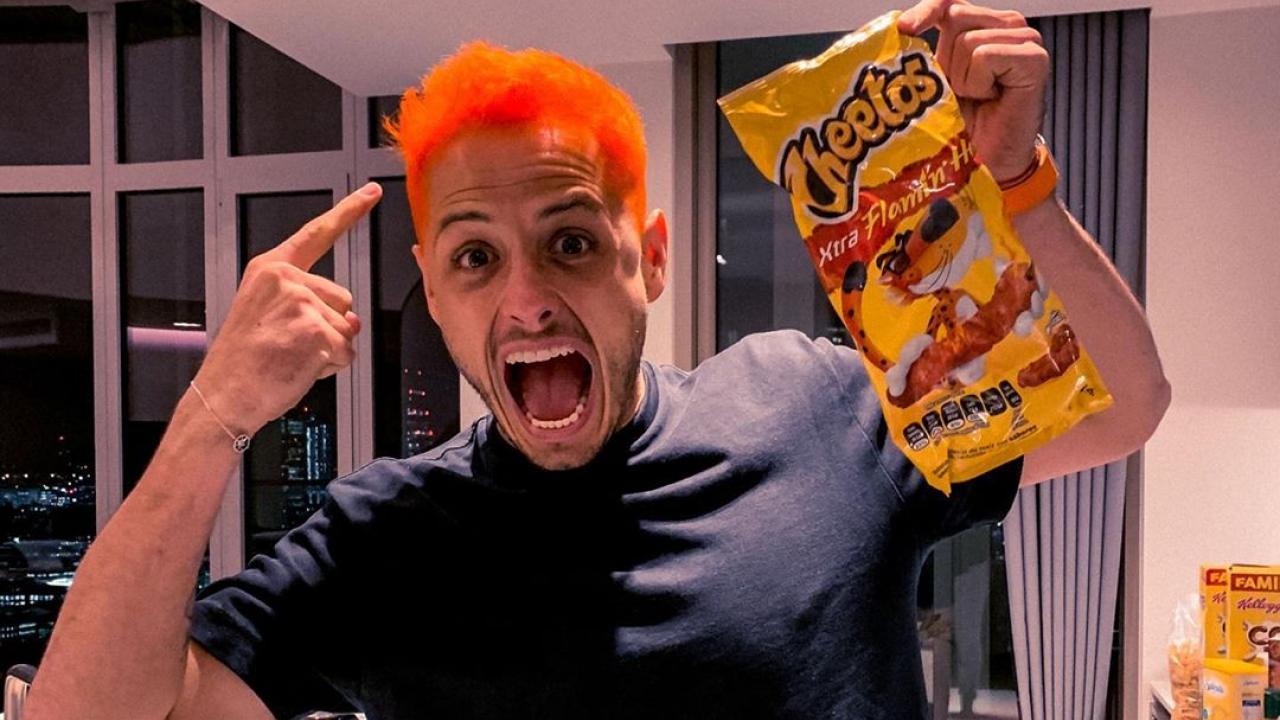 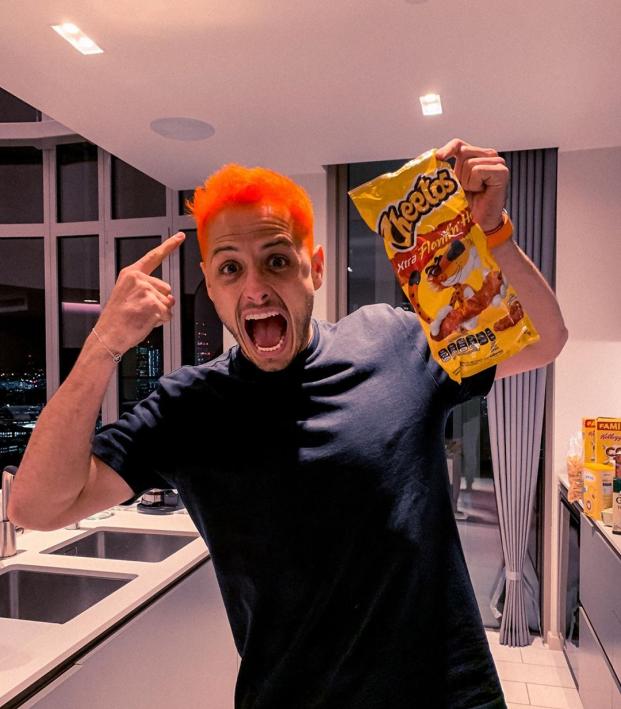 Javier Hernandez has gone through his share of hairstyles. The latest Chicharito hair color has to be the best.

Hernandez made a bizarre post on Instagram on Friday night, less than 48 hours before West Ham’s season-finale against Watford. Sporting a surprised look and a bag of Flaming Hot Cheetos, Chicharito debuted a bright orange hairdo.

I’d love to think Chicharito — or should we say, Cheetorito — did this for fun and not as an ad, but at the same time I’m going out to buy some Cheetos in a minute. But maybe he just wants to support compatriot Raúl Jiménez and Wolves ahead of their big match against Liverpool on Sunday.

This isn’t the first time Hernandez has changed his hair over the years.

Last summer, Chicharito dyed his hair bleach blond during the World Cup like it was 2002 all over again. In 2017, he shaved his head after losing a Super Bowl bet.

Personally, I like this new Chicharito hair color the best, and his new wife, Australian Sarah Kohan, does too. She posted her support of the ’do on Instagram, right below a post from Hernandez’s former Manchester United teammate Patrice Evra. 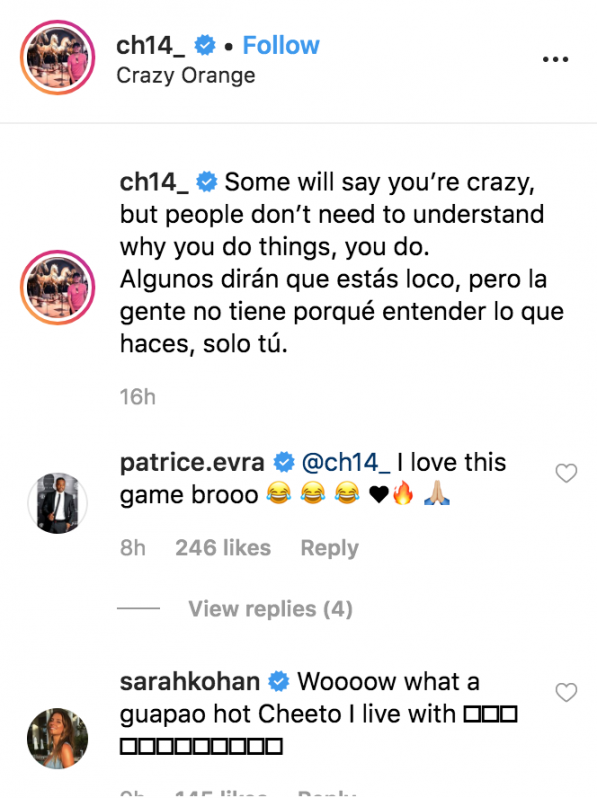 Kohan may want to keep her hands out of her hubby’s hair though — that cheese will stain your fingers, your clothes and your dog.

Hernandez and Kohan eloped in March and the model is pregnant with their first child.

When you’re 8 months pregnant and can’t do your shoes up anymore.... I think I prefer it this way

I just hope the baby comes out with orange hair so we know it’s Chicharito’s.