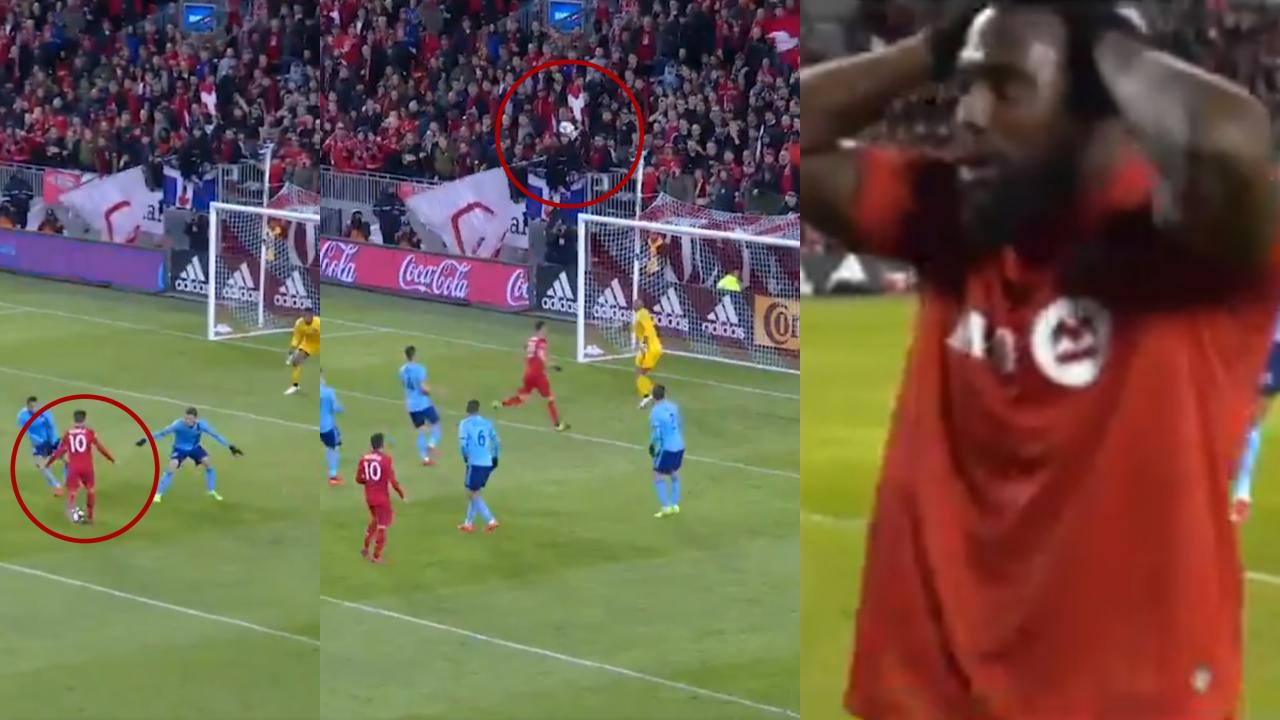 Heading into the season, there were legitimate questions over how Toronto FC would rectify its disaster of a 2018 MLS season. Sebastian Giovinco was shipped off to Saudi Arabia and Gregory van der Wiel was let go after a year by “mutual consent” from both parties, which is rarely a sign of good things behind the scenes.

The TFC brass made an under-the-radar signing of Alejandro Pozuelo, a Spanish attacking midfielder who had spent the last 3.5 seasons in Belgium with Genk. Pozuelo, 27, has had a nice career, but never anything good enough to warrant a Spain call-up, so the move didn’t exactly elicit the same type of hype as a Giovinco, David Villa or Zlatan, despite being (reportedly) the third-most expensive transfer in MLS history.

After his first game in the Toronto red, and one insane Pozuelo chip, this could be the most inspired signing of the season.

Pozuelo scored 31 goals in 257 appearances before making his Toronto FC debut Friday night in a 4-0 thrashing of NYCFC, a club that hadn’t lost in three matches this season (to be fair it hadn’t won either with three draws).

Started as a No. 10 between the great American duo of Jozy Altidore up top and Michael Bradley holding, Pozuelo put on a marvelous two-goal, one-assist performance, one that appeared to blow the mind of Altidore.

Toronto went ahead in the 29th minute through Altidore, his second of the season. Really though, he had an easy tap-in after Pozuelo danced his way into the 18-yard box to set the American up.

Then the chips started raining in.

First, Pozuelo opened his MLS account with a Panenka penalty that was straight up rude to Sean Johnson.

C’mon Ale, that man has a family.

But that was nothing compared to the Pozuelo chip for his second and Toronto’s third.

In the 78th minute, Pozuelo found himself on the edge of the box with two defenders in front of him. So he went over them.

With his left foot — mind you he scored his penalty with his right — Pozuelo chipped the entire city of New York, sending a shot arching about 20 feet high before it nestled into the back of the net, the 6-3 Johnson not able to get anywhere close to the shot.

And all set up by Bradley's overlapping run, because that man is at the center of everything that is good in soccer in North America. *He wrote just to anger the trolls*

Jozy’s reaction was apt. He could play for 100 more years and never score a goal like Pozuelo’s.

Pozuelo was subbed out soon after with the match in hand, but Jay Chapman finished the scoring with this powerful strike.

The win put Toronto on top of the Eastern Conference Standings with three wins from three, a return to the club's 2017 form.

After all that, Pozuelo was inspired to join Twitter.

After that Pozuelo chip on Friday night, maybe give him a follow?