Atalanta Midfielder Makes 90-Yard Recovery Sprint Only To Take Shot Off Groin, Into Own Net 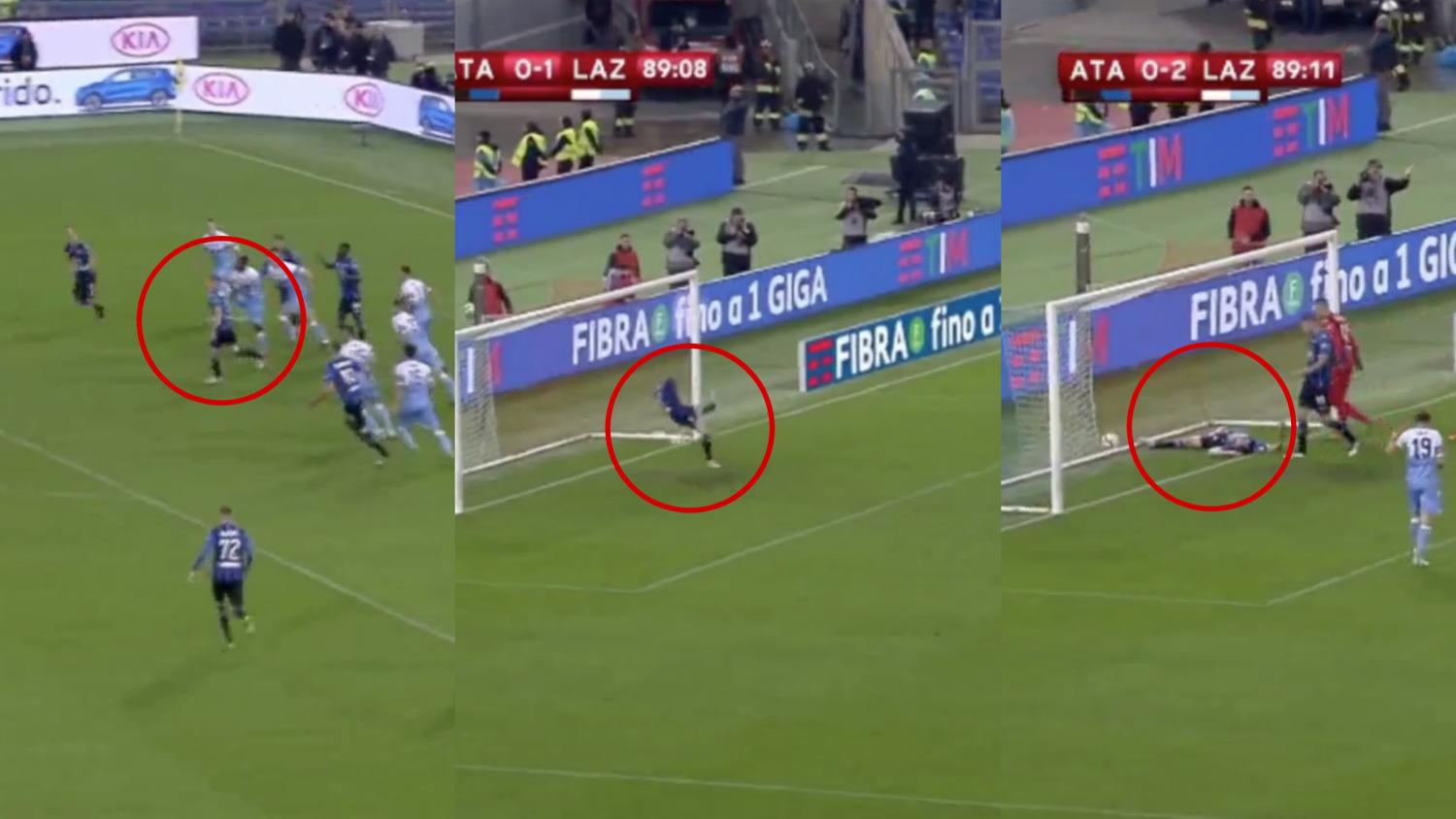 Lazio defeated Atalanta 2-0 in the Coppa Italia final, including a late goal from Joaquín Correa that went in off Robin Gosens’ crotch.
Streamja

You really gotta feel for Robin Gosens after the magnificent Joaquin Correa goal vs Atalanta on Wednesday.

In the Coppa Italia final at Stadio Olimpico in Rome, Atalanta was pushing hard for a late equalizer, trailing by a goal to Lazio.

Atalanta pushed everyone up for a free kick; when it was cleared, Gosens sprinted 90 yards back to his own goal line.

Then Correa’s shot ricocheted off Gosens’ crotch and into the back of the net to clinch Lazio’s 2-0 win.

Rosens ran so far only to fail in the end. The lesson is, kids: Never try.

Correa was a menace to Atalanta all game and helped Lazio clinch its seventh Coppa Italia, joining Inter Milan for third on the all-time list.

Sergej Milinkovic-Savic had given Lazio a late lead with a header off a corner kick in the 82nd minute but it wasn’t until Correa’s one-man counterattack that Lazio could celebrate.

Rosens, who was in the box for his team’s prior free kick, sprinted all the way back to the goal line to cover for Gollini, however his block attempt took a painful deflection into the back of his own net.

Rosens and Atalanta may have the last laugh, however.

La Dea has an inside track for a Champions League berth with two Serie A matches remaining. Atalanta sits in fourth on 65 points, one back of third-place Inter and three ahead of AC Milan and AS Roma. Torino, in seventh with 60 points, still has a small chance to reach the top four, but eight-place Lazio is too far back with 58 points.