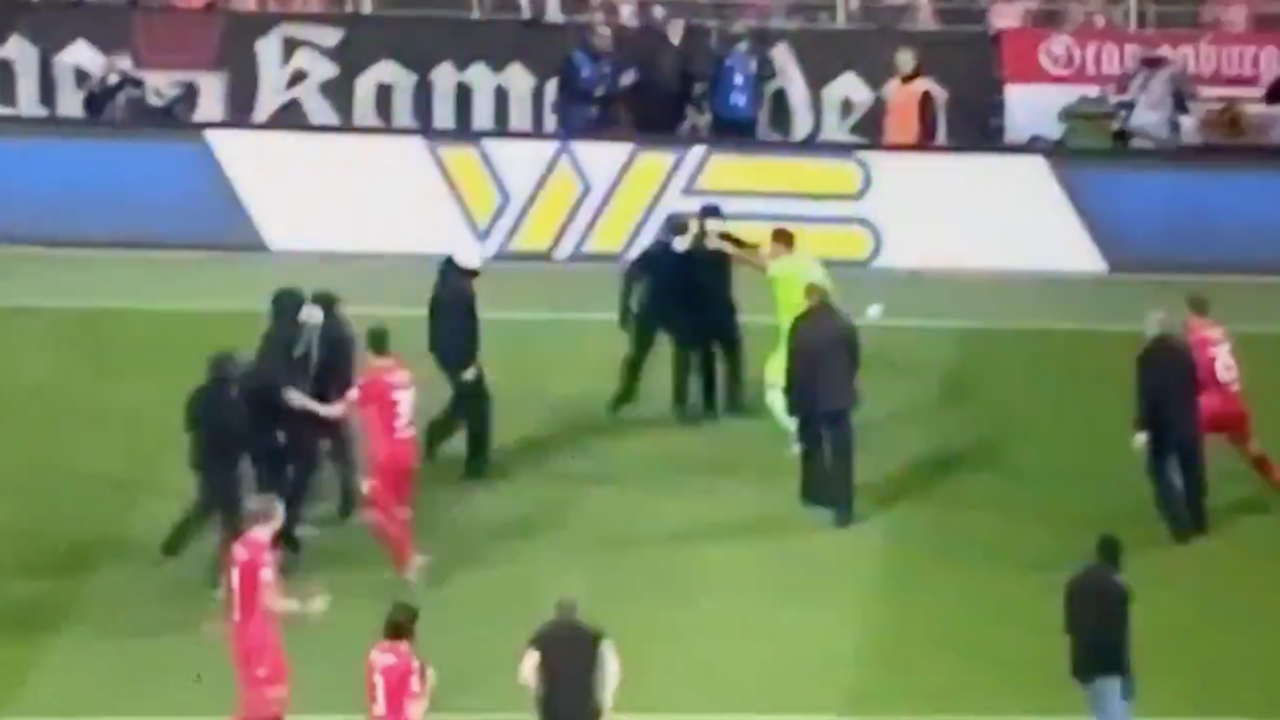 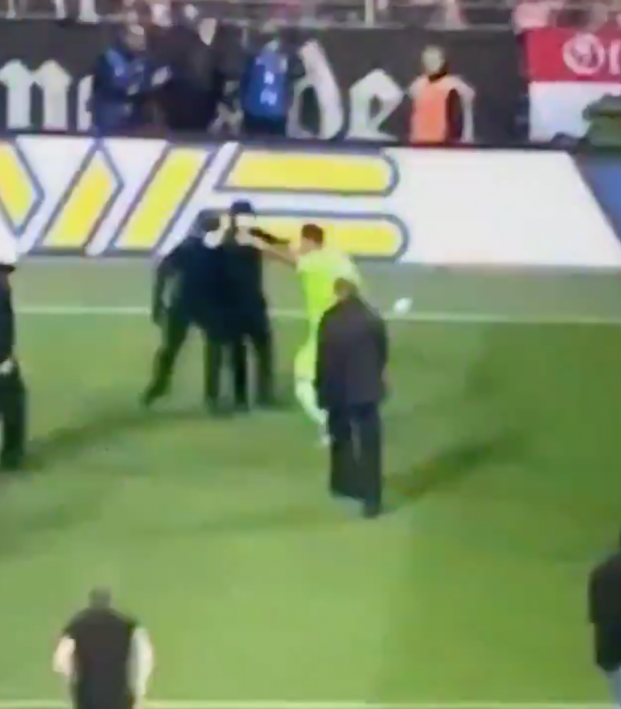 Keeper Stands Up To Masked Hooligans To Protect Opposing Fans

Travis Yoesting November 2, 2019
After recording a clean sheet, the Union Berlin keeper made one more save after the final whistle.

Hertha Berlin and Union Berlin faced off for the first time ever in the Bundesliga on Saturday. The momentous occasion will live long in the memory of Berliners, but it could have been memorable for the wrong reasons had it not been for a save made by Union keeper Rafal Gikiewicz — one made after the final whistle.

Union, located on the east side of Berlin where the Berlin Wall once stood, was promoted to the Bundesliga for the first time ever after last season to jubilant celebrations and quickly became a feel-good story.

Union hosted Hertha for a Berlin Derby on Saturday at Stadion An der Alten Försterei (Stadium at the Old Forester’s Lodge, which is a badass name for an arena).

The fans were ready with a brilliant tifo game, though the match had to be halted in the middle of it for flares being thrown onto the pitch by Hertha fans early in the second half.

The first East-West Berlin derby in the Bundesliga is underway on @FS1!

The #BerlinDerby was briefly interrupted after flares rained down onto the pitch.  pic.twitter.com/bjbWCF6zh7

Union recorded a famous 1-0 home win over Hertha thanks to a contentious penalty converted by Sebastian Polter in the 90th minute. There was clear contact after the shot, so Hertha fans don’t have too much to complain about, but I can’t count the number of times referees have ignored a player getting wiped out in the box after taking a shot.

Gikiewicz made three saves to record the shutout for Union, which jumped up to 13th and three points out of the relegation zone with its third win of the season.

But he’ll be a hero for what he did after the Berlin Derby.

Following the final whistle, some masked hooligans from Union’s fan section invaded the pitch, looking like they wanted to charge at Hertha fans, who were throwing flares at Union players and staff. But Gikiewicz (with help from teammates including Keven Schlotterbeck) stopped the masked men (we’re just going to assume they were all men, because it’s almost always men).

The Union players successfully protected the Hertha fans, not backing down from the ultras and sending them back into the stands.

Fortunately, the idiots invading the pitch were unable to cause any physical harm. Union is now one point behind Hertha after 10 games.

The two Berlin clubs meet again — this time at Olympiastadion — on March 21.