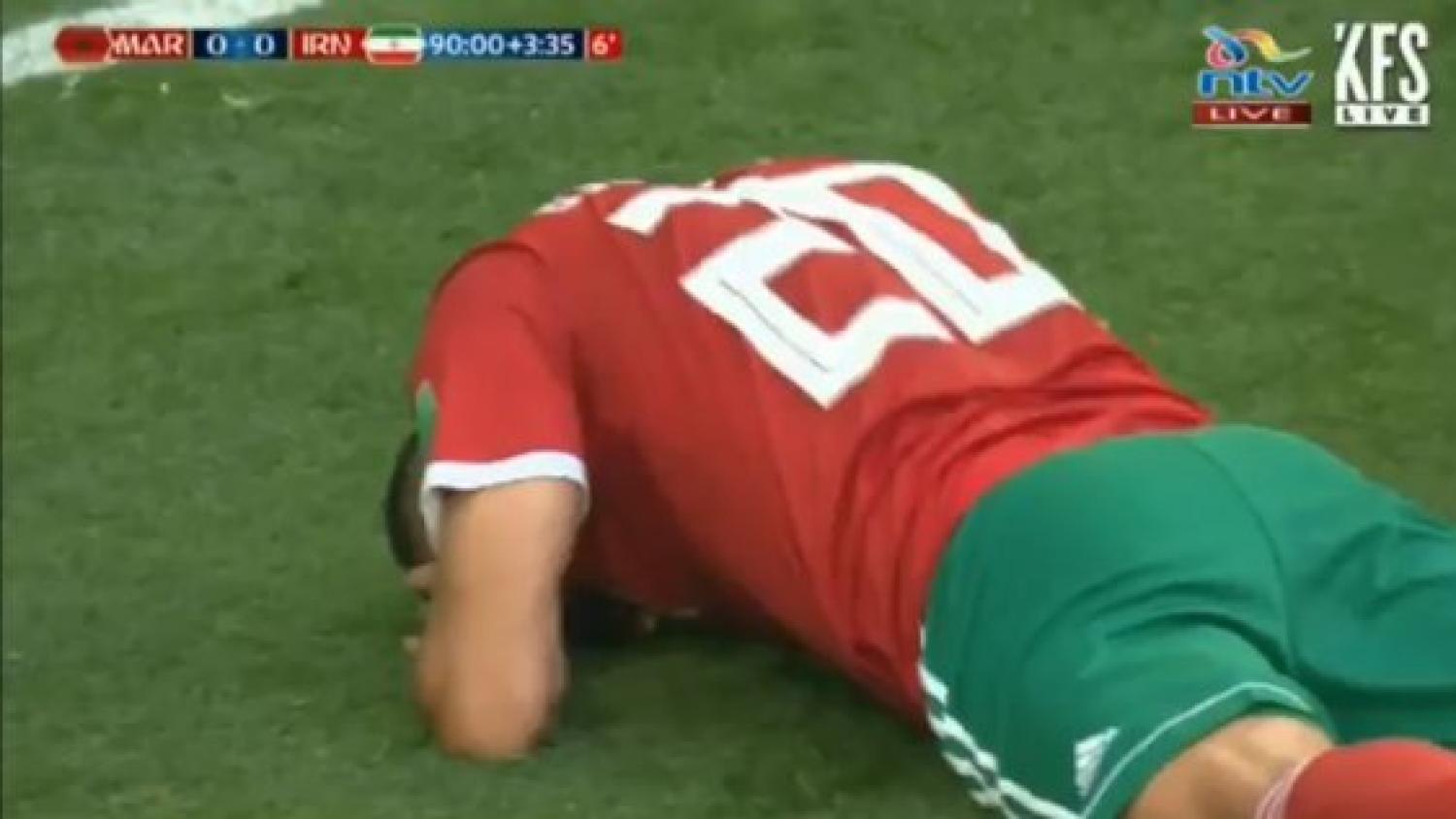 That was a sweet, sweet connection from Bouhaddouz, but he can never return home.
@ntvkenya | Twitter

Iran versus Morocco was awful. The return of the vuvuzela. The vintage Carlos Queiroz approach. The feeling that I really misguided folks by praising Moroccan attackers Amine Harit and Hakim Ziyech before the match.

But it wasn’t all bad. Thanks to the tinkering of Hunk in Chief Herve Renard, 77th minute substitute Aziz Bouhaddouz was given a chance to make an impact, and he did just that by sending a thumping diving header into his own net in the fifth minute of second half stoppage time. It was the only goal as Iran pulled off an unlikely 1-0 victory.

Iran had previously registered only two shots on target, accumulated only 31 percent of possession and been given three yellow cards. It was all exceptionally dire from Iran, but the Asian Football Confederation has finally managed a World Cup win. That’s something it failed to do in 12 matches at the 2014 World Cup.

For Morocco, shit’s well and truly hit the fan. It’s Portugal and then Spain for the African nation, and the tag of dark horse has probably been clipped from the Atlas Lions.