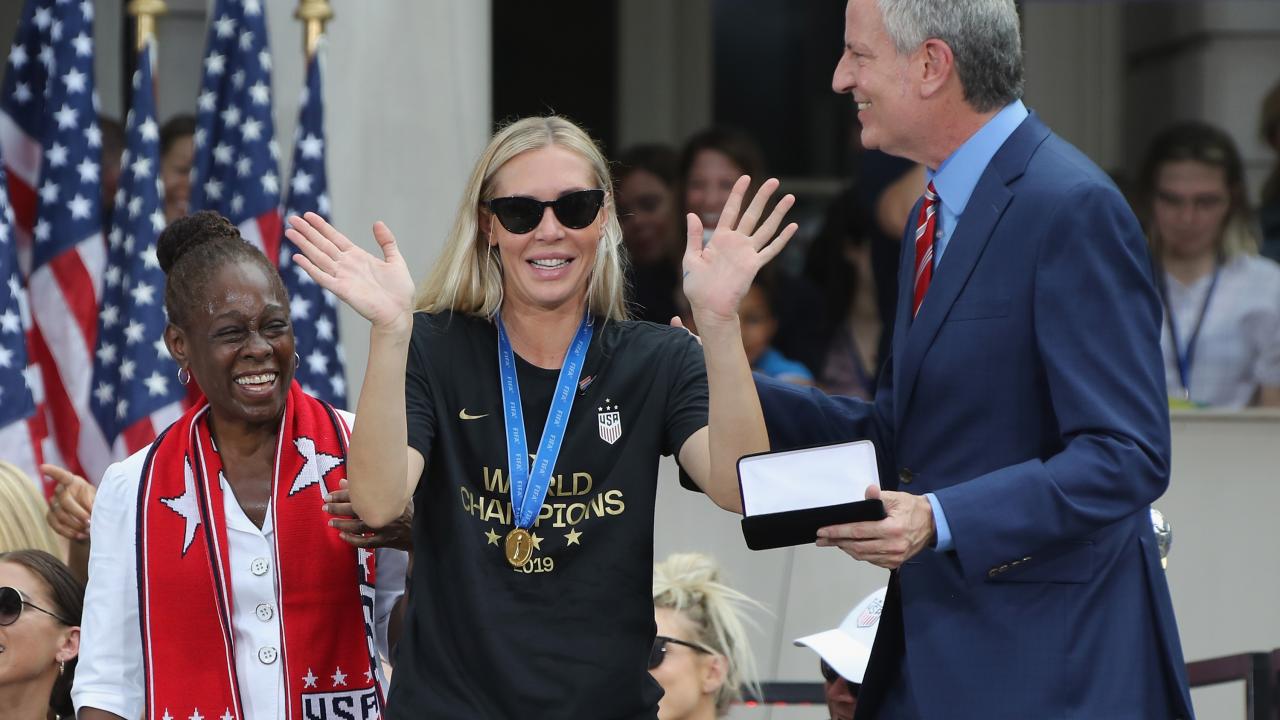 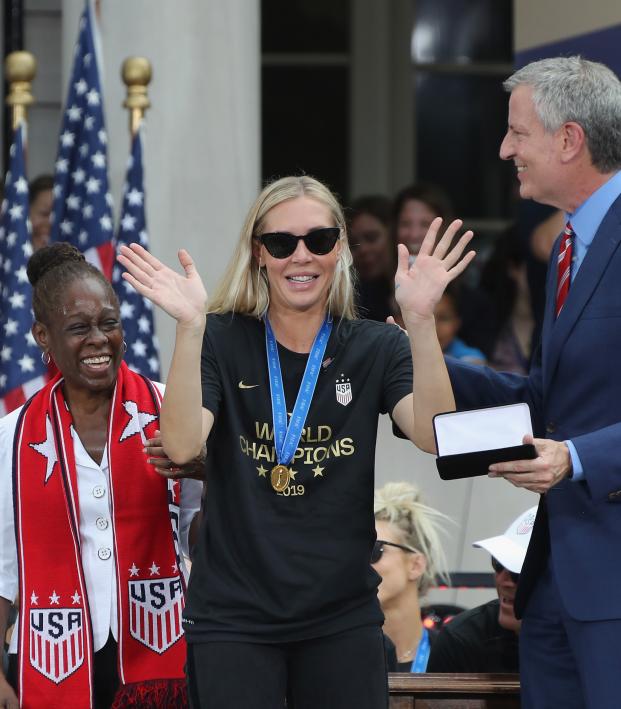 Travis Yoesting July 12, 2019
Long also had her key to New York City and some cash stolen.

Allie Long, a veteran member of the Women’s World Cup-winning USWNT, had a rude awakening from the delirium of the team’s week-long celebration.

After the ESPYS on Wednesday, in which Long and her teammates won Best Team, Long returned to her hotel room to find it had been burglarized. According to a tweet she sent Thursday night, her wedding ring, some cash and a key to New York City, which she had just been given at a ticker-tape parade earlier that day, were stolen.

After the @ESPYS show someone stole my wedding ring, cash and the key to my favorite city after just receiving it from my hotel room. Do you make copies @NYCMayor ? I would love a new one.

Cash can be replaced, but a wedding ring — she got married in 2016 with Alex Morgan and Tobin Heath as maids of honor — is irreplaceable.

Fortunately, NYC Mayor Bill de Blasio, one of the two million or so Democratic candidates for U.S. president, said he could replace the key to the city.

So sorry to hear it, Allie. Hang in there. Don’t worry about the key. Like any good New Yorker, we keep a spare for our neighbors! We got you covered. https://t.co/B5xqZPMZnU

De Blasio probably doesn’t have much of a chance in the upcoming Democratic primaries, but he’s probably got Long’s vote if he can get her a replacement key.

Long and de Blasio were on the same float during the ticker-tape parade.

Long, 31, is a two-time NWSL champion. She was not a part of the 2015 Women’s World Cup team. She played just 31 minutes in the 2019 Women’s World Cup, but made it count by picking up a yellow card against Chile.