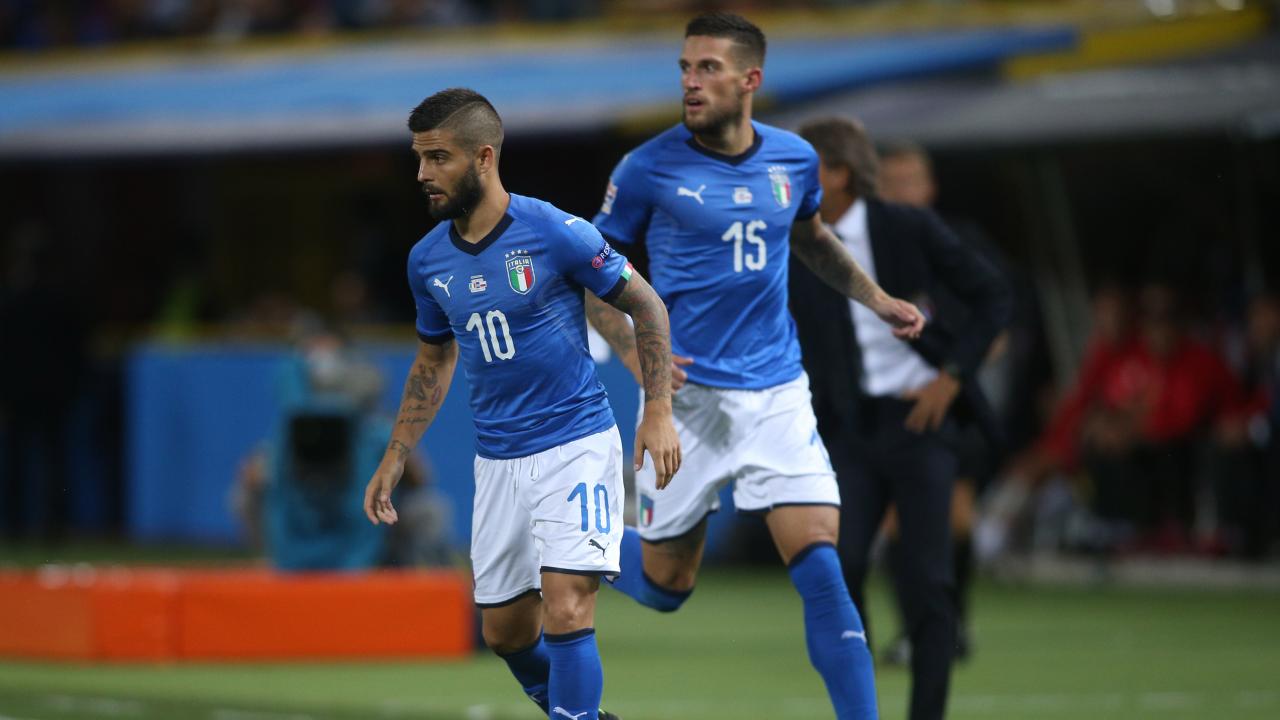 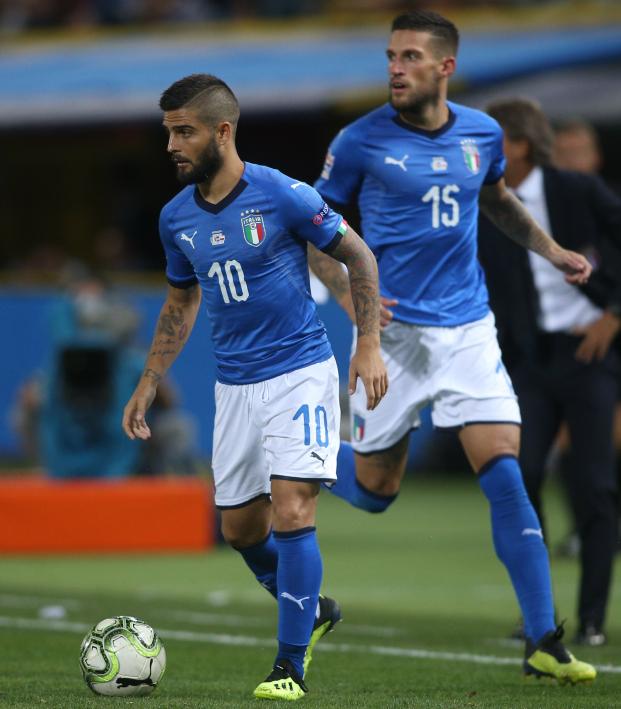 Italy is synonymous with soccer. They have always been one of the top-ranked teams in the world. The Italian national team has won the World Cup four times (tied with Germany for second, behind Brazil). They've been a team others have simultaneously envied and been afraid to play. A team that generated stars like Paolo Rossi, Roberto Baggio, Alessandro Del Piero. A team with grace, class and a wondrous reputation.

But in 2018, that is far from the truth. Ever since Italy won the World Cup in 2006, its reputation has begun to erode, and it finally reached rock bottom back on a cold wintry night last November and put an entire nation in distress by failing to qualify for the World Cup for the first time in 60 years.

Let's put things in perspective before we continue. In 1958: Eisenhower established NASA; the Great Chinese Famine began; Elvis was inducted into the Army; Charles de Gaulle became Prime Minister of France; Hitchcock's Vertigo was playing in theaters; Frank Sinatra released Come Fly With Me; Andrea Bocelli was born. That was the last time the Azzurri failed to qualify for the World Cup.

Evidently, it came as no surprise that the world was shocked. And yes, it was quite tragic to see Italy steep that low, but if that was needed for the team to pick itself up after 12 shaky years, then so be it. It is said that once you hit rock bottom, the only way is up. So you would think that after not qualifying for the World Cup, Italy would see that as a wake up call, take a long hard look in the mirror, realize that something has to give, rebuild the foundation from the bottom up and work its way back to the top.

But after tying to Poland and losing to Portugal, it is obnoxiously clear that nothing has changed. That they're just lingering in their state of rock bottom. And this isn't just frightening for Italian fans everywhere but for the state of soccer as a whole. What does it say about the world of soccer right now if one of the top countries is unable to pick itself up?

So the question remains — what is going on in Italy right now for the Italian national team to be fading as a soccer superpower? What led Ozymandias to his tragic downfall of nothing but dust and decay? 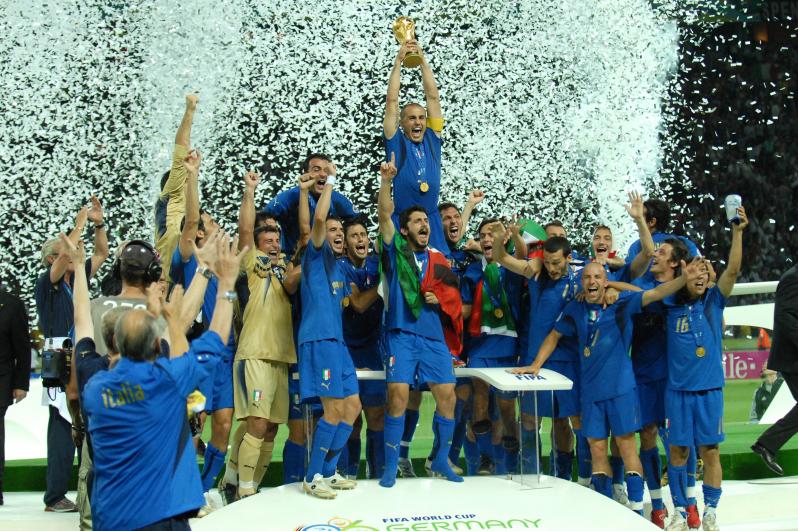 The team has been plagued with a myriad of issues since taking home the 2006 World Cup trophy. One of the main ones is the negligence of their youth. Italy has a real problem when it comes to youth; it hasn't been generating any stars like they have in the past. There are a quite a few elements that factor into this.

Firstly, whereas Spanish, French, English and German teams all have reserve teams or B teams and have for a while, only this year did Italy introduce reserve teams. And even yet, only Juventus has thus far. This is crucial for the growth of young players. As of late, the majority of the young players who play for the top teams in the Serie A are loaned out to lower league teams since there's no space for them, instead of improving in their club's youth system. The benefit of having a reserve team is that the young players can still play for their team instead of going to a lower team, and if they show potential and improvement can be called up for the first team.

Secondly, there are no young star players on the national team because Serie A and Serie B rarely give young Italian players a chance. They've put their undivided attention on maintaining their old players instead of focusing on the future — the youth. And this has been passable for the past 12 years, but now most of those old players have retired and the younger players can't step up to the plate because they haven't been properly vetted. Paolo Maldini played for AC Milan until he was 41. Francesco Totti played for Roma until he was 41. Filippo Inzaghi played for AC Milan until he 39. But those World Cup winners are all gone now. Who's taking their place?

The thing is, Italy doesn't necessarily have a bad youth players. They're just inexperienced since they don't get an opportunity to play for a first division club or barely get playing time on a second division club. Italy's U-19 team lost in the final to Portugal last year in the UEFA European U-19 Championship. Italy's U-20 won third place in 2017 for the FIFA U-20 World Cup. They beat France in the Round of 16. Although if you take a look at where those French players are playing now compared to where those Italian players are playing now, there's quite a difference. Let's look at the French players. Allan Saint-Maximin currently starts for Nice. Jean-Kevin Augustin currently starts for Bundesliga's RB Leipzig. Now the Italian players: Giuseppe Panico is on loan from Genoa and currently plays for Cittadella, a Serie B team, and doesn't even start. Andrea Favilli, who was arguably the best player for Italy's U-20, is currently on Genoa, although he's only played one game thus far.

Why is it that even though Italy performed better than France, their players are doing far worse than the French players?

Another hole in the sinking ship that is Italy's youth system is the corruption in the lower divisions. Italy has been riddled with corruption for quite some time now. And soccer is by no means exonerated. From the Totonero scandal to doping allegations to the 2011-2012 betting scandals to Calciopoli. And corruption has seeped so deep in Italian soccer that there is even corruption in the lower divisions with pay to play. The negative impacts of this, besides that it's immoral and unethical, is that it takes playing time away from the better players who don't have the financial means to pay to play. As a result, these talented players are unable to improve or be scouted and players who could become Italy's future stars wither away as lost potential.

And then there's the cultural dilemma: Italians have a Gatsbyesque proclivity to live in the past, romanticizing how things used to be. And reasonably so since they have quite a rich past filled with countless wonders. Whereas their tenacious stubbornness to adapt to the changing times when it comes to refusing to modernize Florence's Romanesque architecture may be reasonable, when it comes to soccer, it's not, and they're suffering as a consequence. Italian soccer is plagued with old mentalities, decrepit facilities and outdated tactics. Coaches have been coaching the same way for the past 20 years, and even though soccer has evolved, they refuse to change with the times. Spanish, English, French and German teams all have.

Germany, one of soccer's superpowers, also went through an era of decline back in the early 2000s. They lost 3-0 to Croatia in the quarterfinals of the 1998 World Cup. They finished bottom of their group in the 2000 Euro. And then in the 2002 World Cup final they lost 2-0 to Brazil. That was the straw that broke the camel's back for them; they woke up and said no more. What did they do? They didn't dwell in defeat, refusing to change the way Italy is. They immediately implemented a radical change in direction and got a significant funding boost. There was a radical overhaul of the youth system, as the youth restructure saw over $1 billion in funding. The German Football Association put a lot of pressure on all the first- and second-division teams to build academy programs and made sure talented players were being formed. And then Jurgen Klinsmann revolutionized Germany's playing style. All of which played a pivotal role in Germany's rise to success in recent years.

In a nutshell: This is what Italy has to do.

Everybody loves a second act. When is Italy going to finally show us theirs?