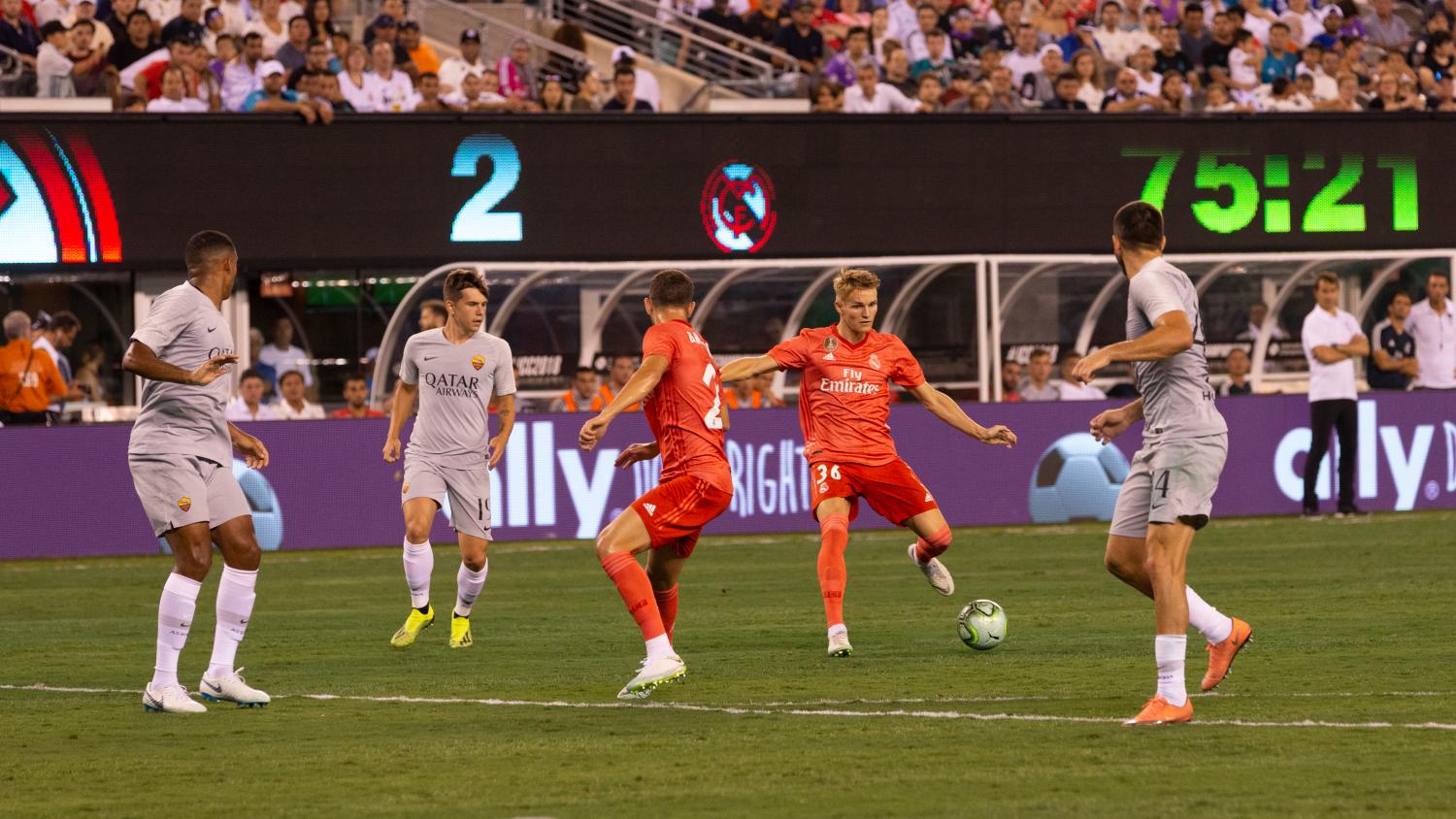 Once Real Madrid’s youngest player, the young gun has failed to live up to his potential.
Shutterstock

His form for such a young lad in Norway’s top flight caught the eye of multiple big European clubs, and ultimately it was Real Madrid that landed his signature. Imagine signing for Real Madrid at the age of 15!

Ødegaard became the youngest player to ever play for Los Blancos, coming on as a substitute in a 7-3 victory over Getafe. He was 16 years and 5 months when he took to the hallowed turf of the Santiago Bernabeu.

But, what has happened to the Norwegian since then? Is he still playing? Is he alive? The answer to both of those questions is yes.

Ødegaard had been playing for Real Madrid’s second team, Castilla, for a couple of years, racking up over 60 appearances for the side that was managed by Zinedine Zidane at the time. How their two careers have gone in opposite directions.

Ødegaard just couldn’t break into the first team of Real Madrid, and that’s very difficult to do at such a young age. As a right winger and a central attacking midfielder, he had plenty of other players ahead of him: Luka Modric, Gareth Bale and Isco, to name three.

Understandably, Ødegaard went out on loan seeking game time in a first team. Dutch Eredivisie side SC Heerenveen came calling in January 2017, and the Norwegian has spent the last year and a half on loan there. In terms of statistics, it has been a poor loan spell to say the least. A measly three goals and four assists over the course of 18 months is all that Ødegaard's brought to the table.

However, many fans have pointed out that if Heerenveen’s strikers could actually finish the chances that he created, his assist numbers would have been a lot higher. You don’t just lose all of your talent and abilities overnight. Let’s not forget that he is still only 19 years of age, and he has plenty of years of quality football ahead of him.

Recent reports emerged over the weekend that Ødegaard had been offered on loan to English Championship sides Aston Villa and Derby County. Whether these clubs do end up signing him remains to be seen, but a move to England could once again put him in the spotlight.

Ødegaard is a highly talented teenager, but he needs to be smart about his next career move. Some will argue that moving to Real Madrid at such a young age was a career killer, but with time on his side, you would be silly to completely write him off as a youngster who never lived up to expectations. I for one look forward to seeing how his next few years play out.