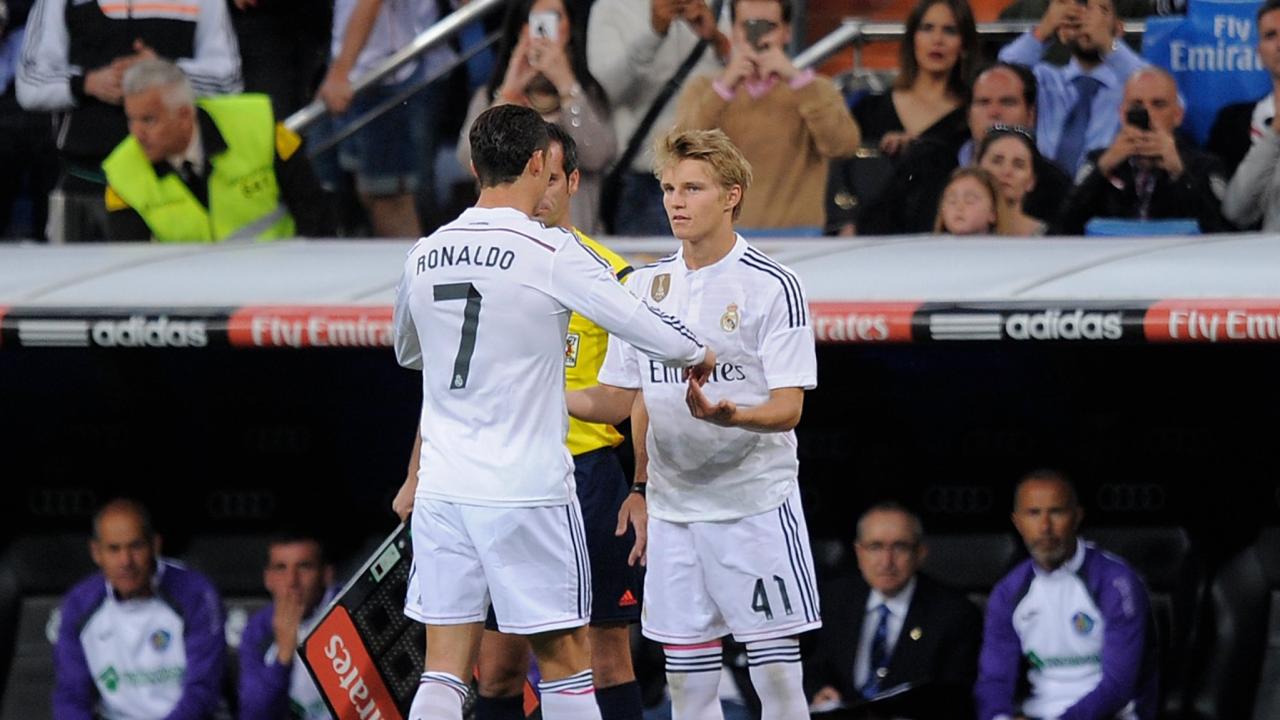 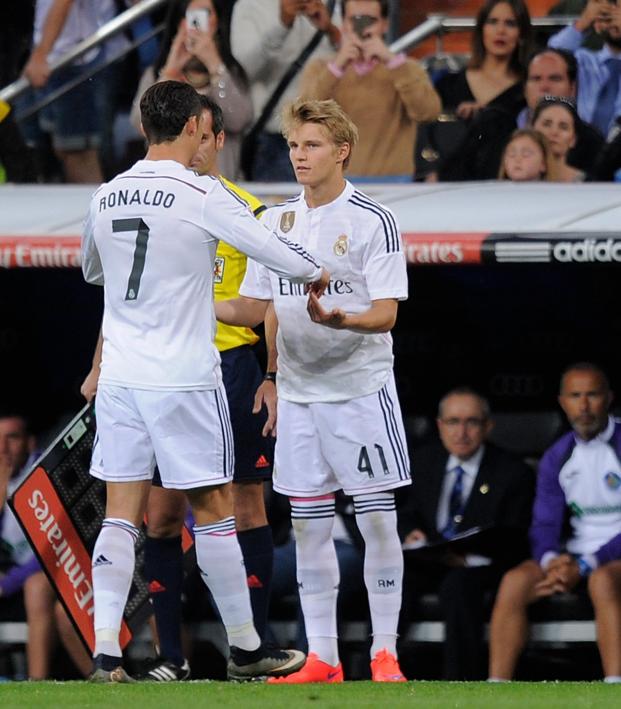 The Rise Of Martin Ødegaard

Jack Ramos December 6, 2016
After an impressive Real Madrid debut, the rumors have already begun regarding where he will go next.

On May 23, 2015 Martin Ødegaard became the youngest player ever to play for Real Madrid. Just 5 months and six days after his 16th birthday, the young Norwegian talent came on for Madrid’s current superstar Cristiano Ronaldo in the 57th minute, and the hype surrounding him began to build to a fever pitch.

57' Last Substitution for Real. OUT @Cristiano In Odegaard. He makes his first appearance with the team

Fast forward seven months, the now 17-year-old once again certified the hype in his first ever start for the legendary club.

In Madrid’s Copa Del Rey victory, Ødegaard displayed an impressive level of ball control, passing range and showed veteran-level spacing and tactical awareness in his debut. He certainly has given Madrid fans yet another thing to be excited about.

Following his debut last week in Madrid’s 6-1 victory over Cultural Leonesa, he was seen in France watching the French club Rennes play. This sparked rumors surrounding a possible January loan for the young Norwegian international, and manager Zinedine Zidane was asked about the player’s possible loan:

"That could be [an option] -- we will look at it later," he said. "Ødegaard showed he has character and personality. He played a good game."

While not the answer some were hoping for, Rennes is known for developing young talent, and the move would make sense given Real Madrid’s star-laden midfield as Ødegaard has struggled to break into the first team consistently as he usually plays with the reserve side Real Madrid Castilla.

Despite only recently making his senior debut for Madrid, Ødegaard has gotten used to being the youngest player on the pitch. When he was 12 he stunned coaches at a nation-wide U-16 tournament, and at the age of just 15 he became the youngest player ever to represent Norway in a draw with the United Arab Emirates, and just two months later played in his first Euro qualifier. These experiences proved to be crucial for his development.

In his Madrid debut, while most would have expected the youngster to look nervous and play frantically, as many first time players do for the historic club, Martin Ødegaard did the opposite. He looked every bit the two-year international he is, and he truly looked like he belonged while he shared the pitch with the three-time Ballon d’Or winner, Cristiano Ronaldo.