Sydney Leroux Wants You To Know It’s OK To Poop 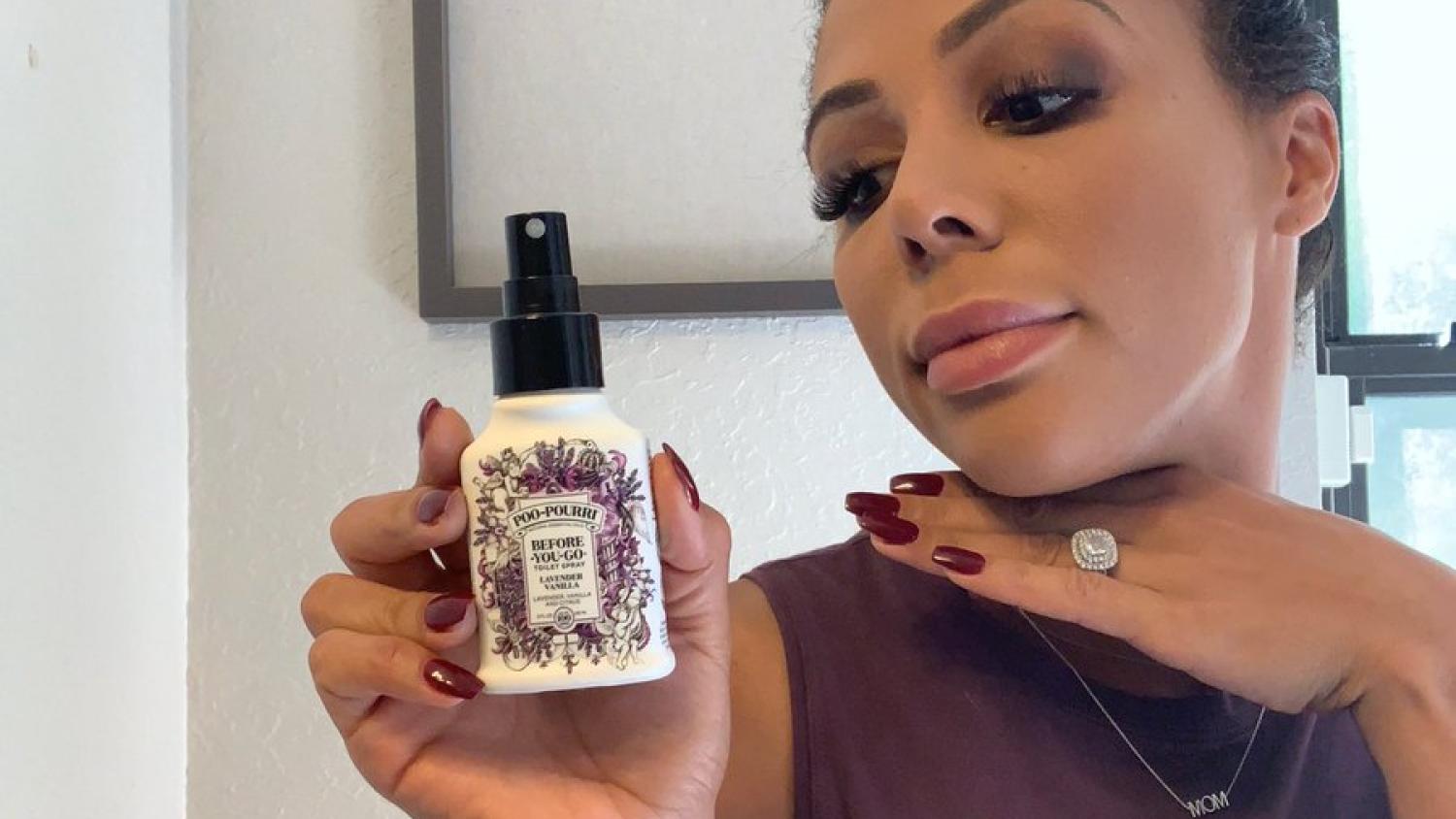 Everybody poops, that’s what they say.

But who among us doesn’t know the fear of having to go No. 2 for the first time at a new partner’s place? What if your partner smells it? Will they hate you for it? Could it end the relationship?

Now Leroux is here to tell us it’s OK to poop — there’s no need for fear. You just need a little Poo-Pourri.

Relationships are filled with bathroom milestones!  I waited 6 weeks before going No. 2 at Dom’s. #honeymoonphase Now, I’m proud to own my throne with @PooPourri and say #GirlsDoPoop! For more hilarious stories, check out: https://t.co/I96aefZfdR #ad pic.twitter.com/V52e33fmAt

Poo-Pourri, as it turns out, is a scent you spray into the toilet bowl before going No. 2. It’s supposed to create a protective barrier to trap odors under the water to prevent the bathroom from smelling like a trucker rest stop that hasn’t been cleaned in months.

I do find it a little weird though that a company that wants to hide odors of poops is celebrating the fact people poop. That’s kind of like a company trying to sell you makeup while advertising on a campaign that everyone looks beautiful naturally. If we all agree that everyone poops, can't we just poop without trying to hide whatever scent follows? Just don't do it in your seat at a soccer stadium, please.

Sydney Leroux’s tweet about Poo-Pourri was, of course, a paid advertisement, but that doesn’t make her story any less true. We just wonder how long her husband, Orlando City striker Dom Dwyer, waited to poop at her place (probably not very long).

Sadly, both Leroux and Dwyer are no longer involved much in the U.S. national team setups. Leroux is done with a tough season in the NWSL, scoring six goals in 20 matches with the Pride and having to watch the USWNT attempt to qualify for the World Cup from home. Dwyer, meanwhile, was in a preliminary squad for a match in January, but hasn’t seen playing time with the U.S. since 2017, when he scored two goals in four appearances.

We hope they both start playing more for the national teams, just so that when we add to our list of favorite Sydney Leroux costumes, it will still be relevant.

Now if you’ll excuse me, I need to go poop.