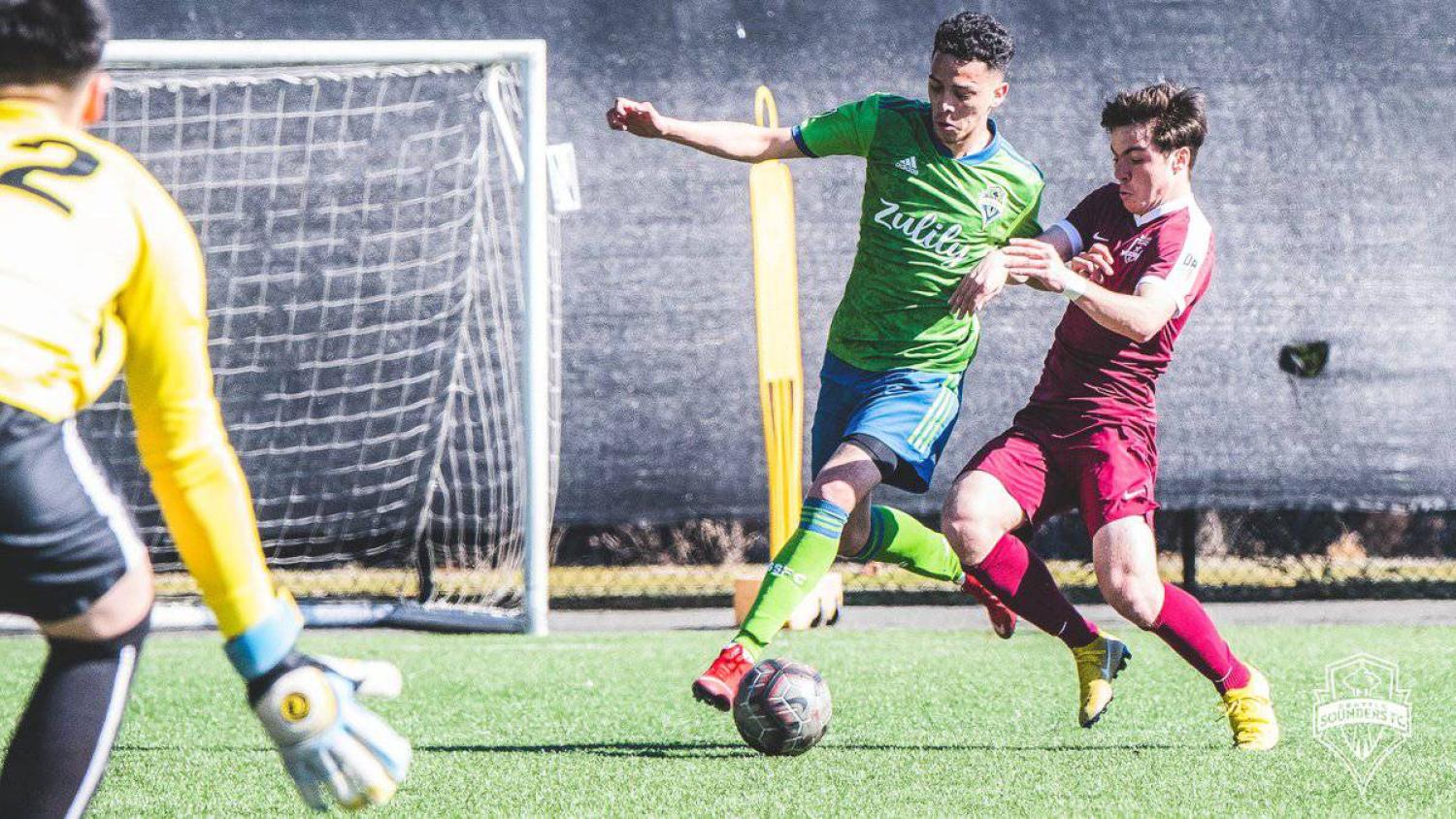 Zlatan Ibrahimovic and Wayne Rooney may grab the headlines, but Major League Soccer is seeing noticeable growth from the other side of the career timeline. Efrain Alvarez, Paxton Pomykal and Gianluca Busio have already had tremendous starts to their 2019 campaigns and should continue to be regular contributors for the Galaxy, FC Dallas, and Sporting Kansas City, respectively. The #PlayYourKids movement is in full swing.

And the Seattle Sounders are embracing that wave as well.

Last month we looked at the Sounders academy victory in the Generation Adidas Cup. They became the first MLS club to win the premier competition, beating the academies of River Plate, West Ham and Valencia along the way.

Two of the stars for Seattle in that competition were Alfonso Ocampo-Chavez and Danny Leyva. Both have already played for the Tacoma Defiance, Seattle's USL affiliate, and both are likely to feature in the U.S. U-17 squad for the 2019 CONCACAF U-17 Championship this summer. The top four countries earn a spot in the 2019 FIFA U-17 World Cup, kicking off later this year in Brazil.

Danny Leyva and Alfonso Ocampo-Chavez are ready to represent the red, white and blue in Florida!

Danny Leyva became the youngest player to sign with the Seattle Sounders at just 15 years of age. Originally from Las Vegas, where he started with the Barcelona USA Academy, he found his way to the Sounders in 2017 and made his pro debut in the USL last September.

Leyva has played for the Defiance in the USL Championship five times this season, primarily in the defensive midfield role.

Ocampo-Chavez is a forward who signed with the Seattle academy in 2016 from the Merced Atlas Soccer Academy in California. He was the stand out player of the GA Cup, scoring six goals and looking like the player most physically ready to step into the senior game.

Can They Help The Sounders At The MLS Level This Season?

Both have pro contracts with the MLS side, so they could, if needed, be called upon during the 2019 season. Hopefully for Seattle and the USYNT, both players will be too busy. A successful CONCACAF Championship would lead to the 2019 U-17 World Cup. In between those camps and competitions, playing time with the Tacoma Defiance is most likely.

Even with Seattle's injury issues at the moment, it wouldn't be worth taking either player away from those opportunities to help out during the MLS regular season. Seattle will likely sign another CDM or CB before the trade deadline, or at the latest in the summer.

2019 has already been a tremendous step forward for the duo. 2020 could see both in the Seattle 18 on a regular basis, and hopefully for years to come. But first establishing a role on the youth national team and, when in town, helping Tacoma fix its bottom of the table woes.