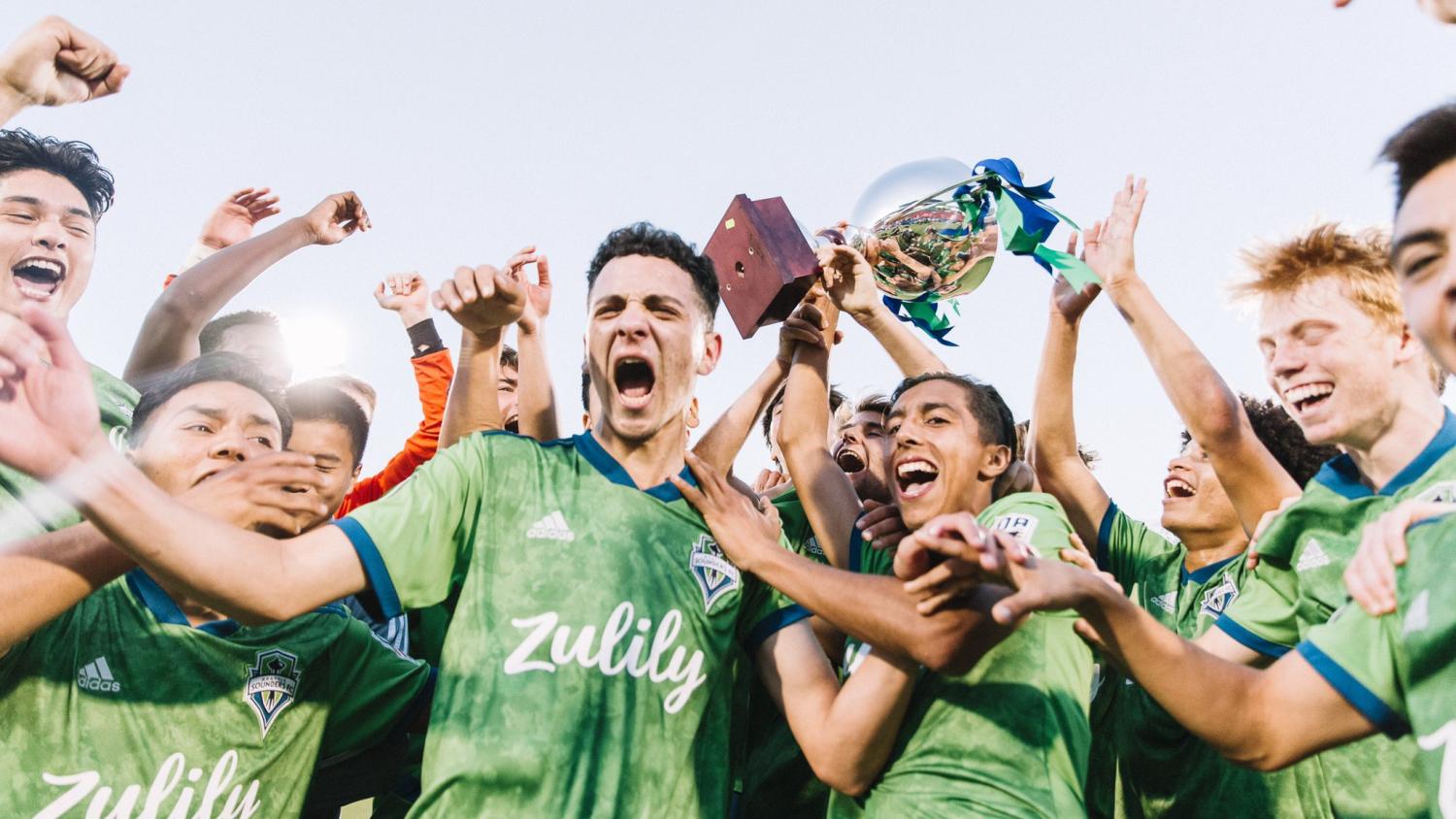 The Sounders academy went through formidable opponents from Europe and South America to lift the trophy.
@adidassoccer | Twitter

When Garth Lagerway joined the Seattle Sounders in 2015 as the General Manager and President of Soccer, it wasn't just to get Seattle its first MLS Cup. The Sounders wanted to build an entirely revamped academy system — one able to develop talent for the MLS side, challenge at the youth level, gain pro experience at a USL affiliate (the Tacoma Defiance), and potentially be sold on to Europe.

The club's recent historic achievement in the Generation Adidas Cup was a major step in the evolution of the process.

Lagerwey often talks about "the process" and building something from the U-13 age range and up.

A lot of MLS sides have a second team in the USL or have a loose affiliation with a club that doesn't often go beyond loaning a few MLS players down for minutes and fitness. For Seattle, the path needs to start a lot earlier.

Over the past few years, fans have seen the results of his work, and it's paid off for him as well. The Sounders have season ticket holders vote every four years on whether to keep the current General Manager or push the organization to move in a new direction. Back in November 2018, 87% of Seattle fans voted to keep Lagerway. It's easy to see why.

Seattle won its first MLS Cup in 2016 and the club makes the playoffs every season. They continually see crowds of over 40,000 and have built a solid roster mixed with homegrown talent, international experience and undervalued gems. Their USL side was rebranded as the Tacoma Defiance and will be receiving a new soccer-specific stadium in the years ahead. They've tapped into a close community that helps expand their network.

But perhaps the most promising results have been with the academy.

In 2017 the U-14s finished third at the Manchester City Cup, topping Tottenham's youngsters along the way. That same side took home the Youdon Trophy, finishing ahead of academies from Celtic, Wolves, QPR, FC Basel and Everton, who they defeated in the final.

Last summer the U-17s became the U.S. Soccer Development Academy national champions. In 2018 the U-14s topped Liverpool's academy in the International Champions Cup Futures before falling to Chelsea in the quarterfinals. But this year's GA Cup success might be the most impressive yet.

They advanced from Group D in the Champions Division (top tier) to advance to the quarterfinals. Seattle beat the highly regarded River Plate academy 1-0 before destroying the legendary West Ham academy 4-0 to advance to the final.

In the second half of extra time...

There, Valencia and Seattle needed extra time before Ray Serrano slotted home the winner. The Sounders are the first MLS academy to lift the trophy in the Champions Division. In addition to the teams Seattle beat to lift the trophy, the 2019 edition featured Flamengo, Lyon, Dinamo Zagreb, Club America and a host of MLS academies.

Alfonso Ocampo-Chavez, Daniel Robles, Ray Serrano and Danny Leyva, who recently signed a first team contract with the Sounders, all shined during the tournament. Up next for this talented class of players is aiming to make it onto U.S. youth teams ahead of international competitions, helping stabilize Tacoma's results in the USL, and eventually breaking into the first team in MLS.

It's a bright future for these youngsters, MLS academies and for Seattle Sounders fans.