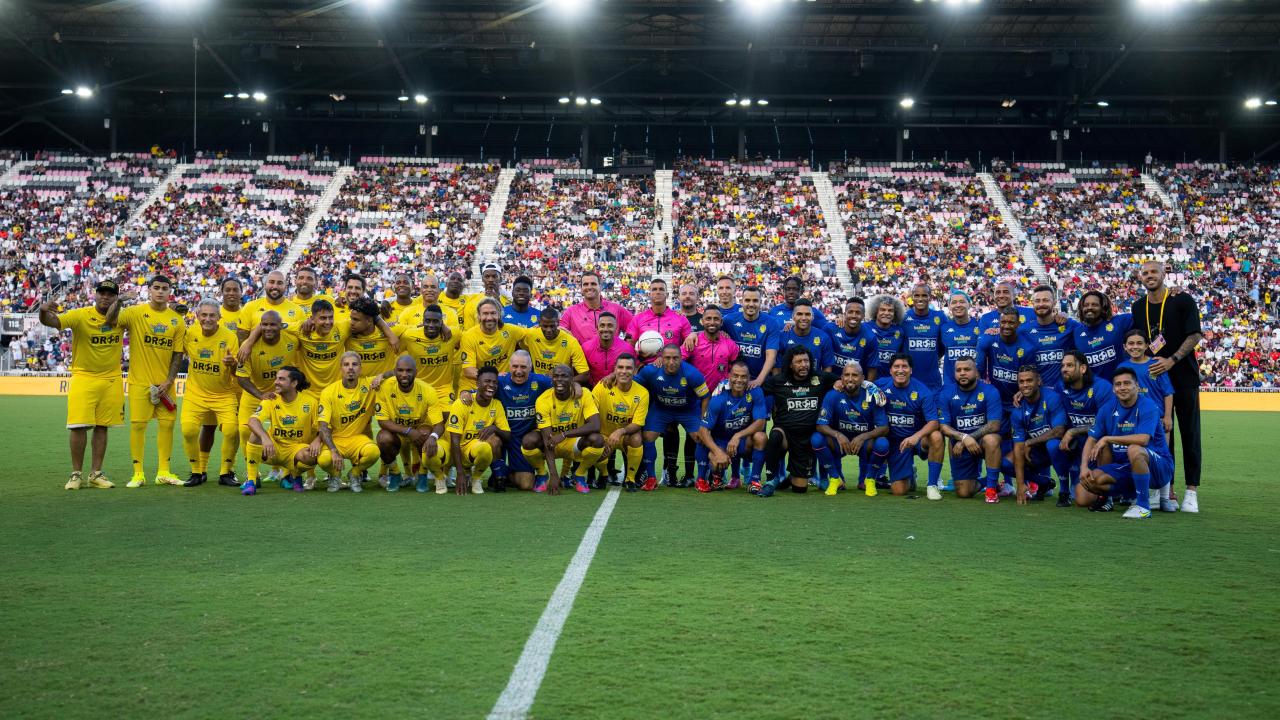 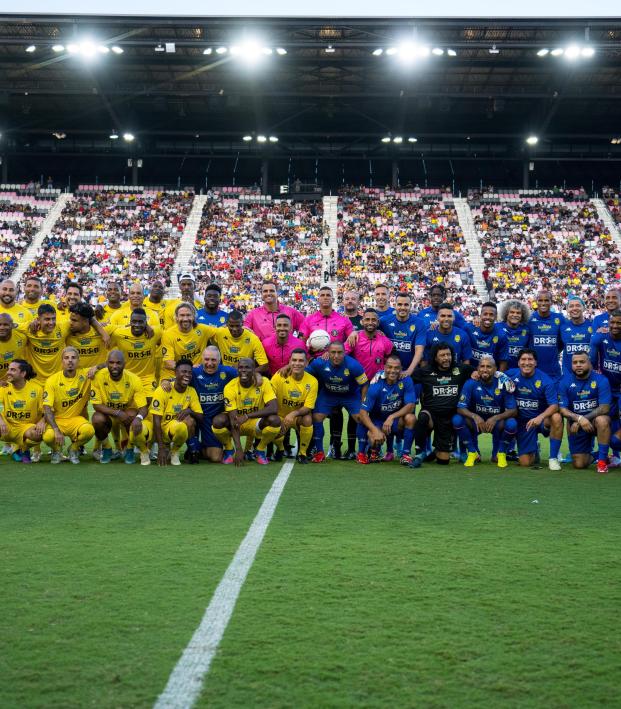 While most soccer leagues around the world eschew the idea of an all-star game, celebrity, legends and testimonial matches are one of the coolest aspects of the world’s game. I’m not sure we’ve ever seen a lineup as star-studded as the Roberto Carlos and Ronaldinho Miami friendly on Saturday.

Brazilian icons Ronaldinho and Roberto Carlos kicked off “The Beautiful Game” series of exhibitions to raise money for charity on Saturday at DRV PNK Stadium in Miami. The rosters for the two teams were loaded with legends of the game past and present, plus a few celebrities from outside the world of football.

It doesn’t get any more star-studded than that.

The match lived up to the hype with a 12-10 win for Team Roberto Carlos.

At 42, Ronaldinho showed he’s still got better foot skills than just about everyone in the world.

One of the coolest moments of the night came when Ronaldinho connected with current Brazil star Vini Jr. and the Real Madrid winger celebrated the goal with a Ronaldinho celebration.

Ronaldinho feeding Vinicius Jr who scores and then follows it with the Ronaldinho celebration pic.twitter.com/sXBg922P61

Former NFL receiver Ocho Cinco scored a brace, leading some to wonder if he’s the answer Gregg Berhalter has been searching for at forward.

A through ball from Ronaldinho & a near post finish https://t.co/WTHJfCo6XY

Though the match was in Miami and many of the stars were from Central and South America, Canadians reminded the world they’re a rising power in soccer. Alphonso Davies had a goal and NBA legend Steve Nash, a 48-year-old currently coaching the Brooklyn Nets, showed fine composure in front of goal to beat Higuita.

GOAL #NBA legend and @BrooklynNets coach STEVE NASH robs Paul Pogba before applying a perfect finish to give his team an 8-4 lead!@YorkUtdFC... he is *technically* a free agent #CanMNT | #NetsWorld | https://t.co/7JFAUhgjL6 pic.twitter.com/1Xm6wAlPKy