USMNT No. 9 Breakdown: The U.S. Strikers With The Best Chances Of Playing In Qatar 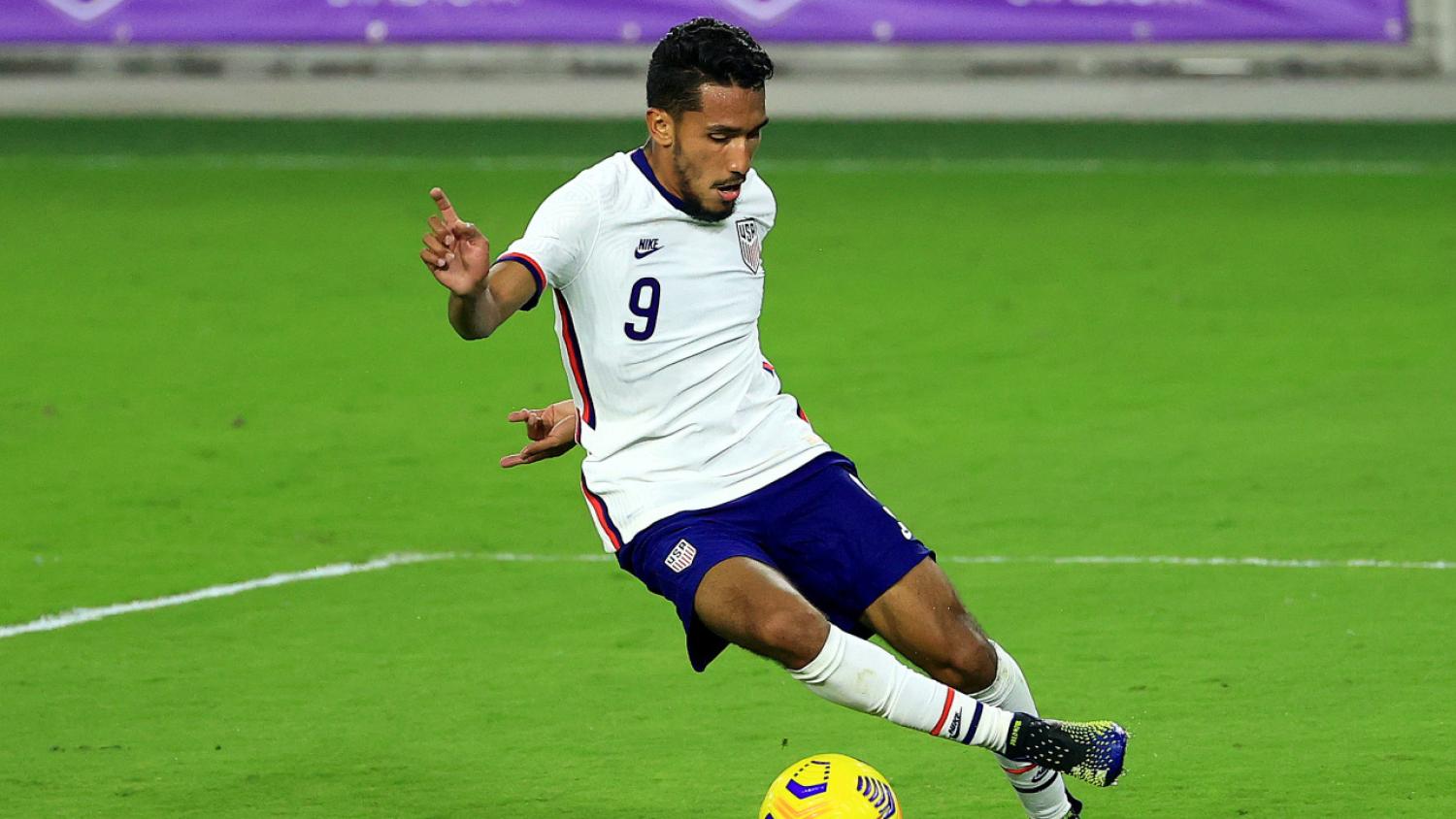 The clock is ticking for the starting USMNT No. 9 to appear.
Getty Images

Haji Wright was only given 119 minutes for the USMNT across four games this June and it appears he won’t get anymore anytime soon. Wright featured in the first half of Tuesday’s mud-fest against El Salvador and after the game USMNT head coach Gregg Berhalter said he wasn’t pleased with what he saw.

Wow, harsh words from Berhalter on #USMNT forward Haji Wright. "It's always difficult when players get a chance and they don't capitalize on it. It's difficult for the coaches and it's difficult for teammates. We thought he could be a force, but it just wasn't his night tonight."

Berhalter did end by saying "It doesn't rule [Haji] out for anything in the future, we don't work like that, but it was an unlucky night for him."

But that definitely seemed like a pointed bit of criticism aimed towards Haji. GB made it clear he didn't see what he wanted.

From this writer’s perspective this seems pretty harsh from Berhalter. Jesús Ferreira was the other No. 9 in the USMNT camp and had two disappointing performances against Morocco and Uruguay. Scoring four goals against 170th-ranked Grenada is great and all, but it doesn’t prove much.

Perhaps Berhalter saw something in training that makes him believe Wright didn’t capitalize on his chance. If Berhalter is truly going to blame Wright for not playing well for 45 minutes in some of the worst conditions ever conceived, then go figure.

The big picture for the USMNT is that the team doesn’t have a solid No. 9.

The U.S. will have two more friendlies in September in preparation for the World Cup. The starting gig for the No. 9 role is going to come down to who is in the best form.

Here’s a rundown of every No. 9 that has made an appearance for the USMNT in 2021-22, how they performed for the team and how likely it is that they go to Qatar.

This list assumes every player is healthy and available.

Ricardo Pepi was the talk of the USMNT-sphere for one month. His heroics in Honduras in Sept. 2021 got World Cup qualifying back on track and then he followed that performance up with a brace against Jamaica.

⚽GOAL! ✌️ Two for Ricardo Pepi, as the young forward gets another one, burying a Brenden Aaronson service down the left #CWCQ pic.twitter.com/7Z0NmvB0SK

One transfer to Augsburg later and the Pepi train has yet to get back on track. Pepi has gone goal-less in his last nine USMNT games and didn’t get a single goal or assist across 11 Bundesliga games.

Despite the poor run of form, he still seems to be Berhalter’s go-to No. 9. He was left off the latest USMNT roster to get a break after playing with FC Dallas and Augsburg from April 2021 through May 2022 with almost no time off.

It’s worth noting that six of Ferreira’s seven goals came against Grenada (4) and Trinidad and Tobago (2). Three of his assists were also in that Trinidad game.

Berhalter has started to turn to Ferreira more and more for the USMNT. He isn’t the traditional target striker and is closer to a False 9. His link-up play up top for the USMNT has usually been decent, but he hasn’t been all that lethal in front of goal against the better teams.

Ferreira finds the back of the net plenty for FC Dallas in MLS, but until he translates that to the national team, he doesn’t have the starting job.

Jordan Pefok is by far the most successful USMNT No. 9 at club level. Pefok won the golden boot in the Swiss Super League with his club Young Boys, tallying 22 goals in 32 appearances. Across all competitions he had 27 goals last season.

An unknown injury kept him off the June USMNT roster. One of the biggest things for Pefok will be seeking forgiveness from Berhalter and U.S. fans for his horrific miss at the Azteca during World Cup qualifying.

If Pefok continues his great club form this fall then he could get another shot to prove himself during the September friendlies.

Berhalter said that Wright isn’t ruled out for anything in the future, but he isn’t pleased with him right now.

Realistically the 24-year-old will have to do something special to get a ticket to Qatar. He was called into the June USMNT camp for his end of the season form with Antalyaspor. Wright was on loan with the Turkish club with an option to buy, however, with his loan ending in June Antalyaspor hasn’t tried to purchase him yet.

If no other loan is made, then Wright would go back to Danish side SönderjyskE.

Sargent lost his role as the starting No. 9 after a disappointing stretch of games in the fall of 2021. He was called into the first USMNT World Cup qualifying squad but failed to make an impact and never received another call-up.

His performance at the club level was equally disappointing as he and Norwich were relegated from the Premier League and he only scored two goals in 26 league appearances.

There's a slight chance that the relegation might benefit him. If he tears it up in the Championship to start the 2022-23 season and becomes a goal scoring machine then Berhalter could give him one last chance.

It’s unlikely that Daryl Dike gets another shot with the USMNT. A mix of the injury bug and getting thrown into the Berhalter shadow realm saw Dike’s time with the national team fade.

Many believed he was destined to be THE guy, but a disappointing 2021 Gold Cup with only two goals against Martinique ended that idea. Dike never featured in another USMNT squad after the Gold Cup.

On Jan. 1, 2022, Dike made a nearly $10 million move to West Brom that was hopefully going to put him back in the spotlight. Injuries derailed his season and he only made two appearances for West Brom in the Championship for a total of 84 minutes.

Dike is rehabbing an injured tendon in his knee and it’s unclear when he will return to the field. If healthy, he will need to put up some big numbers to impress Berhalter.

Go Without A True No. 9 Option

Some USMNT supporters and analysts have made the argument that perhaps the best lineup for Berhalter’s side would be to go without a true center forward. Instead, a front three picked from players like Christian Pulisic, Tim Weah, Gio Reyna and Brenden Aaronson might be the most effective method.

FOX Soccer analyst Alexi Lalas thinks this would be the best option.

“I think we learned Gregg Berhalter thinks Jesus Ferreira is going to be the No. 9.”@AlexiLalas breaks down his @USMNT World Cup XI, which doesn’t include Ferreira- do you agree? ⬇️ pic.twitter.com/Vos8vKsmmt

Berhalter hasn’t tinkered with this idea all that much, but if a No. 9 doesn’t step up soon then this might be the best choice at Qatar.