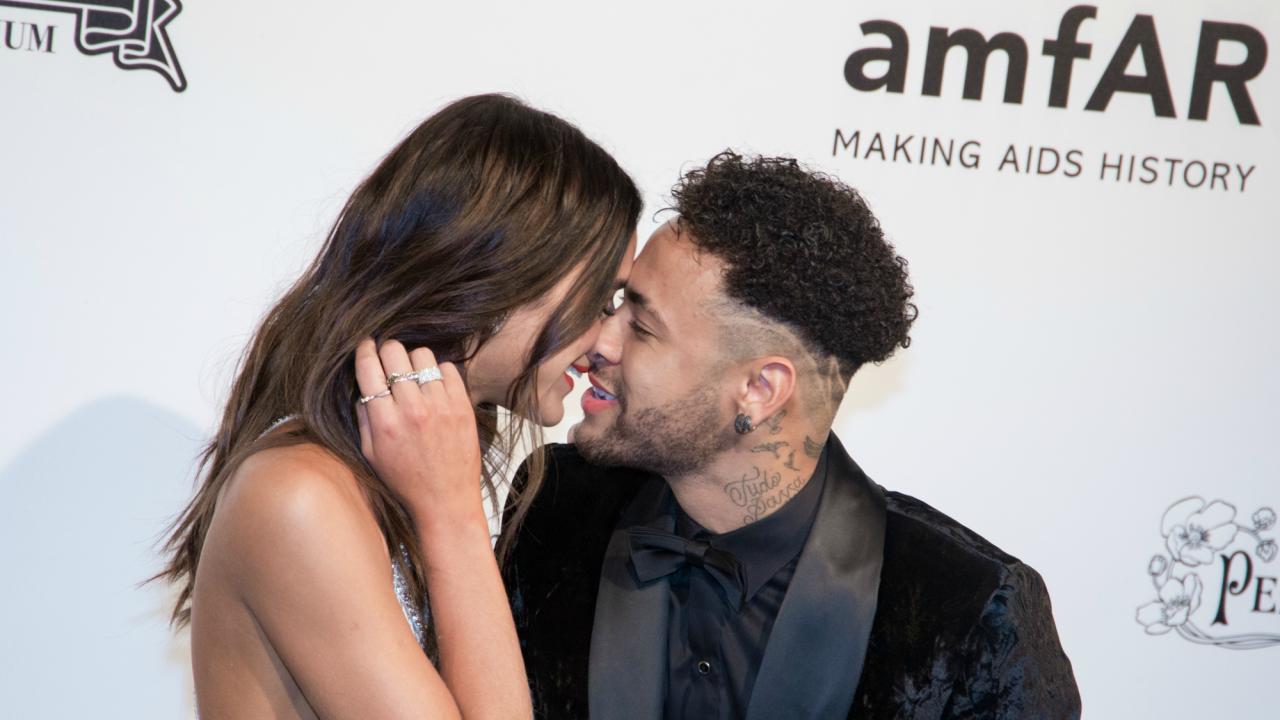 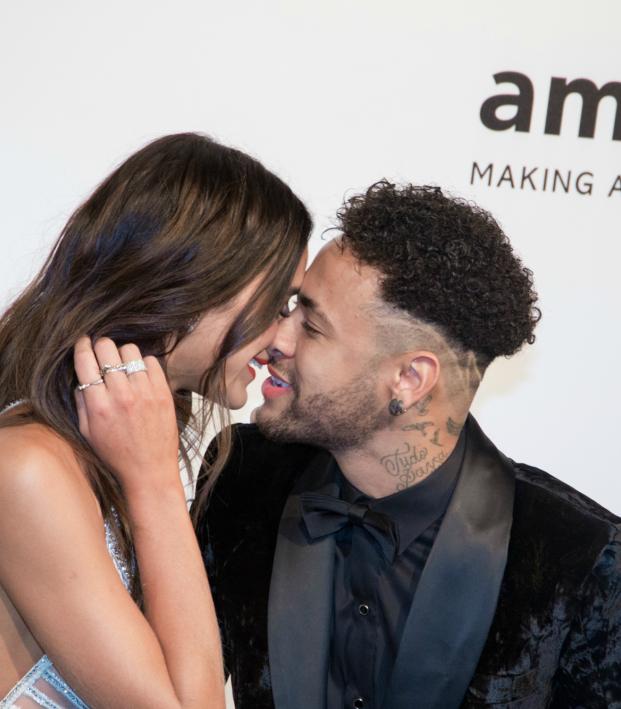 Neymar's Many Incredible Girlfriends Through The Years

In the pantheon of soccer, Neymar Júnior is a God. He is celebrated for his superhuman artistry on the field, as well as his magnetic good looks and star power. So it stands to reason that as is true with other celebrity players like Ronaldo, the list of Neymar's girlfriends, hookups and exes over the years is lengthy and impressive.

Neymar's professional career started at the tender age of 17, when he started playing for Santos. He helped the club win two successive Campeonato Paulista championships, a Copa do Brasil and the Copa Libertadores in 2011, which was the team's first continental title since 1963. His brilliance as a young player was recognized and he was awarded the South American Footballer of the Year twice. He began playing for Barcelona in 2013 and helped bring the club to glory with a multitude of victories. Currently, Neymar plays for Paris Saint-Germain with a contract worth €222 million  ($258 million in US Dollars) making him the world's highest paid player.

When it comes to his glamorous life (including a highly-publicized love life) he has demonstrated that his skills off the field are comparable to those on the field, and he has navigated fame and fortune with ease. Neymar, now in his mid-twenties, has indicated that he is in no rush to enter into a long-term relationship. This Brazilian forward has been quite literally forward with more than just a few beautiful ladies over the years. Below is a list of Neymar's girlfriends, hottest hookups and exes. Stay posted because watching Neymar both on and off the field will undoubtedly continue to be exciting.

Neymar's Girlfriends Through The Years 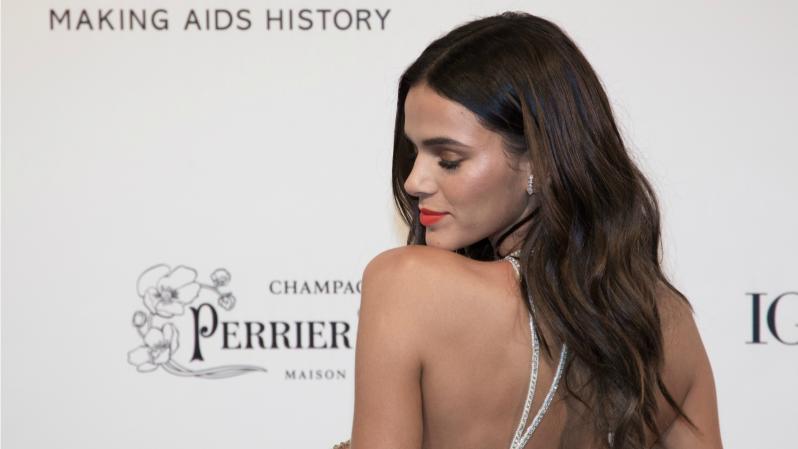 Bruna and Neymar first started dating in 2012 and are still in an on-again and off-again relationship. Bruna is a Brazilian actress who has been acting since the age of five. She first broke up with Neymar in 2013, due to the star’s supposed infidelity. They were back together before the 2014 World Cup, then broke up shortly before the games began. The couple took a long break and didn’t reunite until October 2016 and stayed together until June 2017.

Although it is unclear whether Neymar and Bruna are currently together, they rekindled their romance on New Year's Eve 2017 while partying with Kevin Trapp and his partner, Victoria Secret model Izabel Goulart. 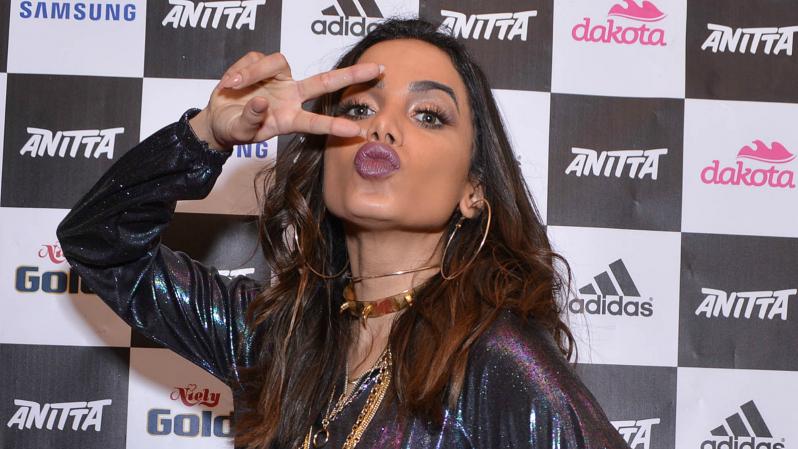 Back in 2014, Neymar and Anitta were a suspected item (Photo: Shutterstock)

Anitta is the stage name of pop artist Larissa Macedo Machado. She attended one of Neymar’s parties in 2014 and Neymar and her were seen disappearing together. They were also seen together many times over the next couple of months out and about around Rio at restaurants and nightclubs. 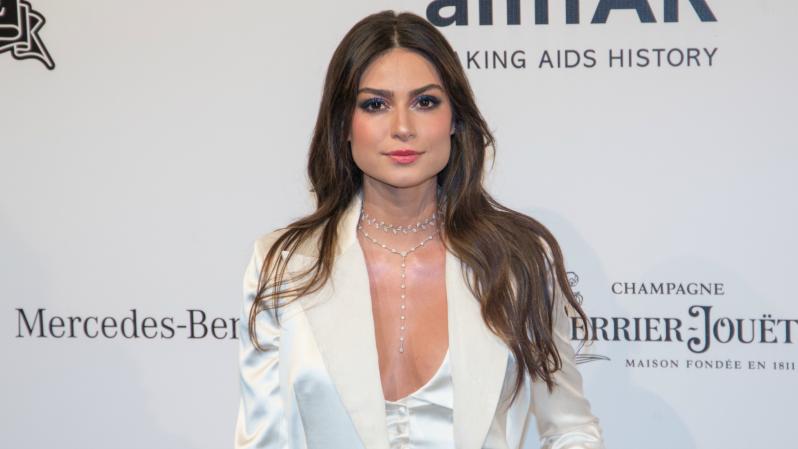 In 2014, Neymar was consistently seen with model and actress Thaila Ayala in Ibiza. They were seen at clubs together throughout their trip and shared the same cabin on a yacht. They also posted multiple photos of themselves together on Instagram.

Okay goodnight, I love Neymar so so so so much (also Davi and Carol que lindos) pic.twitter.com/6MwNWJpS4G

Carolina is the mother of Neymar’s son David Lucca da Silva Santos. Neymar and she dated from 2010-2011 and she gave birth to David in 2011. Although they are not together now, they have a close relationship due to their son.

This model and television star has had relationships with a handful of professional footballers including Neymar. They started dating shortly after his break up with his baby mama and these two similarly came to an end quickly. It has been speculated that Neymar’s new responsibilities as a father led them to call of their short-lived relationship.

Carol Abranches, in all its splendor. The best in the world. Seaward Collection pic.twitter.com/slkvWAwJHS

Brazilian model and dancer, Carol Abranches dated Neymar in 2011. The two were caught spending a vacation together on a yacht in Guaruja. After the relationship ended she opened up to the press and shared that Neymar and she were in an open relationship and she dated three other famous men during the time they saw each other. She insisted that Neymar was the most caring of all of them.

The Brazilian model, Andressa Suita was seen with Neymar shortly after his trip with Carol Abranches. They were seen getting intimate at a nightclub in Sao Paulo and were spotted at other locations around the city.

In 2016 19-year-old Hollywood actress couldn’t stop tweeting at Neymar during the 2014 World Cup. She must have gotten a response and took selfies with him while the two were hanging out together in Paris.

Elisabeth Martinez is a Spanish lawyer who is a huge Barcelona fan. Neymar and Elisabeth were seen at several well known locations around Barcelona, including one of the most popular restaurants in the city the Boca Grande and trendy clubs such as Opium nightclub and Sutton nightclub. These two did end the relationship after a few months in 2014 and then started back up in January 2015.

Roberta was a dancer on Domingao do Faustao, a Brazilian television show. It is still unclear whether Neymar and she dated, were just a little thing, or were nothing at all. Rumors began in 2012 that they were seeing each other after pictures of her and Neymar had surfaced. She told interviewers that Neymar had been doing business with a group of ballet dancers she worked with and that they had met through that and remained friends. She claims that they were never intimate but there are still many speculations.

Laryssa and Neymar had a short-lived affair that only lasted one month in December 2013. They did not make it to 2014 and Laryssa had a lot to share after the two of them ended things. She revealed to media sources that Neymar had been unfaithful to his ex-girlfriend Bruna Marquezine with her. Neymar has said that he filed suits against Larissa, accusing her of slander and character defamation.

Patricia is a playboy model who released a story that ended up being the cover for an edition of Playboy stating her and Neymar had an affair for three months in 2013. The cover was titled "Patricia Jordane, the brunette that enchanted Neymar." Neymar denied the story and his agents appealed to the Brazilian court to have that particular edition of the magazine pulled from shelves. Despite his denial of the affair, Patricia insists that it did in fact occur.

Brazilian fitness expert Mayra Cardi studied sports nutrition and is licensed in aerobic personal training. She owned property next door to Neymar which apparently gave them easy access to each other. The pair got together in 2012 but kept most of their relationship on the down low.

In 2013 Neymar was back in Ibiza, but during this vacation he was with Serbian hottie Sara Vucelic. After their vacation, Neymar and Vucelic stayed in touch through Skype and planned for her to visit the soccer star in October 2014. Neymar couldn’t wait that long and had his private jet pick her up and drop her off in Spain.

Carol Belli was a former stage girl for the Brazilian television comedy Panica na TV. Neymar and Carol were together at some point in 2012 and ended when "Bruna just took over from out of the blue." Carol had told friends that Neymar and she had been talking over the internet and she had been consistently attending his parties. She even attended one after he and Bruna got together and Bruna wouldn’t let her speak to any of the player’s close friends or Neymar.

Daniela Carvalho began dating Neymar in August, 2011, but they kept it quiet. Neymar was a new father at the time and Daniela was pursuing an acting career, so the relationship never made it far.

Model Gabriella Lenzi has never admitted publicly to a relationship with Neymar, but she posted an Instagram selfie with him in 2014 after he scored a brace vs Croatia – on what happened to be Valentine's Day in Brazil. They were later spotted in Ibiza partying after Brazil's defeat to Germany in the 2014 World Cup.

Neymar and TV presenter Nicole Bahls had an alleged fling in 2011, but later denied ever having an intiate relationship. However, while on "En Nunca," a web show in which people are asked personal questions, Nicole admitted to seeing Ronaldo (R9) and Neymar.