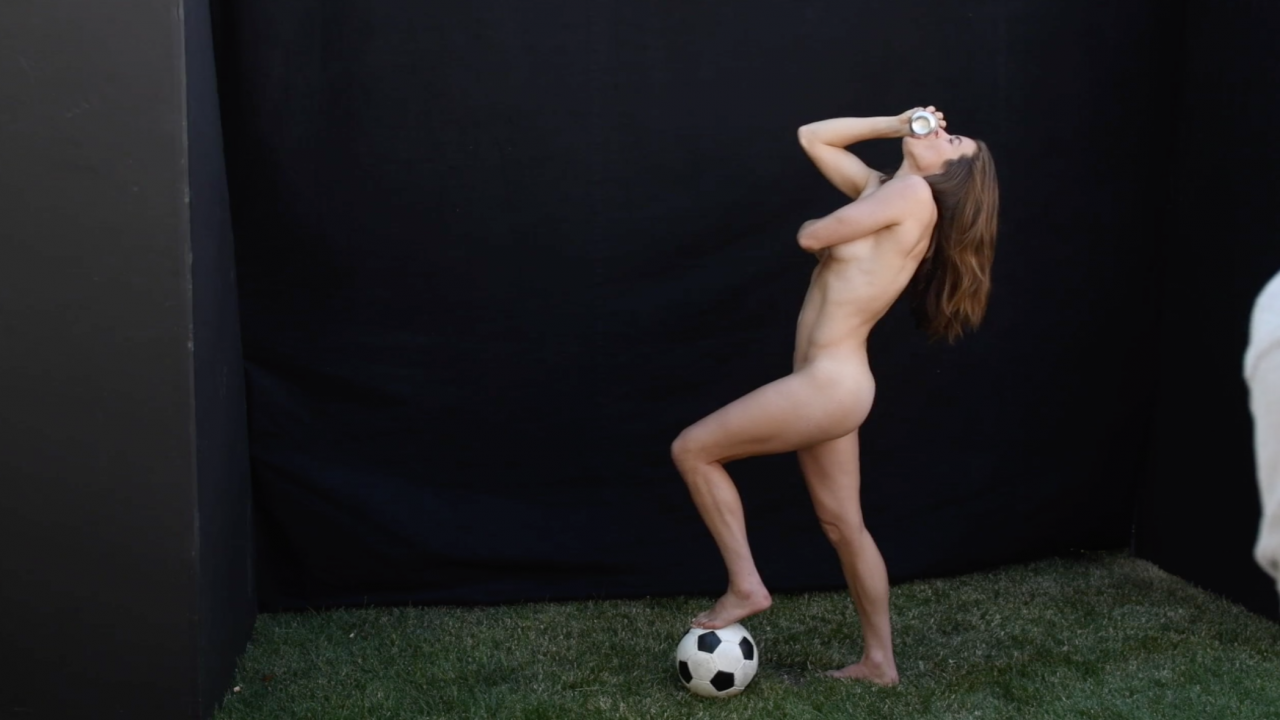 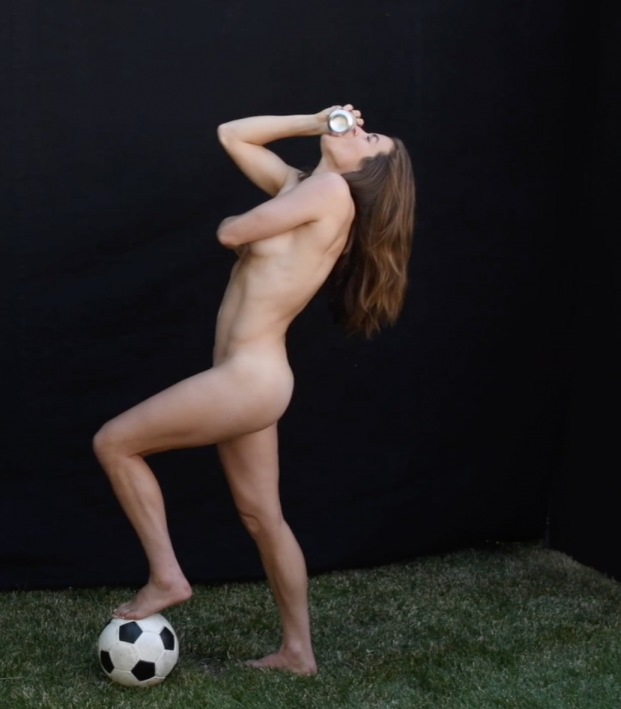 How does one celebrate winning a second Women’s World Cup? Shotgunning a beer naked, naturally.

Kelley O’Hara helped the USWNT win the 2019 Women’s World Cup over the summer. Afterword, she was asked to pose for ESPN’s Body Issue, becoming the latest in a long line of footballers to appear in the annual issue.

O’Hara, however, had one stipulation for appearing naked: She wanted a celebratory shot.

If you’re going to be naked, might as well have some fun with it! Doing a celebratory shot was my one request when I got asked to do the Body shoot. Obsessed with @rachelullrich for letting me actually do it and on how it turned out! https://t.co/HumiZKHA10

O’Hara, a 31-year-old right back, got her wish. O’Hara was photographed spraying a bottle of Budweiser like she just won the World Series, which became one of the cover photos for the issue.

Got naked. Popped bottles. Thanks @espn for the epic day! #bodyissue  - @heatherhazzan

And, for good measure, O’Hara shotgunned a can of Budweiser like a boss.

Check out all of Kelley O’Hara’s Body Issue photos on ESPN here. You can also buy the issue on newsstands everywhere, wherever newsstands still exist (Barnes & Noble, maybe?). This will actually be your last chance to buy a physical copy of the Body Issue, as ESPN The Magazine will no longer publish print editions after September.

O’Hara, who has two Women’s World Cup titles and one Olympic gold medal in her career, became the 17th soccer player to appear in ESPN’s Body Issue, plus D.C. United’s entire 2009 team. Of those, 10 have been USWNT players, including Megan Rapinoe (with partner Sue Bird), Crystal Dunn, Julie Ertz (with husband Zach Ertz), Natasha Kai, Ali Krieger, Sydney Leroux, Christen Press, Hope Solo and Abby Wambach. USMNT players Carlos Bocanegra, Omar Gonzalez, Tim Howard, Jermaine Jones and Oguchi Onyewu have also appeared in the issue as has Zlatan Ibrahimovic. Few sports have had more representatives in the Body Issue than soccer, because everyone knows soccer players have the best bodies (yours truly not included).

Also watch Kelley O’Hara’s accompanying behind-the-scenes interview for the Body Issue. In it, she’s asked what her favorite body part is. You can probably guess her answer.