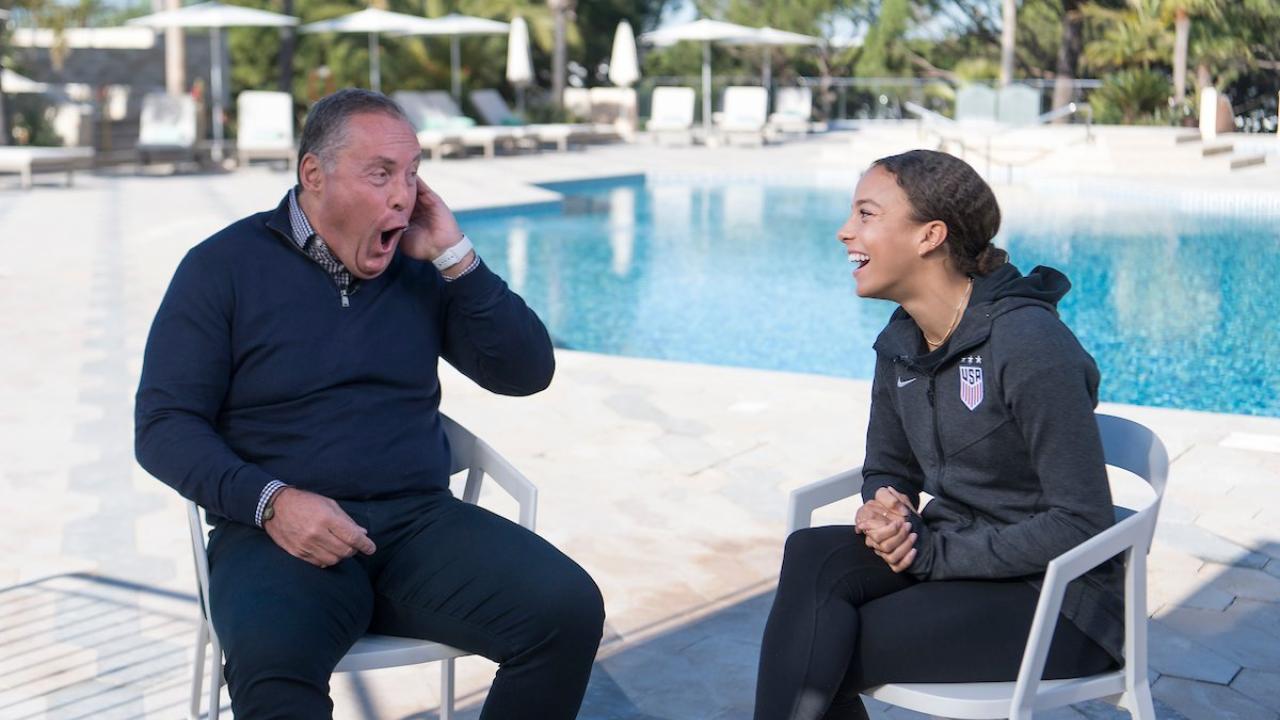 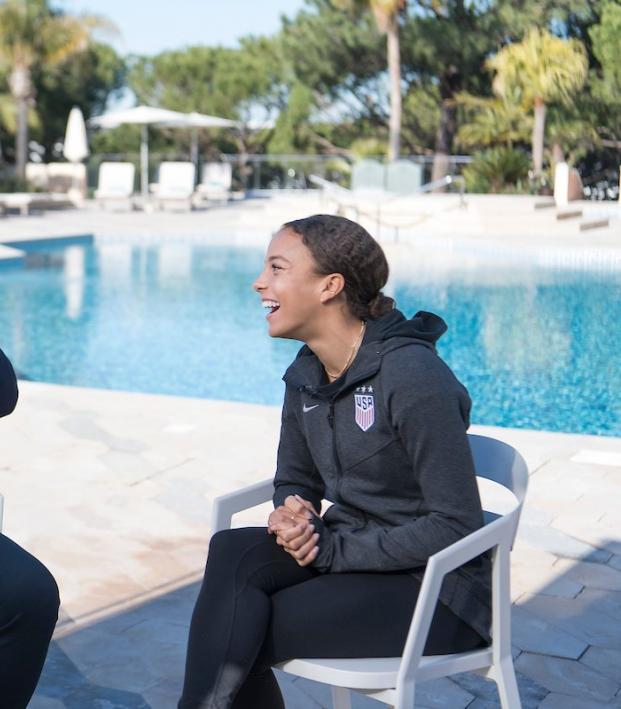 The USWNT is hard at work preparing to defend its World Cup title from four years ago. The players arrived for the first camp of the year in the first week of January, and their first match is Saturday against third-ranked France. Before the World Cup kicks off in June, the U.S. women will play 10 matches in 10 different cities.

So what has the USWNT been up to in the lead-up to what is undoubtedly its toughest World Cup friendly?

Let’s check in, looking at the last couple weeks of USWNT Twitter posts.

The USWNT gathered in southern Portugal on Jan. 6 to begin its January camp, the first time ever such a camp has been held in Europe. With France hosting the 2019 World Cup, coach Jill Ellis and U.S. Soccer wanted to start the European acclimation process early. In fact, it began at the end of 2018 with friendlies against Portugal and Scotland, both rare road matches.

wow we hope you are ready for this.

8 minutes of the #USWNT mic'd up at #JanuaryCamp drops now pic.twitter.com/o46r2n1fkb

Not all the time in Portugal was spent on the pitch. A few players spent time with legendary broadcaster Andres Cantor, who will be covering the World Cup this summer.

Shoutout @AndresCantorGOL for making the trip to our first camp of 2019‼️@TelemundoSports will have extensive #FIFAWWC coverage this summer  pic.twitter.com/8zm16S6mpk

And here’s another training hype video, just because they’re so cool.

There was also some big news from stateside for the team. USWNT defender Tierna Davidson was chosen with the first pick of the 2019 NWSL College Draft on Jan. 10.

Davidson wasn’t able to attend the draft because she was training with the national team, but she was able to carve out time to record a video of thanks for being drafted, the sixth straight USWNT player to go No. 1 in the NWSL draft.

Another one  @tierna_davidson is the sixth consecutive #USWNT player to go No. 1 in the #NWSLdraft. pic.twitter.com/FUBYz4CzqM

While much of the January camp was focused on preparing for France (both the team and the tournament this summer), there were good times to be had. Just check out these goofballs.

Find someone who is as happy to see you as @moeebrian is to see @dannycolaprico. pic.twitter.com/Kpm01ihpi9

Our personal favorite bit from the USWNT over this period was the return of the BFF Quiz, which is definitely worth a full watch. But we have to say, as a Boulder-based company, we don’t understand Lindsey Horan’s choice for her favorite restaurant in Denver, even if fellow Denver native Mal Pugh correctly guessed it. (The USWNT will be in Denver on April 4 to play Australia, so check out Thump while they’re in town and maybe you’ll see the reigning NWSL MVP there.)

These friendships spark so much joy.
The #USWNT BFF Quiz is BACK pic.twitter.com/LP1bBOmmZB

The real highlight of the USWNT’s January camp was on Wednesday, when the players traveled to Normandy to meet with some World War II veterans, including 99-year-old Steve Melnikoff, who stormed the very same beach they were on 75 years ago on D-Day.

Our claim to equality, to liberty, to freedom — that claim is written in Normandy.

“It was the most humbling thing I’ve ever been a part of,” Carli Lloyd said. “They literally saved the world.”

Today we were honored to be able to spend some time with four WWII veterans here in Normandy.

Today was a special day

How To Watch USWNT vs France

With that, the USWNT finished preparations to play France in a friendly on Saturday. The match will kick off at 2:45 p.m. ET and be broadcast on both FS1 (English) and UDN (Spanish). (Don’t be fooled when you see advertisements for a 2:30 p.m. kickoff, because, as we’ve discussed before, U.S. Soccer matches never kick off when they say they will.)

The USWNT will also play against Spain on Tuesday. That match will kick off at 2:30 p.m. ET and be broadcast by ESPN2 and UDN.