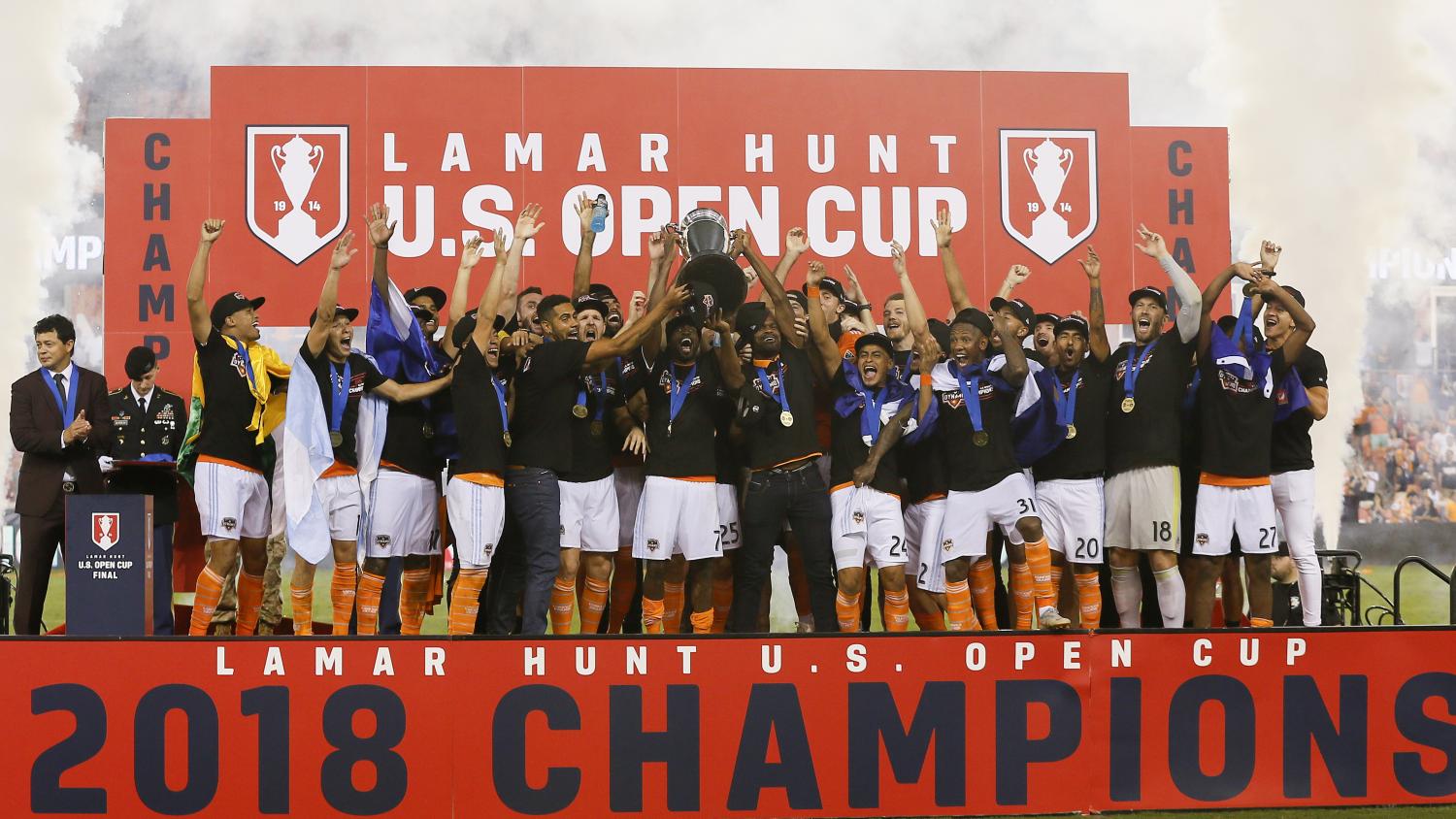 Founded in 1914, the U.S. Open Cup holds a special place in American soccer, both from a historical perspective and it today's ambition for the country's future in the sport. For the past few years, the competition has been available at varying levels across YouTube, the Open Cup website or club websites. But on Friday, ESPN added another layer to its commitment to U.S. soccer.

How To Watch US Open Cup

Starting this season, the ESPN+ streaming service will be the home for the U.S. Open Cup from the first round all the way to the final. It will carry the rights for the next four years, finally giving the competition a consistent home.

"We are confident that this partnership between U.S. Soccer and ESPN will drive the tournament to new levels and create more opportunities for fans to engage with this compelling content," stated the President of MLS Business Ventures, Gary Stevenson.

Game changer. @ussoccer and @espn+ have reached an exclusive media rights agreement for the #USOC2019 and years to come. » https://t.co/ldzfVTeXud pic.twitter.com/wjB1WtIpzj

ESPN will handle the costs associated with each broadcast, which should finally start to standardize the level of presentation. While the press release didn't mention specific additional content related to the Open Cup, ESPN+ has done a great job with the FA Cup this year. Having ESPN-run streams and possibly pre- and/or post-match shows highlighting clubs and recapping the action will help raise the awareness of the tournament.

And if you haven't already subscribed to ESPN+, I'm not sure what else you need.

For $5 per month or $50 per year, it offers six to eight MLS matches each week, all USL and USL League One action, Serie A, the FA Cup, matches from the Championship and League One in England, the UEFA Nations League, coverage from Australia, China, the Netherlands, Sweden and Denmark, international matches and now the U.S. Open Cup. And that's just the live soccer content.

The 2019 Cup will feature 84 clubs from MLS down to the amateur ranks. While MLS, USL and USL League One teams are all entered into the tournament, qualification for amateur clubs across America began last fall. In all, 94 clubs started the process back in September, working through four qualification rounds that finish up this weekend.

Seven local amateur sides will join the 2018 National Amateur Cup champion Milwaukee Bavarian SC, 14 sides from NPSL based on 2018 results, 10 from what is now USL League Two and six League One clubs. The first round (proper) will take place on May 7 and 8, with the draw coming sometime in mid-April. The winner walks away with $300K and a spot in the Concacaf Champions League.

Perhaps finally a competition that is revered by many U.S. soccer enthusiasts, especially supporters of the smaller clubs dotting the nation, can settle into a permanent home and begin to build its magic and following.