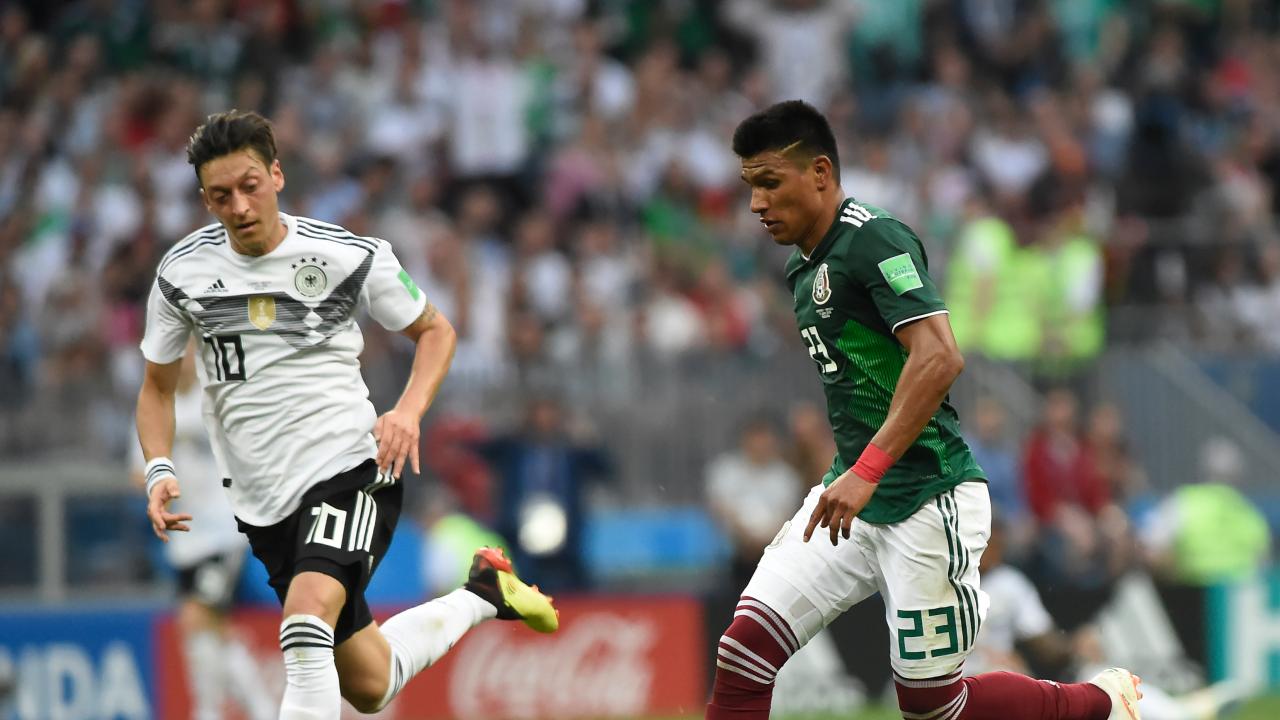 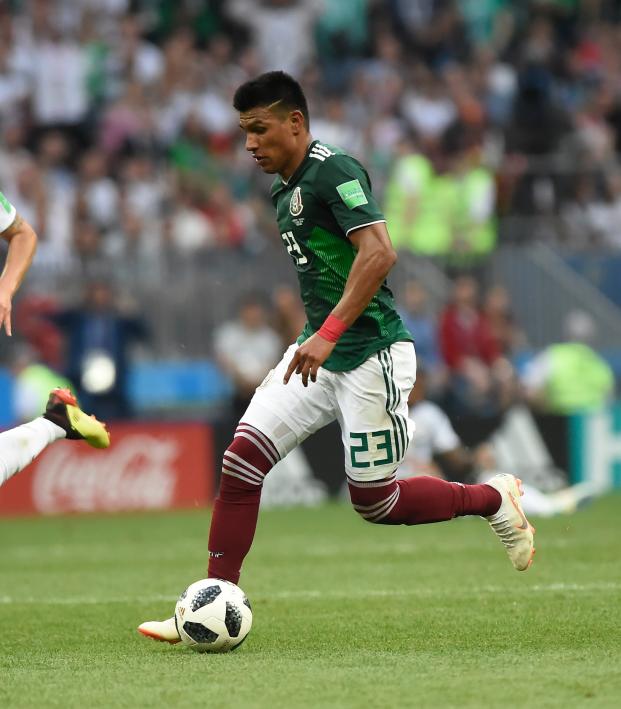 To be the best, one must beat the best. Mexico did just that in its opening match, overpowering Germany with an impressive 1-0 win in the Group F opener on Sunday. With a result like that, many are wondering how Mexico can win the World Cup, if it’s possible and what the path would be.

Mexico has never made it past the Round of 16 in a World Cup that wasn’t on home soil. But this year in Russia feels a little different. There have never been more foreign-based players on the squad and the quality throughout the team is among the best Mexico has ever had. While there isn’t one standout star like a Hugo Sanchez or Cuauhtémoc Blanco, this group has everything you could want: experience, youth, verve, enthusiasm, flair and strength.

So for perhaps the first time ever, Mexico fans are wondering if they can legitimately win the whole thing, and this is a step-by-step guide for how Mexico can win the World Cup and make its way through the World Cup bracket.

How Mexico Can Win The World Cup

First of all, Mexico must complete qualification for the Round of 16. While the win over Germany was great, it would mean nothing if El Tri throws it away by losing the next two matches; South Korea and Sweden are no pushovers.

Mexico currently has the inside track for first place in Group F. Tied with Sweden after the first round of matches, the Swedes must still play defending champion Germany. Finishing first is vital for Mexico, because that likely means missing Brazil in the Round of 16.

Mexico can’t afford a hangover against South Korea and it cannot lose to Sweden. Four points from the two matches would likely be enough to finish atop the group. The only way four points wouldn’t give El Tri the group is with a 7-7 tie with Sweden, but that would require Sweden to beat Germany.

So if Mexico wants to win the World Cup, it all starts with taking care of business against South Korea and Sweden to win Group F.

Assuming Mexico does what it needs in the group stage and Brazil does as expected and wins Group E, a meeting with Switzerland or possibly Serbia awaits in the Round of 16. This would be Mexico’s easiest Round of 16 match since facing the United States in 2002, though that one didn’t finish in El Tri’s favor.

Mexico played Argentina in 2006 and 2010, losing both times. Last time it was the Netherlands that sent El Tri packing in the first knockout-round match, and most Mexico fans probably still haven’t forgiven Arjen Robben. Mexico has also lost to Germany (1998) and Bulgaria (1994) in the Round of 16 since defeating Bulgaria in the same round in 1986.

Against Switzerland, Mexico’s guile will be vital. The likes of Hirving Lozano, Chicharito and a dos Santos brother or two will need to be at their best to unlock the well-drilled defense of Switzerland. Outside of a screamer from Xherdan Shaqiri or Granit Xhaka, Switzerland likely won’t challenge Mexico’s defense too much, so a 1-0 win seems most likely as El Tri reaches the quarterfinals for the first time since 1986.

Previous forays into the quarterfinals for Mexico have ended at the hands of Italy (1970) and West Germany (1986). This time will finally be different against a European power.

After finishing runner-up in Group G behind Belgium on goal differential, England will be eager to prove itself against the Group G winner, possibly Colombia, but at this point it’s anyone’s guess. The Three Lions will flex their muscles with an impressive Round-of-16 win, their first since 2006. Unfortunately for England fans everywhere, they will once again fail to advance to the semifinals, where they haven’t been since 1990.

England is a team with some exciting offensive players up top, but it lacks the creativity in midfield to break down the best teams. Mexico will utilize two defensive midfielders just like it did against Germany to thwart any attack from Jordan Henderson and his fellow midfielders.

That said, the Three Lions are tough to hold off, but they’re also susceptible at the back. An entertaining 2-1 or 3-2 win for El Tri will send Mexico to the semifinals for the first time ever.

The Simpsons has long predicted a Mexico-Portugal World Cup final, but Matt Groening will have to settle for a semifinal match. In unfamiliar territory this deep in the tournament, El Tri will go up against a well-known opponent, having faced Portugal twice in the 2017 Confederations Cup.

Portugal will win Group B on goal differential and easily get past whoever Group A sends as its runner-up. Then Ronaldo scores another hat trick to beat Croatia 3-2 in the quarterfinals to set up a showdown with Mexico.

While Mexico earned an exciting 2-2 draw against a Cristiano Ronaldo-led side in group play last summer, El Tri lost 2-1 in extra time to a Ronaldo-less Portugal in the third-place match. This time, however, Ronaldo will be playing and it will be another draw. After playing to another 2-2 stalemate in regulation, the teams go to penalty kicks and Guillermo Ochoa will come up with the heroics, denying Ronaldo on the fifth penalty for a 5-4 victory.

By avoiding Brazil in the Round of 16, Mexico won’t have to face the South American powerhouse until the final, and what a final it will be.

Brazil will reach the final having taken down Germany, Belgium and France and Neymar will look like he’s about to be crowned king of Brazil. But in the final, Brazil will learn what Germany learned in the World Cup opener — this Mexico team isn’t to be trifled with.

Mexico, knowing it’s playing with house money, will go all-out against Brazil. While Juan Carlos Osorio won’t completely forget about defense, he’ll let his offensive players off their leash. Brazil won’t know how to react to a team not sitting back to defend, going down 3-0 in the first half.

Neymar will help Brazil pull two back, but unlike the U.S. in the 2009 Confederations Cup final, this Concacaf side won’t collapse and Mexico will win its first ever World Cup championship.

So, what do you think? Is this a likely scenario? Considering Mexico has never reached the semifinals, it might seem a bit far-fetched, but this is how Mexico can win the World Cup.