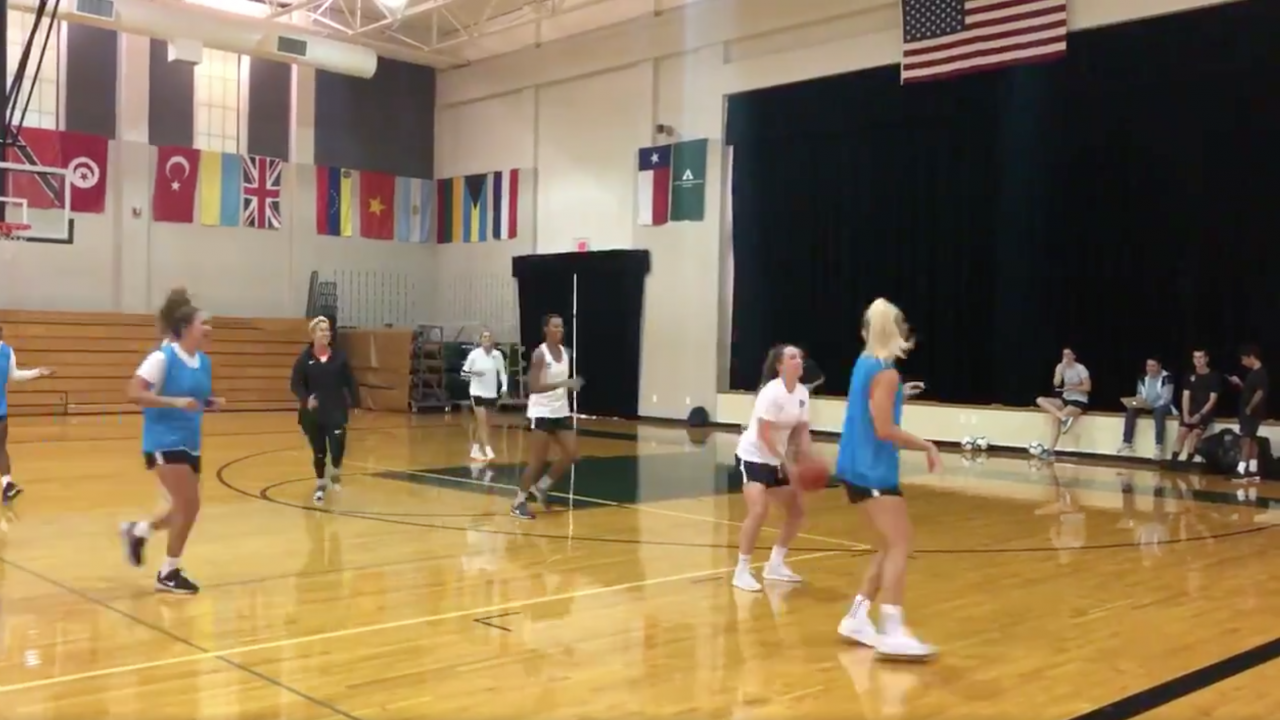 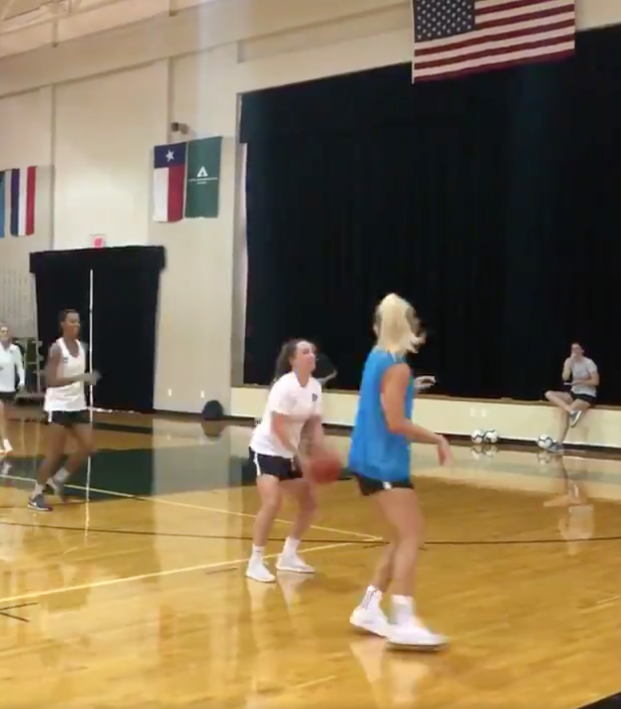 All But Out Of NWSL Playoff Contention, Houston Dash Look To WNBA

The Houston Dash are probably the least popular club in the NWSL. They’re the only team without a USWNT player and they’re seemingly allergic to scoring, with only the dysfunctional Sky Blue having fewer goals.

So maybe they’re on to something with this basketball thing.

The Dash, all but out of the playoff running in NWSL, practiced basketball on Thursday as Houston was smashed by a tropical depression, making outdoor training impossible.

Led by Allysha Chapman’s Rick Barry-esque shooting, the Dash looked as comfortable on the court as they’ve looked on the pitch this season.

Houston hasn’t had a WNBA team since the Houston Comets folded in 2008 after winning the first four titles in league history. So perhaps the Dash could switch from the NWSL to WNBA.

In fact, the WNBA may not be right league for the Dash. Based on this dribbling, the NBA might be more their speed.

Thank you @awtyintlschool for letting us use your facilities! Also, we may or may not be starting a  team #DashOn pic.twitter.com/kba8IhOug6

Houston was forced to practice indoors at the private Awty International School, where Stu Holden went to high school, because of heavy rainfall from tropical depression Imelda. The city, which was hammered by Hurricane Harvey two years ago, is experiencing major flash flooding.

...yeah, training will not be held outside today  pic.twitter.com/S629GXnSlL

Houston is currently seventh in the nine-team NWSL with 25 points through 21 games. With three matches to play, the Dash aren’t entirely out of the playoff picture, but they’d need at least seven points and some major help to reach the postseason for the first time in the club’s six-year history. Aside from the Utah Royals, who are in their second season, Houston is the only NWSL team to never have made the playoffs.

But at least Houston isn’t the worst team in the league. That moniker belongs to the Orlando Pride, who have been downright pathetic this year despite a roster that includes Alex Morgan and Marta. Maybe the Pride should hire a coach who actually believes women should be paid fairly and stop partnering with anti-Pride companies.