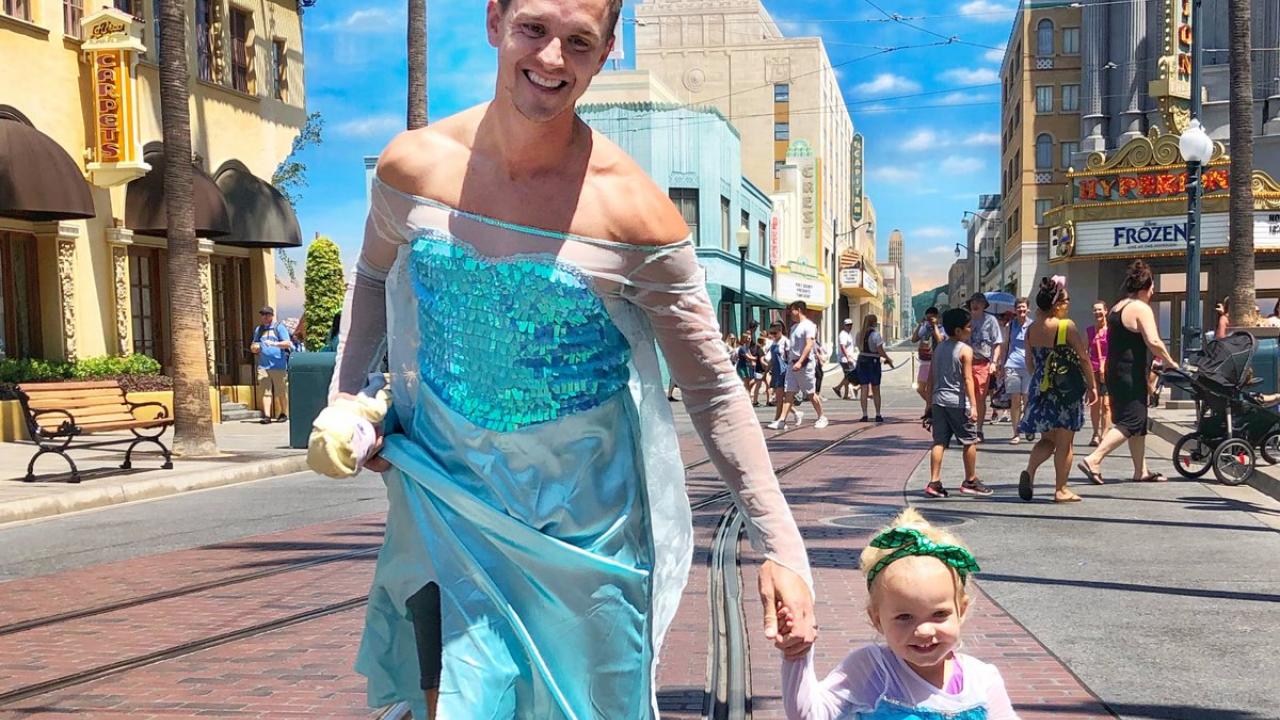 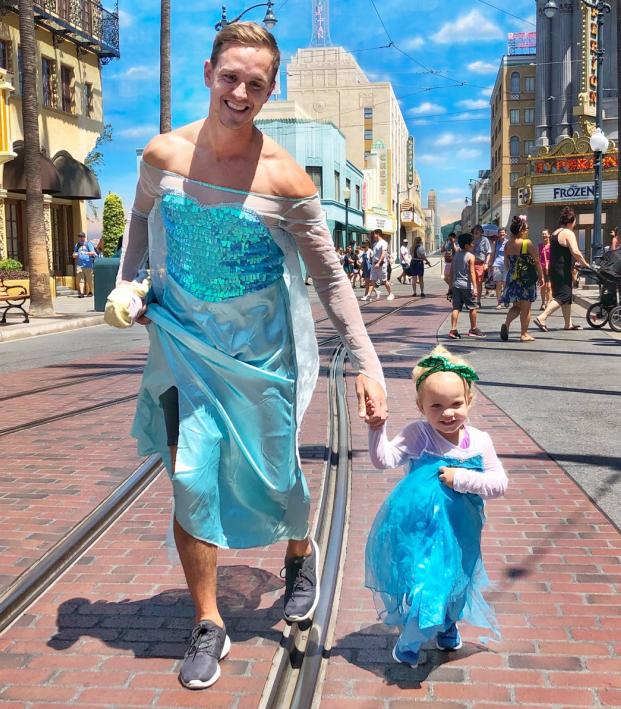 The former Houston Dynamo and Bolton Wanderers player decided to do a little cosplaying, dressing up as Elsa from Frozen (I assume; I’m the only one who hasn’t actually seen the movie). Kennady dressed up as well.

Only one was told to take off the dress.

Just two princesses hanging at @disneyland..... until Dad was told to take his dress off by park staff. APPARENTLY you can’t impersonate characters if you’re over 14..... uhhhh Sorry I’m not sorry I make a great Elsa. Holllla  #DadsInDresses #dadlife #frozen #Elsa

It turns out, the beautiful Stu Holden dress ran afoul of a little-known Disneyland rule. According to Rule D: “Costumes may not be worn by guests ages 14 or older.”

That’s an ageist rule if I’ve ever seen one. What’s next, are they going to tell people they can’t ride Magic Mountain because they’re too short? (As an aside, decades ago Disney World told my identical twin brother he could ride Magic Mountain, but I was too short. I'm still bitter.)

Cosplaying is such a big part of fandom these days, it’s shocking Disney still prohibits it at its parks, unless you’re under a certain age. It's not like they're disrupting anyone at the park, like Alex Morgan does. It’s offensive and ageist, discriminating against people solely because they aren’t small and cute.

Well, Stu Holden is kind of small and cute, so he should be allowed to rock that Elsa dress all day long.

And anyone else who wants to dress up as his or her favorite Disney character should be able to do so as well. Though the rules state otherwise, you wonder if Stu would’ve been asked to change had he been a skinny blonde woman.

While we’re at it, there are some other Disneyland rules I think need to be reexamined:

I guess I’m fortunate my child, a grumpy, middle-aged cat, has yet to ask me to take him to Disneyland, because those rules are stifling. I wouldn’t even be allowed to dress up as my favorite Disney princess: Stu Holden.