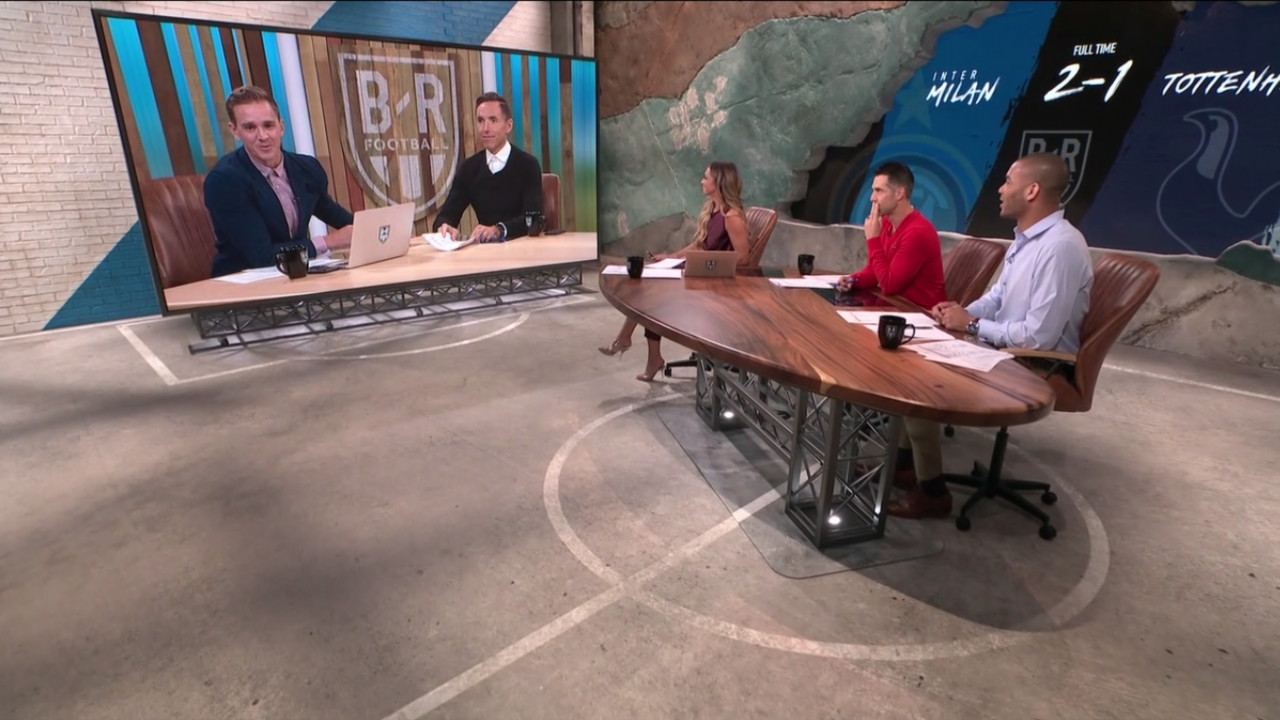 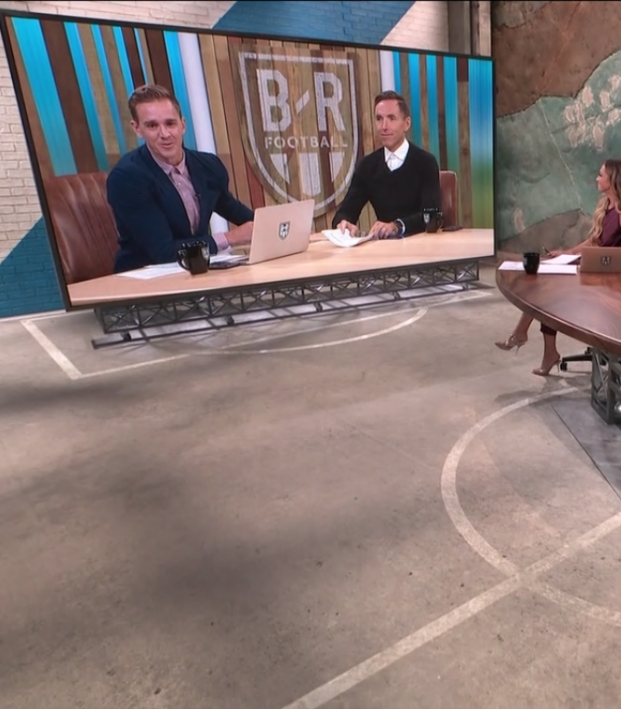 So, were you able to find the Champions League on TNT? Or were you left scratching your head as to how to watch the world’s best club competition?

The U.S. Champions League TV rights are no longer owned by Fox (hallelujah!), so you may have had some trouble finding the tournament this week (if you didn’t read this).

Turner Sports now owns the Champions League TV rights in the U.S. The broadcaster, which owns channels such as TNT, TBS and truTV, has decided to put matches on TNT, with those not on TV available for purchase at $2.99 each (or with a subscription starting at $9.99 per month).

This week marked the first true assessment of TNT as a soccer broadcaster with the start of the UCL group stage. Opinions of the Champions League on TNT were pretty negative — which is saying something considering how low Fox had set the bar.

Let’s start with the good.

The best thing about the Champions League on TV this year has nothing to do with Turner Sports itself. UEFA decided to finally put two kick-off times per match day (like it has done with the Europa League). Now matches start at 1 p.m. ET and 3 p.m. ET, giving Turner Sports two chances to show matches. This is great for fans around the world, spreading out the action that comes fast and often, especially in the group stages.

This also means TNT has devoted around five hours per match day to Champions League coverage, starting with pregame for the early matches, a studio show between the two match times and a bit of a postgame show (plus halftime shows). While this was an obvious choice for TNT, it wouldn’t have been surprising if they just opted to show no pregame or postgame and considered the four hours of matches enough.

The studio talent, while borrowing heavily from Fox, is slightly better than Fox, so far. Stu Holden and Kate Abdo both lend their expertise despite still being on contract with Fox. Holden is joined by Steve Nash (a former NBA star) in a separate studio. Abdo is joined by a rotating cast that has thus far included former USMNT players Tim Howard, Carlos Bocanegra and Oguchi Onyewu, plus former England international Owen Hargreaves, who’s actually Canadian by birth.

I like Holden and Nash individually, but it is a bit odd to have them in a separate studio talking about matches. Nash has decent knowledge of soccer, but he’s still an interesting choice as an analyst. Sure his father played professionally, but if my dad was a doctor, that wouldn’t qualify me to diagnose illnesses.

Abdo is great at what she does (up there with Rebecca Lowe as great soccer hosts). The other talent is way too green to really give strong commentary one way or another.

Howard has the most experience of the American in-studio analysts, which is saying something considering he’s still an active player. He’s called matches for NBCSN in the Premier League and has a good grasp on the job. Hargreaves likewise has been doing this for a little while.

Gooch and Boca, however, are still learning. Of the two, I think Bocanegra is the stronger analyst, but he needs a little time to become more natural. Gooch tries to make everything about himself: “I picked X to win and they did,” “I was surprised by this,” “I didn’t know X was so good!” No one really cares what a washed up defender says; they want analysis.

One particularly cringe-worthy moment came during a debate of the top five clubs in Europe. The broadcast showed a ranking of the top five, but no one knew where the ranking came from, with Abdo merely saying it was based on “criteria.” Nash called the list click bait, which is hilarious given that, as World Soccer Talk pointed out, click bait is what Bleacher Report is probably most known for as a website. 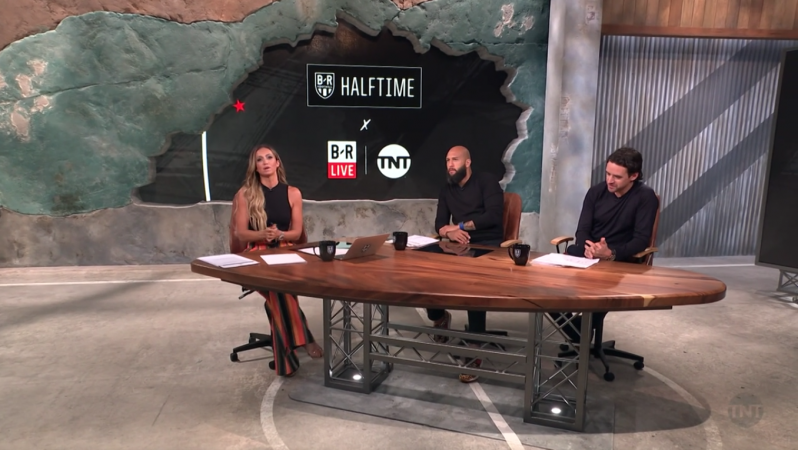 Overall, the group has been passable, and hopefully the analysts will improve. They’re better than Fox in that they don’t just focus on the casual aspects such as “omg messi so good” or “Did you hear Cristiano Ronaldo has a new team?!” But, just like Fox at the World Cup, Turner Sports went with a cheap cast of newbies instead of experienced broadcasters who might have cost a little extra.

Personally, one of my favorite parts of having the Champions League on TNT is that when the action is over, if you forget to change the channel or turn it off, you’re subjected to random TNT reruns of shows like Charmed or Law & Order. This is far better than being slammed by the horrid experience of having to watch the clowns who make up FS1’s commentary team: talking heads like Skip Bayless and Colin Cowherd.

But the Champions League on TNT got a lot wrong, too. The fact people are clamoring for the days of Fox is pretty shocking.

Also the massive paywall blocking any game that’s not considered marquee. Massive step back for soccer viewing in the USA. @FOXSoccer come back please

For starters, Turner Sports’ decision to show just one match at a time is absolutely disheartening.

Here’s a broadcaster with multiple channels and yet Americans can watch just one match at a time with a basic cable package. Last year, Fox typically showed a match on FS1 and FS2, with others available on TV through additional packages, plus the occasional Facebook stream.

Turner Sports broadcasts various sports on TNT, TBS and truTV throughout the year, so there should be no reason to not show Champions League matches on at least two of those channels. There is never anything interesting on truTV, so to not have matches on that channel is just baffling. TBS surely wouldn’t lose customers if it chose to miss a few Friends and Seinfield reruns in the middle of the day.

To the people who thought Soccer was getting somewhere in the US; just understand that the biggest club competition in the world is underway, only one of the 2 active games is airing (the worse of the two), it’s on TNT, and the other you have to pay BR to watch. Good shit America

But hey, showing just one match at a time might be a godsend for Tottenham fans.

You can't get disappointed about a Champions League result when you can't even watch it because of TNT/Bleacher Report's lame pay structure. #COYS pic.twitter.com/1JwHcmDgVJ

This is only compounded by the fact Turner Sports wants to nickel and dime you with its new subscription service Bleacher Report Live — in fact it’s likely the No. 1 reason Turner chooses not to broadcast more than one match at a time.

B/R Live is basically a Netflix for sports, except you have to pay for each sports pass. The soccer subscription is $9.99 per month or $79.99 for a year. You can also pay $2.99 for an individual match. B/R Live is the only way to watch Champions League matches not on TNT and the entirety of the Europa League in the U.S. in English.

Another downside to TNT’s coverage of the Champions League, though this is by no means a surprise, is the broadcaster’s choice to use stock British announcers for every match (as in, not their own announcers). This of course leads to some awful British announcing; British announcers rarely contain their homerism when it comes to British clubs in the tournament. And these guys (yes, all men) have plenty of obnoxious idioms and clichés that grow tired pretty quickly.

While these British announcers with no connection to Turner Sports are probably better than throwing some Americans into a booth in Los Angeles to call the matches, as Fox pathetically did for most of the World Cup, it’s a shame TNT hasn’t tried to own the Champions League like NBCSN has done with the Premier League.

NBC has done a brilliant job with the Premier League, making sure its own broadcasters are at all the big matches. While most of the on-air talent is British, they know they’re speaking to an American audience but still keep the quality level high. Fox tried to Americanize its broadcasts too much and most people hated them for it, especially the dumbing down of its World Cup coverage.

TNT would do well to invest in some quality announcers who could tailor their programming to the American audience and create some brand equity (I know, those words make me barf too), so that soccer fans in the states equate Champions League with TNT the way they equate the Premier League with NBCSN.

Overall, the product TNT put out was adequate — the choices about what product was put out less so.

Either that will change, or people will increasingly resent the Champions League on TNT. I suspect it will be the latter.