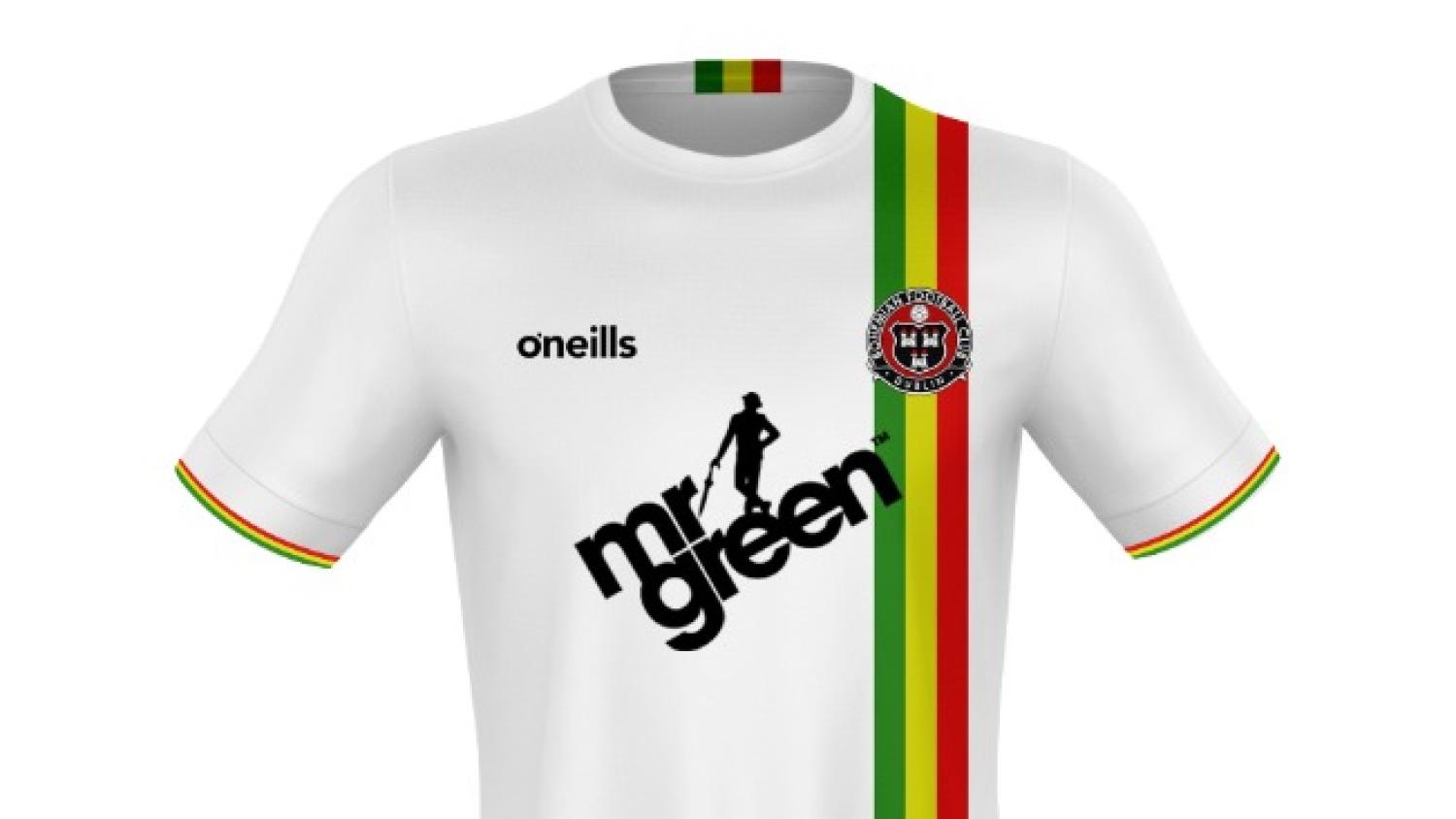 The Irish club had to scrap its original idea of using the reggae legend's likeness on its away kit.
@bfcdublin | Twitter

However, when Irish football club Bohemians FC, based in Dublin, decided to make its 2019 away jersey a tribute to the late, great singer, they apparently forgot "three little words:" You need permission.

The club caused quite a stir on social media when it announced in October plans for a jersey in honor of Marley, to celebrate the 38th anniversary of the singer's performance at its home stadium, Dalymount Park. The original design featured an image of Marley on the front.

The club maintains that they followed the "correct process" in obtaining permission to use the singer's likeness; however, the agency that holds the rights disagreed, forcing the club to pull the jersey from its online store.

Bohs have since replaced it with a new design that features a raised fist and the colors of the Jamaican flag.

"We greatly regret that we cannot offer the original jersey as designed but believe that the new design, while maintaining the colour scheme for a nod to Dalymount’s musical history, also brings with it a powerful message," the club said in a statement. "The re-designed 2019 Bohemians away jersey ... is a a symbol of solidarity and support used to express unity, strength and resistance. The League of Ireland faces the might of the EPL every day, Bohemian FC — like other 100-percent fan-owned clubs — faces the challenges of the privatisation and commercialisation of football across the globe."

Notably, Bohemians will donate 10 percent of its profits from the new jersey to a fund created to help bring those seeking asulym in Ireland to matches at Dalymount. Chances are Marley would appreciate that.