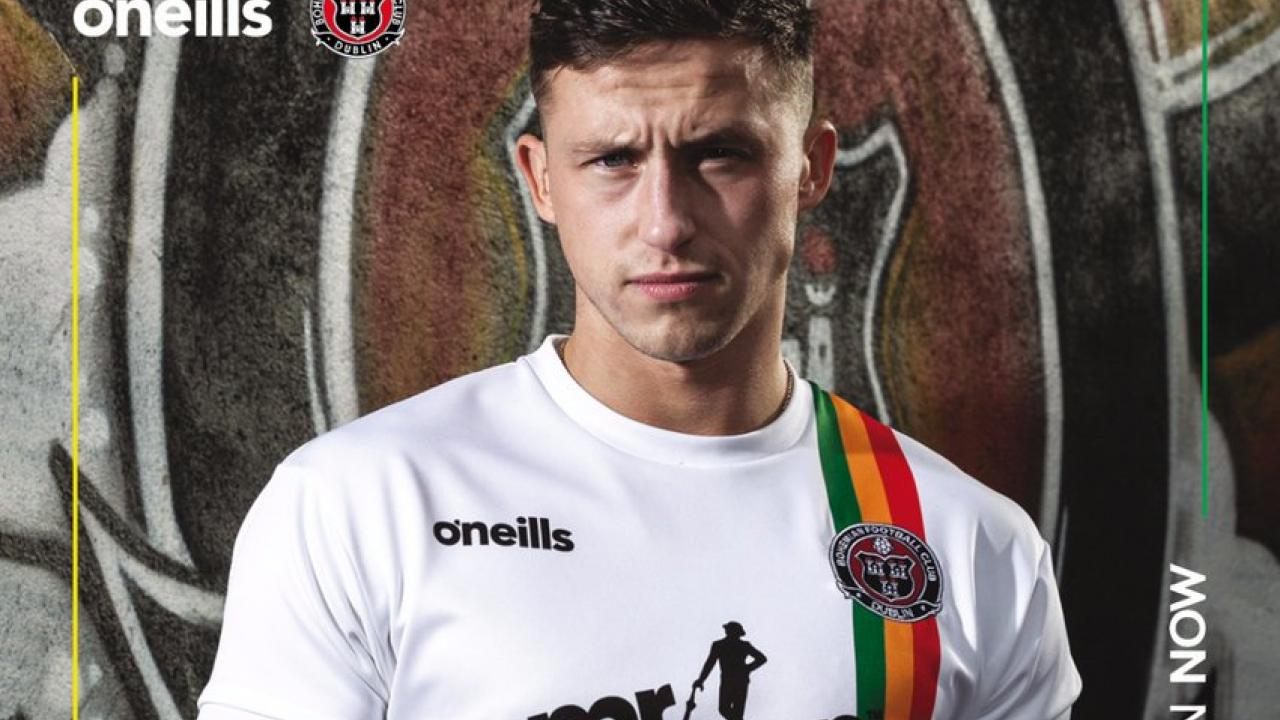 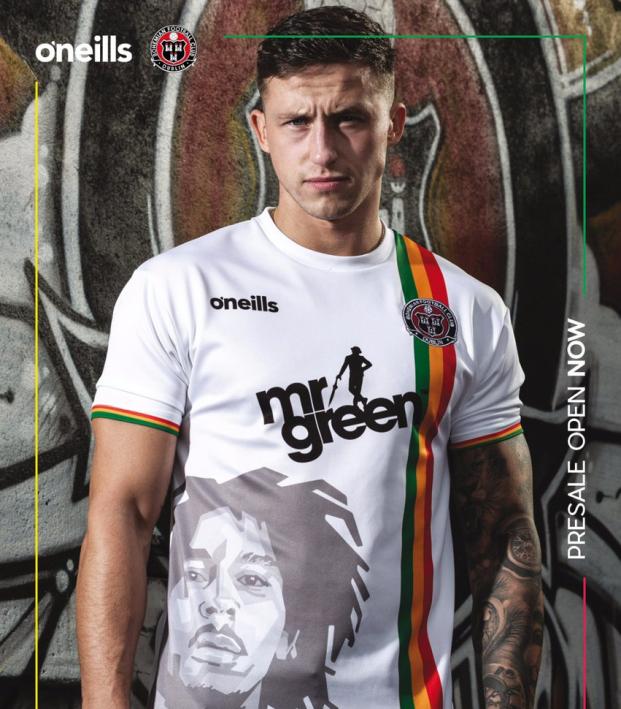 Bob Marley has a special place in hearts of many soccer fans; the Jamaican icon has his songs sung across European stadiums. But Irish club Bohemian FC is taking it one step further with this Bob Marley jersey.

Bohemians is a Dublin-based Irish Premier League club, one of the oldest still in existence in Ireland. Their stadium, Dalymount Park, once hosted Bob Marley for a concert. So the next logical step was to create this unique Bob Marley jersey for the club’s 2019 away kit. 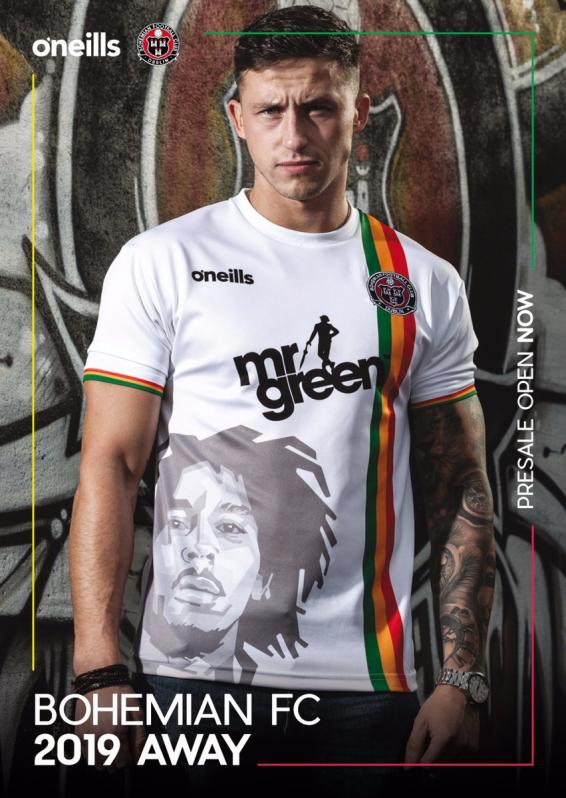 (Mr. Green is the club’s official betting and gaming partner, not some reference to marijuana.)

You’d have to be a huge curmudgeon (or maybe Jeff Sessions) to not like this kit. We’re always glad to see clubs not take themselves so seriously and create uniforms are actually interesting an exciting.

If we’re being honest, we’re a bit disappointed BFC stopped at Bob Marley. Dalymount has also seen the likes of Meatloaf, Black Sabbath, Faith No More, Sonic Youth, Ice Cube and the Red Hot Chili Peppers perform. We want to see Ozzy Osbourne and Mike Patton on the home and third kits.

Interestingly, Bohemians is careful not to mention Bob Marley both in the unveiling tweet and the announcement news release. This probably has to do with licensing, as Bohs might have to pay Marley’s estate if they say they’re actually using his image.

We are delighted to reveal our 2019 away jersey.

Designed by #Bohs in conjunction with our new kit suppliers O’Neills, it gives a nod to Dalymount's special place in the hearts of football and music fans.

The Bob Marley jersey didn’t go unnoticed by other clubs, who immediately create their own imitations.

Lads are we doing this right? pic.twitter.com/c9AeB79AQl

We're loving this idea so much we've brought it over the water #AdamandTheAnts pic.twitter.com/7nMQdXbyLT

We raise you two local Longford legends for our new kits. We bring you Declan Nerney for the home kit and Mick Flavin on the away kit.  pic.twitter.com/XP5BwMSpQU

Definitely an idea for GAA teams as well pic.twitter.com/EuoXPLOdoe

Unfortunately, not all of the imitations were good.

Support our own on the home. pic.twitter.com/Qh6aKq0w5Q

But this is all great marketing for Bohemians. Had you heard of the club before today? Didn’t think so.