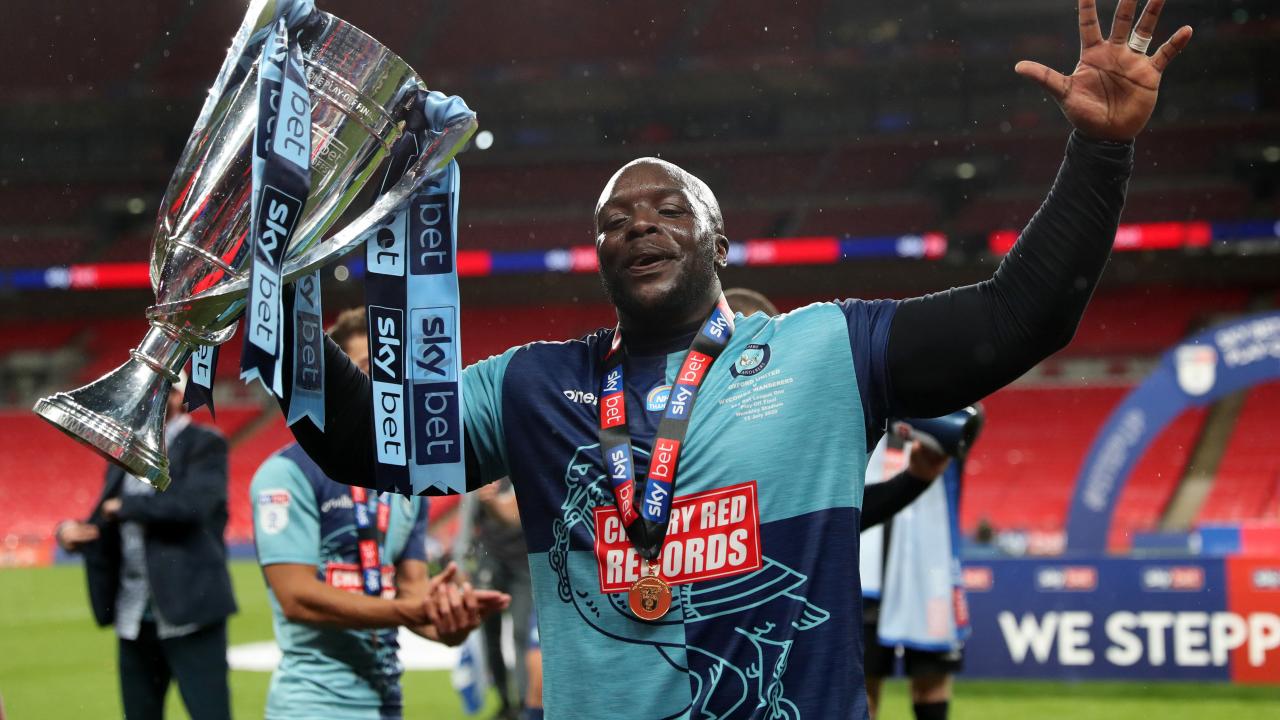 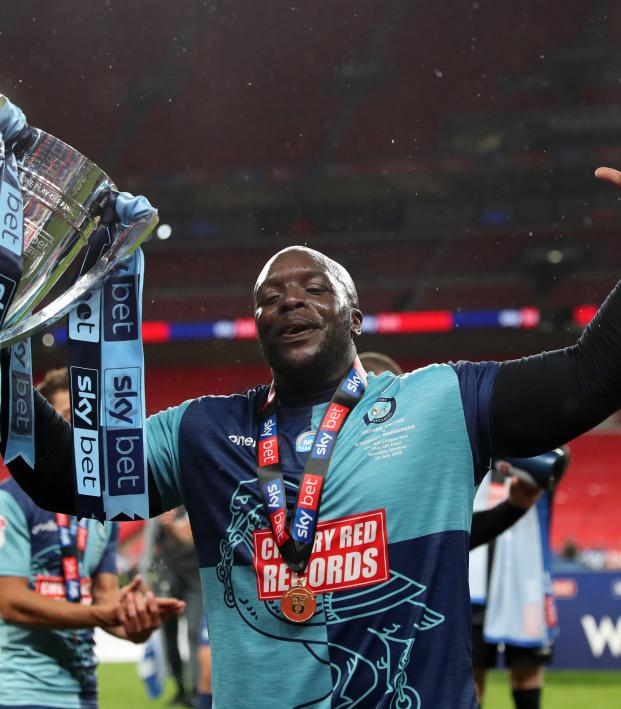 Dreams came true on Monday for 38-year-old footballer Adebayo Akinfenwa and League One side Wycombe Wanderers as the club was promoted to the Championship for the first time in its 133-year history.

For Akinfenwa, the moment signified a realization of a dream. In 2016, the 224-pound striker was "technically unemployed” when he was released from AFC Wimbledon after helping the club get promoted to League One. In an interview after that match four years ago, Akinfenwa asked any managers to contact him on WhatsApp for a job.

Fast forward to Wycombe’s incredible upset against Oxford United for promotion to the Championship, Akinfenwa — a long-time Liverpool fan — said jokingly that the only manager he wants to hear from now is Liverpool’s Jurgen Klopp.

Prepare for the greatest post-match interview ever.

- "The only person that can hit me up on WhatsApp this time is Klopp so we can celebrate together!"@daRealAkinfenwa may have just given the best post-match interview ever...pic.twitter.com/MAxCPgFZqq

Akinfenwa’s wish came true as Klopp sent a video congratulating him on his promotion to the Championship for the first time in the Wycombe striker’s career.

Are u crazyyyyyyy the man, the myth, the legend sent me a Watsapp. Today can’t get any better. Thank you Klopp #YNWA #Beast20 #BeastMode we did it #champHereWeCome pic.twitter.com/9RgiKZkYt2

The week was a complete turn-around for the English striker after he claimed he was repeatedly subjected to racial abuse from a Fleetwood Town representative during Wycombe’s playoff semifinal victory. Akinfenwa tweeted out after that match his reaction to the incident.

Now one week later he and his club are on their way to the Championship and he received messages of support from his favorite club. Several Liverpool players reached out to Akinfenwa over Twitter to congratulate him and on Tuesday the Reds announced that the big man is invited to the club’s Premier League victory parade.

What a guy! Congrats big man!

@daRealAkinfenwa has an invitation to our future @premierleague title parade after Klopp fulfilled his request for a congratulatory WhatsApp message...

Akinfenwa finished the season as Wycombe’s joint-top league goal scorer with 10 goals. He will have the opportunity next season to score his first-ever Championship goal.