Far From Their Best Days, Chivas And América Face Off In The Clásico Nacional: How To Watch It In The U.S.? 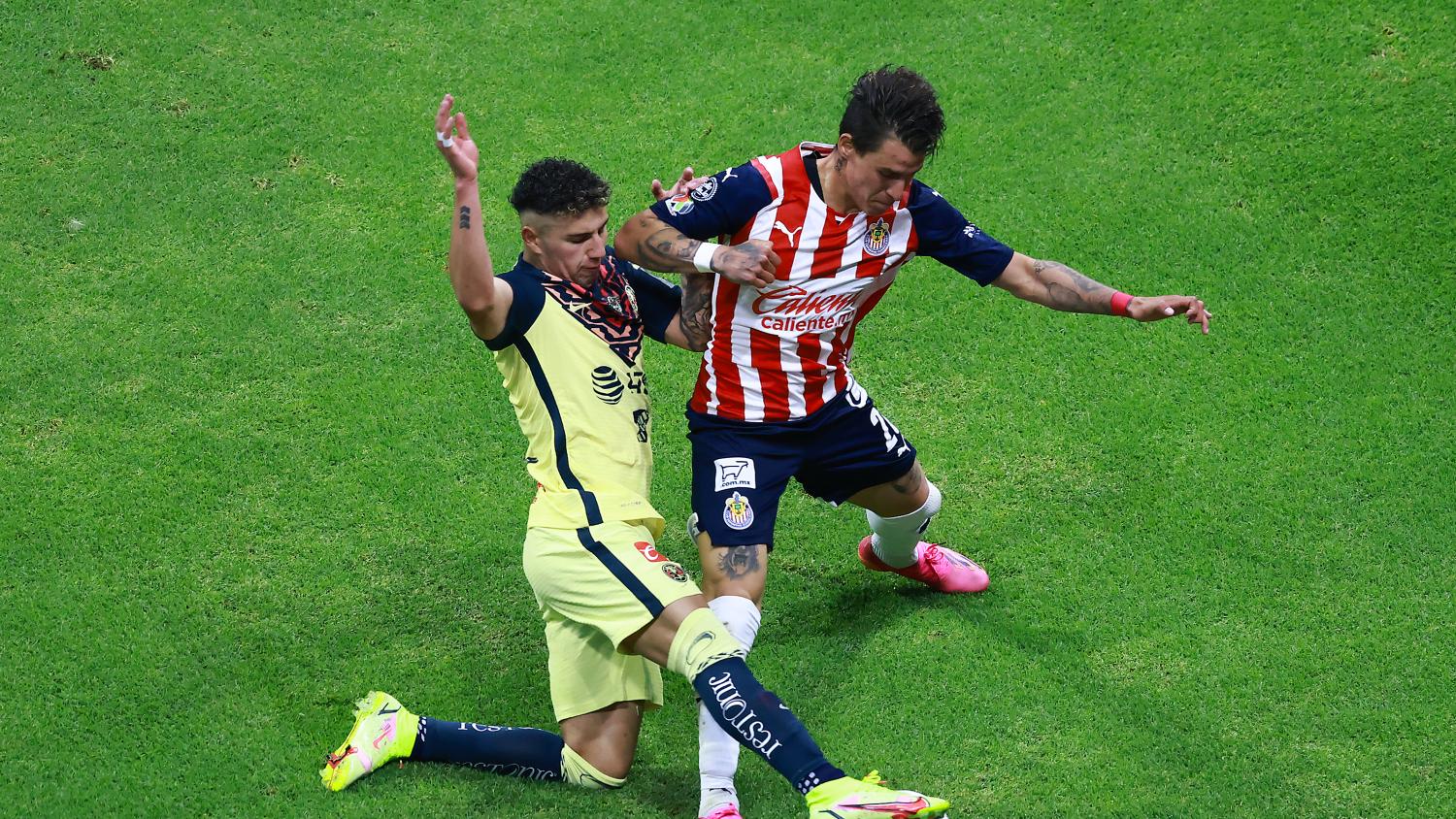 The show must go on, and Liga MX is ready to resume after the shocking brawl between Querétaro and Atlas fans on Saturday. Matchday 10 will start on Friday, curiously, with Querétaro visiting Necaxa with closed doors. There will be a few other thrilling matchups like the one between Cruz Azul and Pumas, but there is no doubt that the main course will be the Clásico Nacional between Chivas and América.

Both teams have had better days, but "un clásico siempre es un clásico." No matter that Chivas is in ninth place nor that América is dead last.

Considering the current conversation about violence in the stadiums, Chivas decided to ban groups of radical fans behind the goals and replace them with kids. In coordination with Club América, El Rebaño also asked fans to leave their jerseys at home and dress in white instead as a symbol of peace. They even rebranded the clash as El Clásico Sin Colores (the derby without colors).

The Clausura 2022 has been difficult for Chivas, with more downs than ups. Last week, the club got its first victory in five matches and the third in the whole campaign, and it seems like Michel Leaño's position as head coach is on the line every single week.

One piece of bad news ahead of the game against América is Alexis Vega's fitness status. Vega has been crucial for El Rebaño and already paid for his sins after a red card vs. Puebla, but a knee injury could rule him out.

The goalkeeper position is another one to keep an eye on. Raúl Gudiño was sitting on the bench unexpectedly in the last game against Santos Laguna, and according to rumors say he will remain as a substitute as long as he doesn't renew his contract with the team.

In Club América, life is not easy either. With Santiago Solari out of the picture, Las Águilas are still looking for a very needed win (they have just one in nine games). The interim coach Fernando Ortiz lost his first game in charge against Monterrey and now is trying hard to find the right tweaks that will allow América to abandon Liga MX's basement.

The squad is healthy except for Peruvian Pedro Aquino. Diego Valdés, who suffered some muscular issues during the week, is already recovered.

How To Watch Chivas vs América In The US

The new edition of El Clásico Nacional is scheduled for Saturday, March 12, at 10 p.m. ET. Since Chivas is the host, in the United States the game will be broadcasted on Telemundo, their official partner.

Who will win? Mmmmh. It is hard to pick a favorite between two teams in shambles, so I'll go for a 1-1 draw.

Wait, is there a Clásico Nacional América vs Chivas Femenil, too?

Both teams are doing way better than their men's counterparts. América is third with five wins in the five last matches, while Chivas is fourth with a record of three victories and two draws in the last five games.

Will it be on TV? Yes! Those who are interested in the game will be able to watch it through TUDN.