Dog Delays Game After Entering The Pitch For A Pleasant Nap 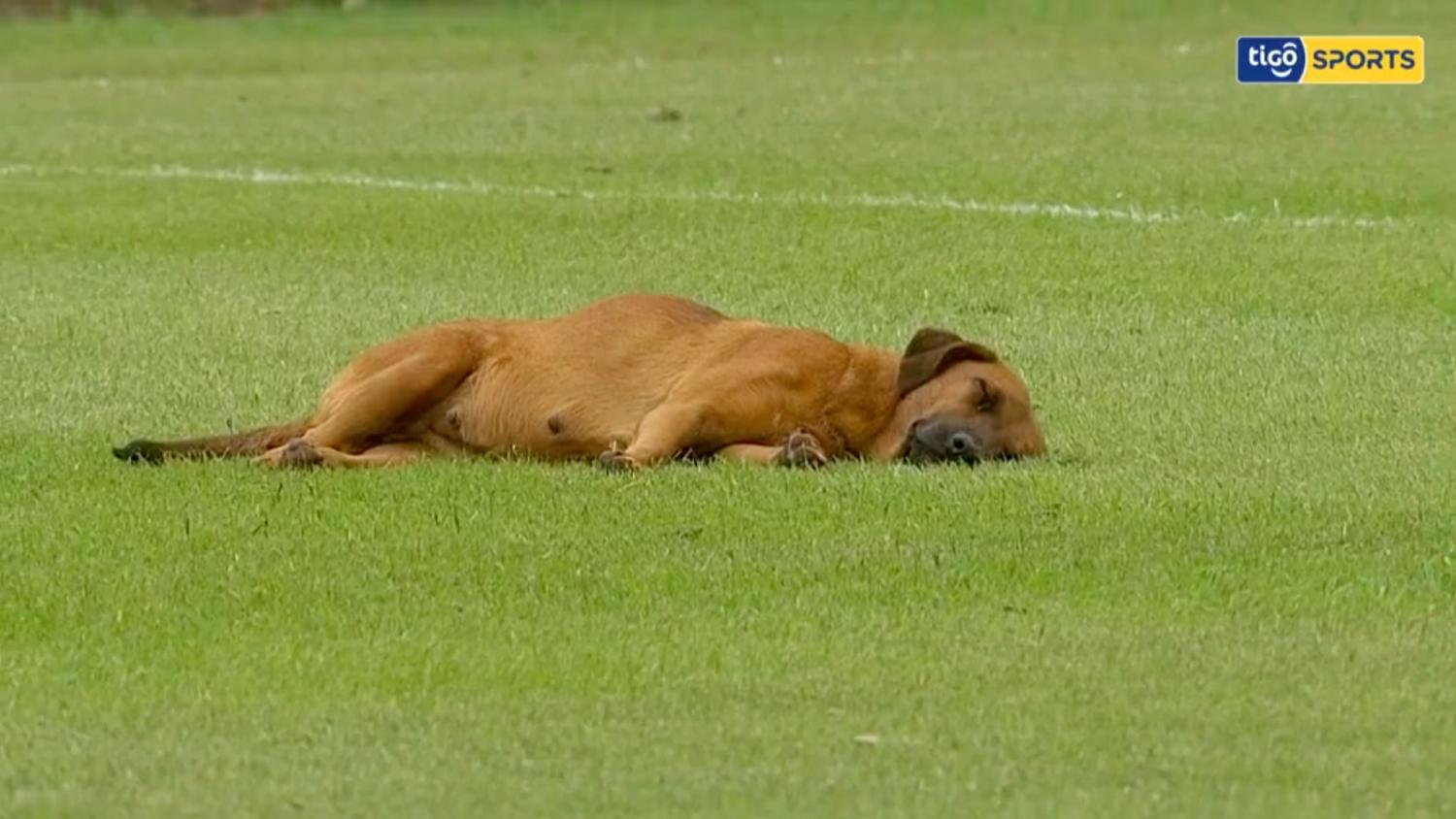 Chasing the ball and high press are overrated.
Tigo Sports

We all have seen a good share of dogs interrupting soccer games around the world. The list includes breed dogs, stray dogs and even police dogs. Most of the time, the puppies come to the pitch to chase the ball or hang out with global icons. From time to time you also sure have seen more amazing stuff like a sublime goal line save.

However, after years and years of watching soccer, I bet you have never seen this before: a dog delaying the restart of a game because it wanted a nap.

Dog takes a nap during a soccer game in Paraguay

The hilarious and cute scene happened during a game between Sol de América and Guaraní for the Paraguayan Primera Division tournament.

Striker Cristian Duma was ready to start the second half when the ref had to halt the game, alerted by the presence of the dog peacefully napping inside the pitch. I mean, the canine was clearly in "no worries, be happy" mode.

Eventually, crew from the Luis Alfonso Giagni Stadium removed the dog from the grass and the game continued its course.

Sol de América – the home team – won 1-0 thanks to a Cristian Duma penalty and maybe a tactical wrinkle involving the dog that we are still trying to figure out.