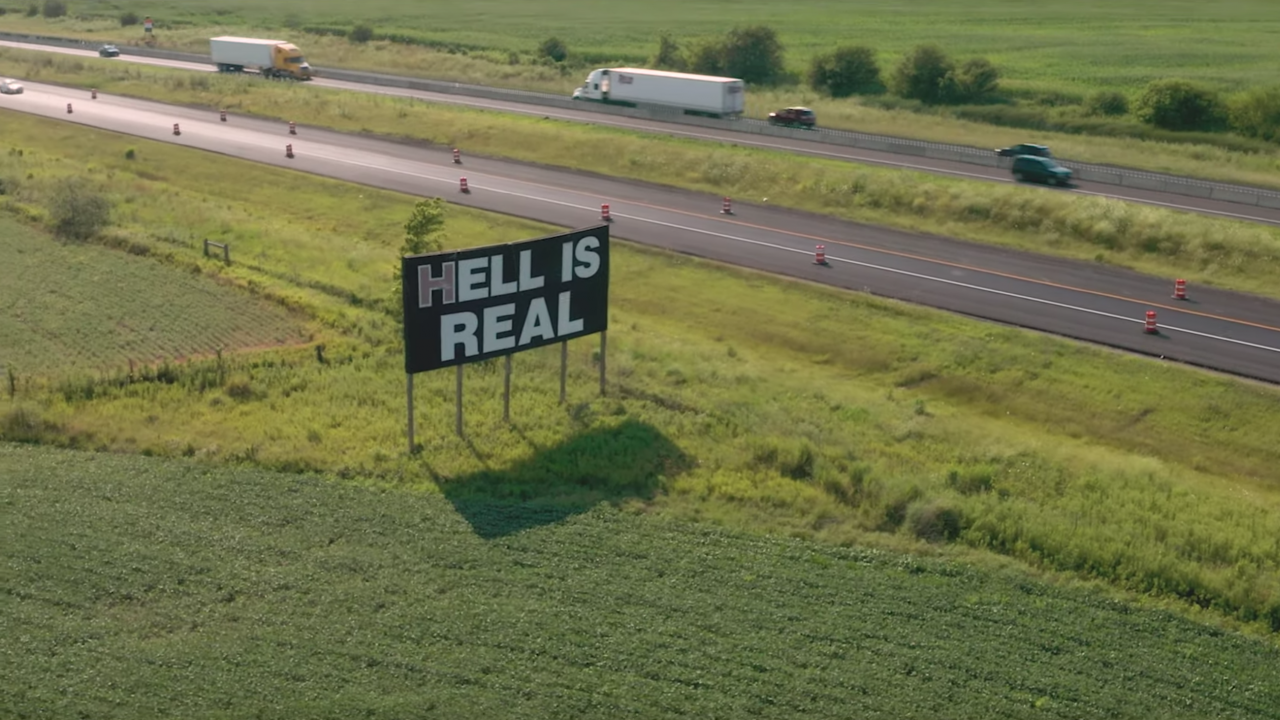 It’s Rivalry Week in MLS once again, which means there are some pretty tasty matchups brewing this weekend, perhaps the last weekend that won’t be dominated by American football until next season.

It starts Friday night with defending MLS champ Atlanta traveling to Orlando, where the Lions will hope to finally beat their northern neighbors. After that, it’s one of the actually great rivalries in MLS as Portland takes on Seattle late Friday night. Saturday brings a full slate of rivalry games from the Hudson to the Rockies, and also some random shit like San Jose vs. the Whitecaps. Finally, on Sunday, in addition to rivalries somewhat new and somewhat less new, we’ve got the newest rivalry in MLS: the Columbus Crew vs. FC Cincinnati.

That last match brings us to the point of this whole post: that hell, apparently, is real, and it’s located in Ohio.

The Hell Is Real Derby is in its first real season of existence in MLS, the name derived from a sign along I-71, the route connecting Cincinnati and Columbus. Having never bothered to travel to Ohio because why would I, I can’t say for sure the meaning of the “hell is real” sign, but I assume it was placed by overzealous religious folks who thought such a sign would actually encourage people to repent instead of instead encouraging people to mock the sign.

The above video put out by MLS this week will make you believe it’s the greatest thing of all time. But it might not.

The MLS Hell Is Real Derby video does a great job highlighting the budding rivalry between the Crew and FCC. It’s put together well and will actually get you pumped up to watch the match on Sunday.

But let’s be real here: These are the two worst teams in MLS right now and this just might be the worst match of the entire MLS season in terms of quality of teams.

Cincinnati and Columbus certainly have a real intrastate rivalry rooted in sports. But MLS is doing its best to promote the Hell Is Real Derby beyond what it probably deserves at this point in its history.

So far, the two clubs have faced off just twice, including once earlier this year, a 2-2 draw at Mapfre Stadium in Columbus. The first meeting came in a U.S. Open Cup match, which FC Cincinnati won 1-0 two years before it joined MLS.

Two games does not a rivalry make.

But hey, it’s a nationally televised match (6 p.m. ET on FS1), so let’s promote the shit out of it! To be fair, I would much rather watch Ohio’s two MLS clubs before viewing any of the state’s other pro or college sports teams, because let’s be honest here people, dotting the ‘I’ is not a real tradition.

As for some more established rivalries, MLS did create videos for a couple of those as well. Watch those and you’ll be even more excited about this weekend’s slate.

And after this weekend, we’ll completely understand if you decide to ignore MLS until the playoffs and focus on college football until January. Just make sure to keep reading The18.com to stay up to date on what you’re missing.