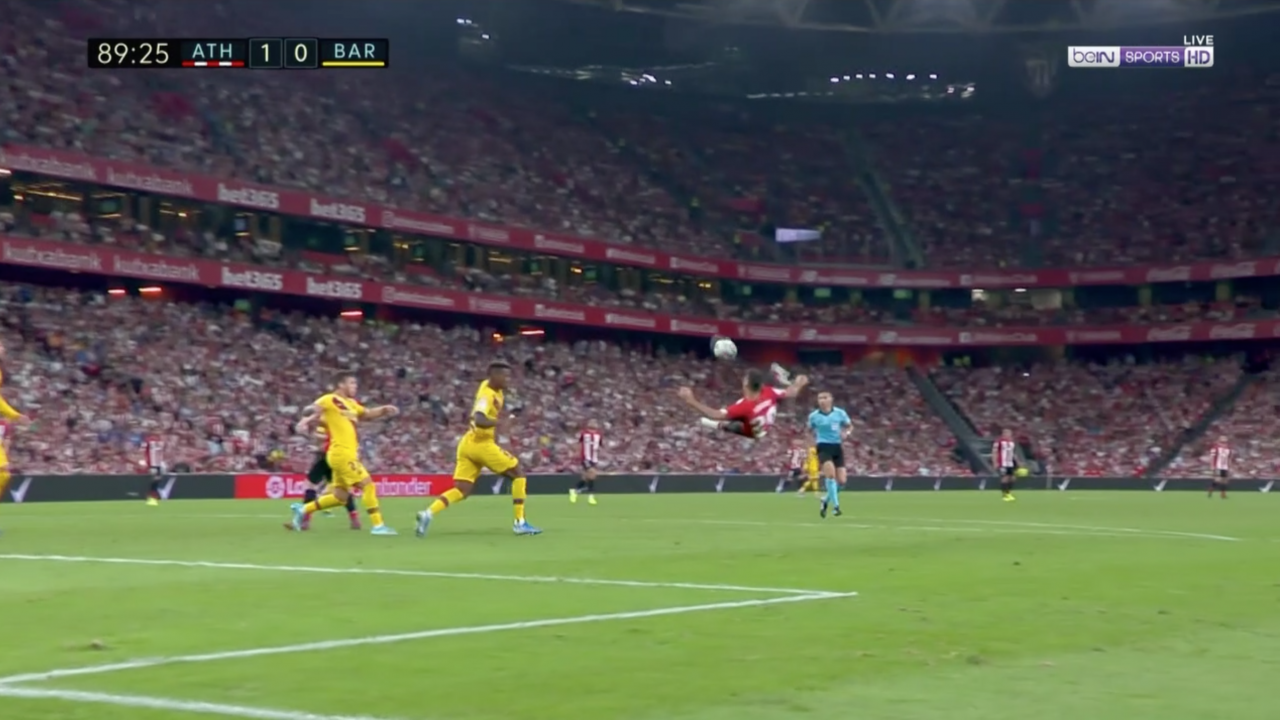 I could describe for you the 89th-minute Aritz Aduriz goal vs Barcelona, or I could let the stellar Ray Hudson’s words speak for themselves as he gushed over the “magisterial” strike.

“A goal that will give you physical arousal.”
“As cool as James Bond in a white tuxedo.”
“A goal that would make Ebenezer Scrooge smile.”
“Perfection from Aduriz.”

Aduriz, 38, has scored 171 goals for Athletic Bilbao, but none have been as spectacular as the one he scored late in a 1-0 win on Friday.

Coming on in the 88th minute, Aduriz’s first touch (and just about only touch) came in the 89th minute with a marvelous overhead kick that zipped straight into the bottom-right corner, sparking delirious celebrations at the San Mamés.

38 years old and showing no sign of slowing down

With Lionel Messi out hurt, Philippe Coutinho a late scratch with an impending move to Bayern Munich and Luis Suarez taken out in the first half with an apparent calf injury, Barcelona struggled to break down Athletic Bilbao. Neither newcomer Antoine Griezmann nor Ousmane Dembélé could find a way through for the Blaugrana despite owning 72 percent possession.

The result was a 1-0 loss, the first time Barcelona has lost on opening day since Pep Guardiola’s debut over a decade ago.

Combined with Bayern Munich’s 2-2 draw with Hertha Berlin on Friday, it wasn’t a great opening day for two of Europe’s reigning league champions, though it is a long season.

But for Aritz Aduriz and the fans at the San Mamés, it was a day — and goal — to remember.