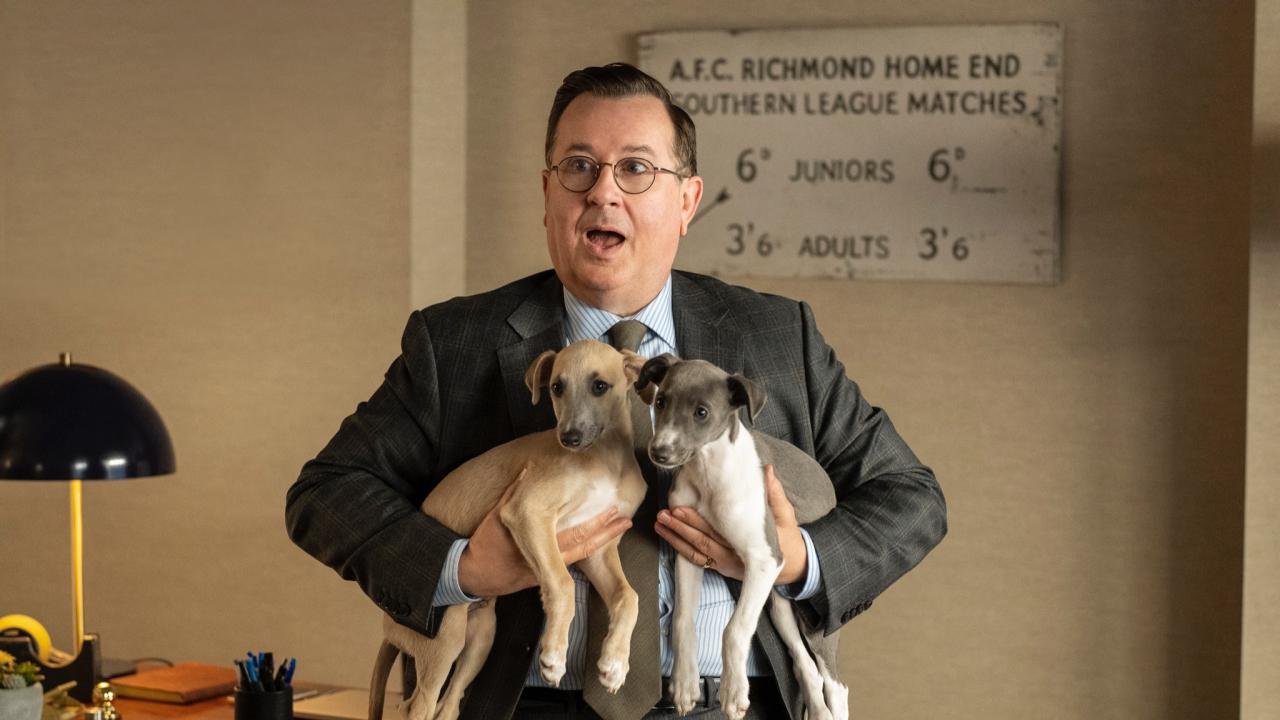 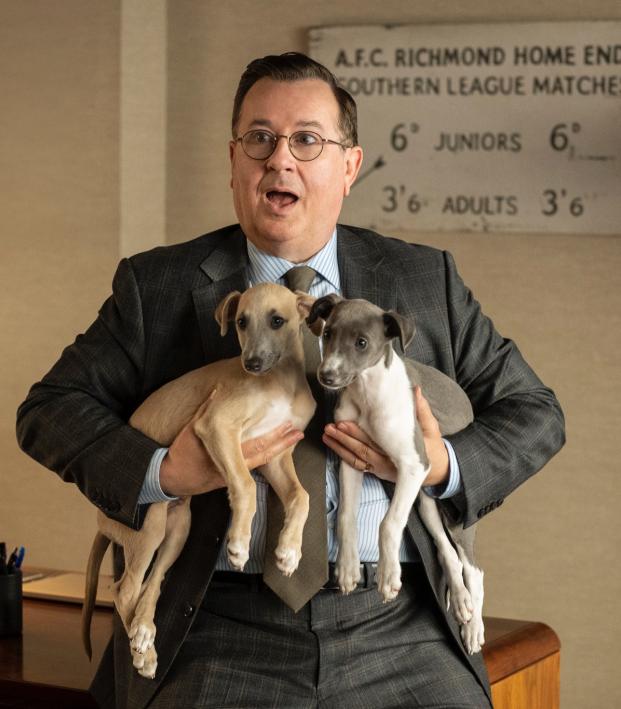 Now that Season 2 of “Ted Lasso” has come to a close, fans of the series may be dismayed to learn Apple TV+ only plans to produce one more season of the beloved series. This time next year we could be mourning the end of Ted Lasso’s story at AFC Richmond. Given the success of the series — and the dearth of other programming on Apple TV+ — I wouldn’t be surprised if the series produces a Ted Lasso spinoff or two.

I don’t think I’m alone in saying I would love to be treated to an eight-season “Ted Lasso” saga a la HBO’s “Game Of Thrones” — or more aptly, the eight seasons Bill Lawrence’s other feel-good comedy, “Scrubs,” and yes we’re ignoring that weird final season. But, since the beginning, the creators of “Ted Lasso” have said this is a three-season story arc with a finite end.

Just as sequels are the only type of movie ever made in Hollywood, spinoffs are beloved by TV producers. Spinoffs have been popular for decades, with “Frasier” perhaps the most notable and most successful, Dr. Frasier Crane successfully spinning off from the cherished sitcom “Cheers.” Others have been less successful, such as “Joey” in a failed attempt to keep “Friends” going. Then there’s the plethora of CSIs and Law & Orders and just about a bajillion singing competition shows that prove there’s nothing better to a TV executive than a slight variation on an existing idea.

So with the popularity of “Ted Lasso” and a nearing conclusion, there are going to be plenty of Ted Lasso spinoff ideas. In fact, Lawrence, the showrunner, alluded to such a possibility when discussing the three-season nature of “Ted Lasso.”

“When we started, we plotted out everybody’s beginning, middle and end of a three-season arc,” Lawrence said. “This story is going to be over next year, regardless, even if the show finds another story to tell and goes on.”

What might “another story to tell” entail? Here are 10 ideas for a Ted Lasso spinoff I’d love to watch.

Warning: The following contains spoilers through Season 2 of “Ted Lasso.”

I’m thinking more “Wonder Years” than “Young Sheldon,” but “Young Lasso” could be a coming-of-age story as Ted navigates life growing up in Kansas. I’d love to see Noah Schnapp (Will from “Stranger Things”) play the young Ted, including the moment he saw tan lines for the first time when his art teacher Ms. Scanlon leaned over his desk. “She was a striking woman. Not classically beautiful, but striking.”

The series could be full of puberty jokes like “Big Mouth” but also emotional moments, such as when Ted’s father dies. Maybe we’d even get a sneak peek at how Ted got into coaching American football or some of the Sundays spent playing darts with his dad.

After picking up a career-ending injury at the tender age of 25, Jamie Tartt returns to his true passion: awful TV.

In “Tartt’s Hearts,” Jamie becomes the host of a shitty reality TV show about ridiculously hot humans hooking up and pretending to fall in love on TV, all while Jamie himself searches for love. Think “Frasier” but with bad TV instead of bad radio and only slightly more success in the dating scene.

I’ve always been fascinated by the AFC Richmond superfans Baz, Jeremy and Paul. Though they have a bit of a moment in the spotlight in the “Beard After Hours” episode in Season 2, there’s so much more to explore.

We don’t know a ton about these three friends other than their love for the Greyhounds. I’d like to imagine they’re all hardened criminals despite their goofy exteriors. In “Crown & Anchor,” they use the eponymous pub as a home base for their criminal activities. Guy Ritchie would write and direct the gritty, fun and funny series about Baz, Jeremy and Paul’s exploits as lovable lawbreakers, with Mae the badass lynchpin of the operations. Vinnie Jones stars as the bad guy of the series.

No one has a more interesting home life in all of “Ted Lasso” than our dear director of football operations, Leslie Higgins. I want to see a full-on 90s-style sitcom complete with a live studio audience for this cringe-inducing comedy about life in the Higgins household.

Think “Malcolm In The Middle” meets pre-racist shitbag “Roseanne” as the series follows Leslie, his wife and their five sons after Higgins decides to retire from football after Season 3 of “Ted Lasso.”

Though the one episode in which Coach Beard features prominently is often panned as the worst of Season 2 (personally, I liked it), it was also the closest to a spinoff episode in the series thus far. I’d love to see Brendan Hunt reprise his role as Beard in a serious drama where he can’t get out of the way of his own happiness.

Set decades after “Ted Lasso” following Ted’s retirement, Beard is forced to confront who he is if not an assistant coach. The introspective series would be part “Queen’s Gambit” and part “The Flight Attendant,” albeit with a lead who dresses slightly more flamboyantly than Beth Harmon.

Building off the success of shows like “Succession,” where we mock lavishly wealthy people for also having problems, I want a Ted Lasso spinoff focused on Rupert Mannion, the biggest villain of the series to date.

In “Mannion’s Millions,” we’re introduced to the rest of the Mannion family, and in an odd twist, Rupert is the good guy, the lone Mannion who isn’t solely focused on money. Rupert just wants enough money to be involved in soccer after his emotionally abusive father always told him he wasn’t good enough to play the sport and would never make anything of himself. Rupert’s two brothers and one sister are all billionaires, making Rupert’s mere $800 million net worth laughable. He’s basically Connor Roy from “Succession” except with a soccer obsession instead of a weird obsession with becoming president.

7. Bumbercatch And McCracken Are Dead

If you liked “Rosencrantz And Guildenstern Are Dead,” you’ll love “Bumbercatch And McCracken Are Dead.”

Taking an absurdist approach to the series, this Ted Lasso spinoff follows Moe Bumbercatch and Kyle McCracken throughout the three seasons Ted is coach of AFC Richmond. Always ancillary characters and rarely given anything to say, this series will explore whether or not they were even members of the team if they never did anything meaningful.

Plus, there’s a lot to explore here. According to Arlo White’s cheat sheet, McCracken comes from a long line of druids and Bumbercatch is “easily distracted by shiny things.”

Early in “Ted Lasso,” Colin is seen bullying Nate. In his spinoff, we’ll discover why Colin felt the need to bully: Because he himself was bullied growing up for being different.

Though it has not been confirmed, it seems like Colin will become the only prominent LGBTQ+ character on the show in Season 3, so it’s fitting he also gets his own series as he navigates life as a gay footballer.

The first time we meet Ted Lasso in the entire series, he’s being bugged by our dear Tommy, who deserves a spinoff for his youthful enthusiasm akin to a YouTuber desperate for viewers.

Tommy is a celebrity chaser who always wants to take “ussies” with everyone he meets (read: selfies). In “M.L.Ussie,” Tommy moves to Los Angeles chasing his dream of getting photos with all the biggest stars in Hollywood. His shenanigans lead to him to LA Galaxy’s practice field, where he’s mistaken for a player trying out for the team because of his British accent. Long story short, he is given a place on the team and the show follows his attempts to stay on the roster without ever giving up the ruse that he’s actually a garbage player.

As the best character on the show, we’ve got to include a Roy Kent spinoff. We have so many ideas we’d love to see explored for a Roy spinoff, from his antics coaching Phoebe’s soccer team to his rise through the coaching ranks after “Ted Lasso” ends.

But what I really want to see is “Roy Reviews,” a series that isn’t so much a scripted TV show as a legitimate book review show. Each week, Roy Kent reviews the latest book he’s read in a dark room with one light shining on his CGI beard, with plenty of “fucks” and “shits” along the way.

We know Roy is an avid reader (he read “A Wrinkle In Time” to Phoebe and became obsessed with “The DaVinci Code”), so let’s make him the next LeVar Burton, but for adults, because we all know adults need to read more.

We could’ve made this list include every character in the series, but we know the attention span of readers wanes around No. 8 in a list. I’d love spinoffs including other great characters like Rebecca, Keeley, Sam, Dani, Flo, Sharon and Will. Even Nate, suspected to be the villain in Season 3, could have a spinoff where he’s cast off from the Premier League and forced to coach in MLS.

Hopefully we get some sort of Ted Lasso spinoff to continue the stories of some of the characters we’ve grown to love (and/or hate).