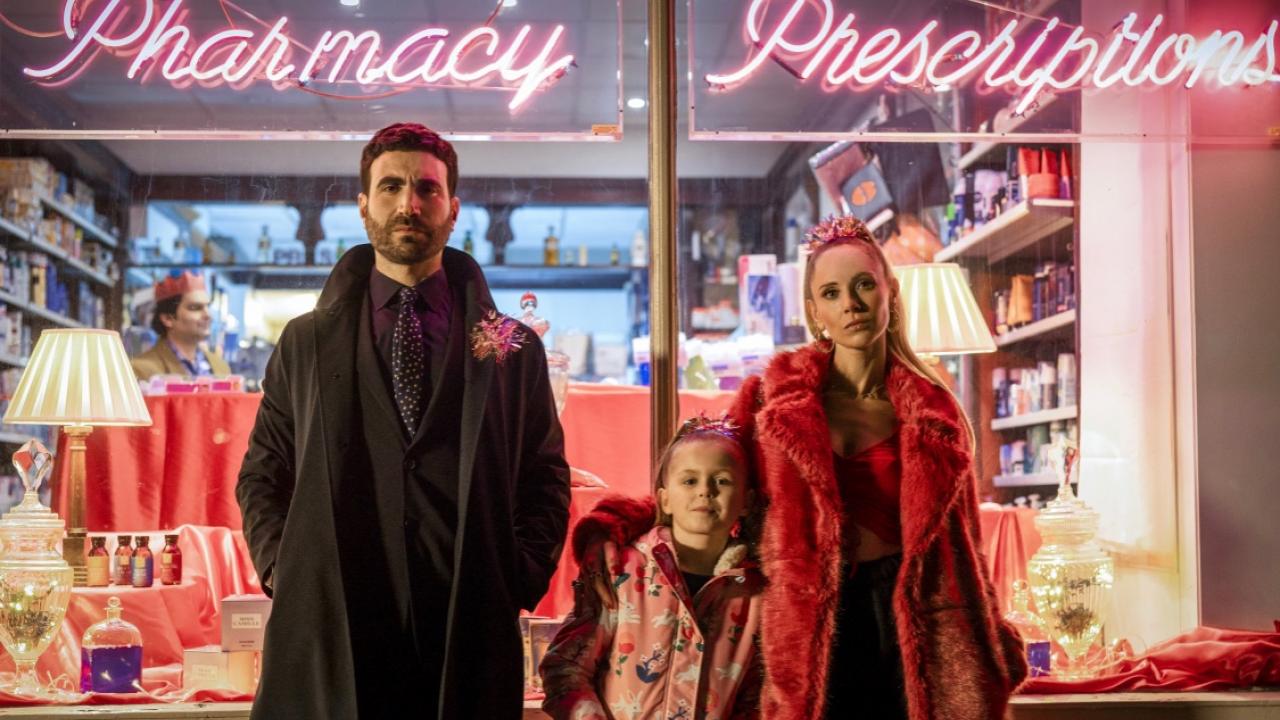 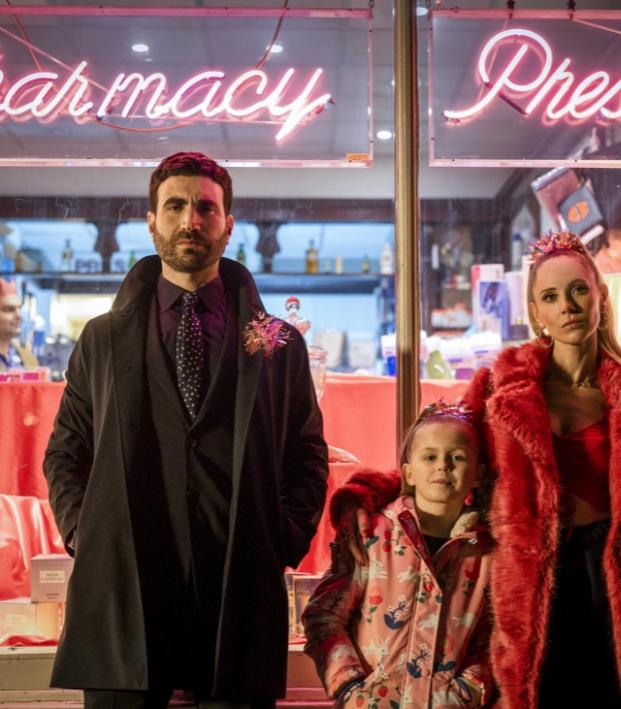 In Season 1 of “Ted Lasso,” there was no doubt Jason Sudeikis’ eponymous character was the star of the show. As Season 2 progressed, a new star emerged: Roy fucking Kent.

At the start of the series, Kent comes off as a cantankerous, a grumpy player near the end of his career who would rather unleash a barrage of obscenities than listen to a cowboy from Kansas. As the series progresses, especially into the second season, Kent is revealed to be prime boyfriend material, and not just because you can steal his Rolex and he won’t mind because he’s still got a phone to tell time.

Though we’re sad Season 2 has come to an end, now is as good of a time as any to celebrate Roy Kent and his transformation from profanity-laced footballer to profanity-laced boyfriend/uncle/coach.

To honor Roy Kent and his general awesomeness, here are six times he was just a really great dude. (Six because that was his jersey number with AFC Richmond.)

In case you haven’t noticed, Roy loves to say the word “fuck” in all its iterations. So before we start, here’s a wonderful video of every time he says “fuck” in the series, just to warm you up to the, shall we say, fruity language, as Arlo White might describe it.

For most of Season 1, Roy Kent is mostly just a curmudgeonly old player resistant to Ted Lasso’s team building. Aside from standing up for Nate, the first time we really see he has a soft side is when he and Keeley go on their first date. Keeley is pressing Roy for what he was doing when she had asked him out before, but Roy doesn’t want to say.

Finally, Roy relents, telling Keeley he was doing yoga with older women who don’t know who he is.

“I do yoga with a group of women in their 60s, they’ve no idea who I am, it’s twice a week and it’s really good for my core,” Roy says. “Normally it only takes an hour, but Maureen’s been going through a divorce and she needed to talk about it and blow off some steam. We all ended up a G-A-Y at 2 a.m. and then we all had crêpes in Balham with some drag queens.”

Later in the series we actually get to see him and his yoga friends, watching Jamie Tartt on “Lust Conquers All.”

2. Being The Best Fucking Uncle To Phoebe

Let’s be real here, Roy Kent the footballer would probably be an awful dad. But as an uncle, he’s amazing. I aspire to be an uncle like Roy, even if my brother and sister might not appreciate the swearing.

Though we never really meet Phoebe’s family, the young schoolgirl is absolutely enamored by her uncle, and not because he’s a famous footballer. Throughout the first and second seasons we see Roy always there for Phoebe. Whether it’s spending hours after training with Phoebe’s classmates (and Ted), reading her “A Wrinkle In Time,” coaching Phoebe’s youth team or taking her to confront a bully on Christmas, Roy loves his niece more than anything (except maybe saying “fuck”).

Is it great that Phoebe picked up Roy’s colorful language? Probably not. But he’s still a lovely influence on his niece.

3. Telling Off His Fucking Co-Commentators

After Roy retired, he started a career as a commentator on Sky Sports. Initially he seemed like a natural, even if his language was a bit too salty for airwaves.

Eventually, he realized he would rather be a part of a team making a difference in players’ lives. But he didn’t quit his gig as a commentator until this hilarious outburst mocking the idea of soccer commentary in general.

Roy followed that with his rom-com run to the park to become an assistant coach as he was always meant to be.

Roy’s tell-it-like-it-is attitude can rub some people the wrong way, but occasionally it’s just what someone needs to hear. Such was the case in the first episode of Season 2.

Rebecca, finally starting to move on after her divorce with Rupert, is dating a John, who is an average Joe (well, rich Joe). After a double date with Roy and Keeley, Roy rips into Rebecca for settling for John.

“He’s fine, that’s it,” Roy tells Rebecca.  “There’s nothing wrong with that, most people are fine.

“But it’s not about him. It’s about why the fuck you think he deserves you. You deserve someone who makes you feel like you’ve been struck by fucking lightning. Don’t you dare settle for fine.”

Everybody needs a friend like Roy to tell them whether or not the person they’re dating is good enough for them.

5. Embracing Jamie After He Punched His Fucking Dad

There have been few more dramatic moments in the entire “Ted Lasso” series than the ending of Episode 208.

After a disheartening defeat to Manchester City in the FA Cup semifinals at Wembley, Jamie Tartt is confronted by his jackass of a father in the locker room. James Tartt (the dad) taunts him in front of the entire team while wearing Man City gear. Eventually, Jamie can’t take it anymore and fights back, slugging his father to the floor.

As the rest of the locker room watches in silence after Coach Beard kicked James out, Roy is the only one who acts, walking over to Jamie and giving him exactly what he needed: a giant hug.

In my opinion, this was the best moment of Season 2. A few episodes earlier, Roy was on national TV saying he hopes Jamie “dies of the incurable condition of being a little bitch.” He then becomes a father figure (or older brother, at least) to Jamie. The season ends with Roy again hugging Jamie after the club wins promotion, a great bromance spawned from an ugly rivalry.

6. Being A Fucking Great Partner To Keeley

Of course we had to fucking include Roy’s relationship with Keeley. Despite having spent most of his career rifling through relationships and one-night stands, Roy, it turns out, is a perfect fucking boyfriend by the end of his playing career. Well, almost perfect.

There are a lot of moments we could pick out as the best examples of Roy being great boyfriend material. There’s his ability to show vulnerability and recognize his shortcomings, his apparent ability and willingness to give oral sex or his knack of saying just the right thing to Keeley, whether it’s reassuring her of her badassery or telling her how fucking gorgeous she is.

Roy cemented his status as the man every woman wants to find during Episode 207. Keeley’s been going behind Roy’s back complaining about him, saying he’s too overbearing. Instead of being upset about Keeley talking about their relationship to others, he goes the opposite route. Just when Keeley thinks Roy is about to break up with her, he gives her a night all to herself, including a special-made “Roy is sorry for not understanding Keeley” playlist, which you can actually listen to here.

Will Roy and Keeley stay together through Season 3? It’s hard to say. Both seem hellbent on sabotaging their relationship, and Keeley didn’t seem to realize how much it hurt Roy that she wouldn’t go with him on vacation at the end of Season 2. But Roy left the airplane tickets behind, so you’d like to hope they can work it out and not drift apart.

There is so much more to love about Roy Kent, but we’ve got to draw the line somewhere, and we’ll let him settle for his Emmy award in lieu of further examples. Honorable mention moments include: saying whistle instead of blowing one, forgiving Jamie, being a fashion icon (it’s dark heather charcoal, Nate), his weird obsession with the “The Da Vinci Code” nearly 20 years after its release, that CGI conspiracy theory and helping Isaac rediscover his love for the game.

Here’s to even more examples of why Roy Kent is the fucking best in Season 3, which can’t come soon enough.