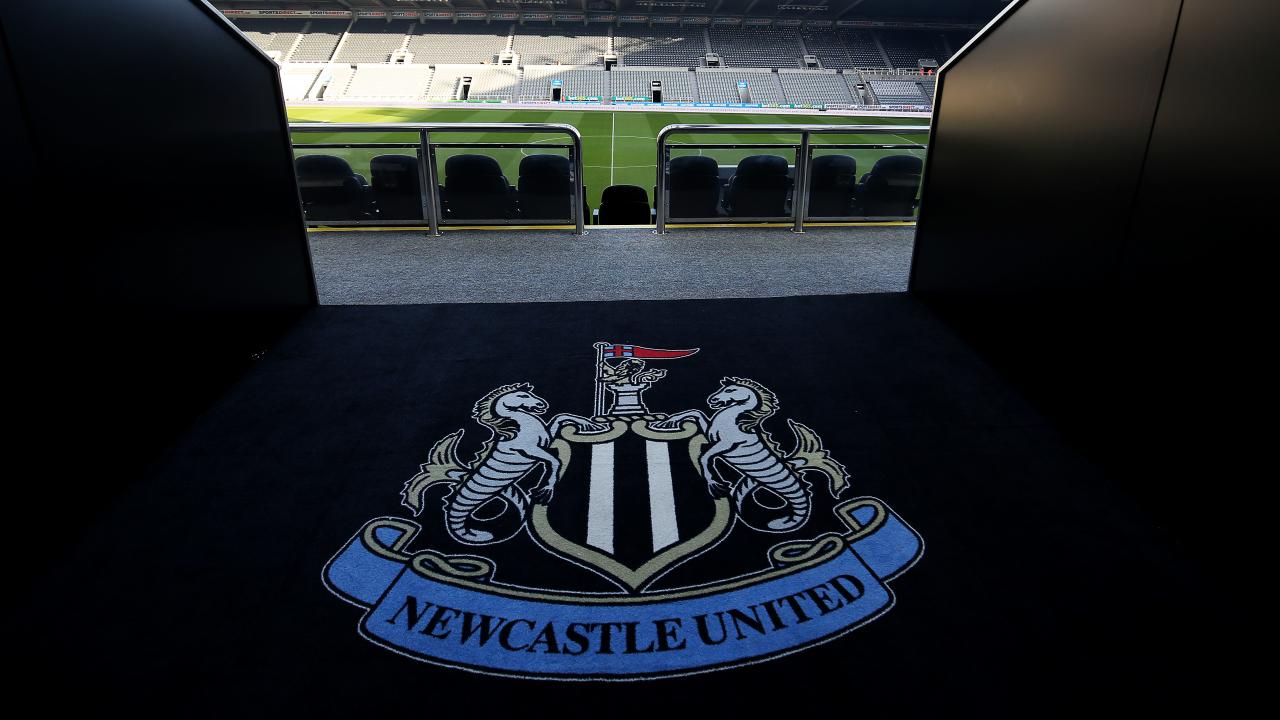 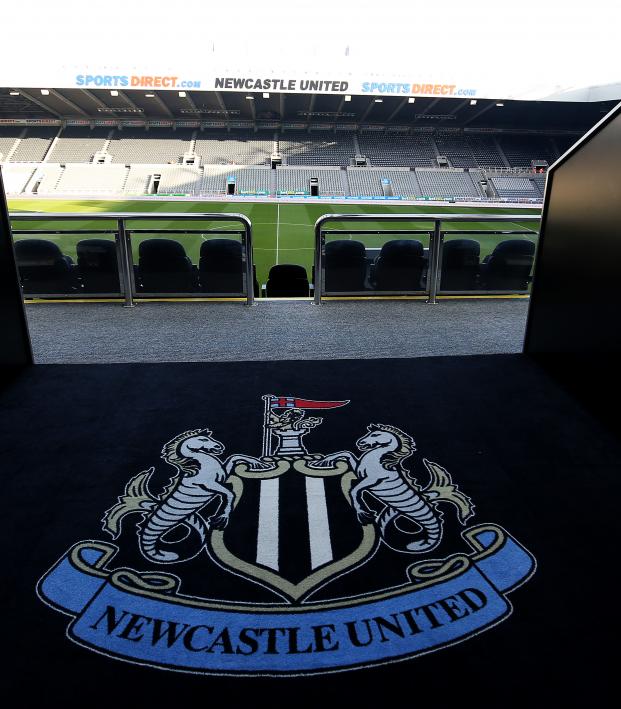 After months of back-page rumors and legal challenges, Newcastle United's Saudi takeover was officially announced last week, much to the elation of Newcastle supporters.

Fans took to the streets outside of St. James' Park in celebration of the cash flow that they hope will be injected into the club, as they dreamed of Kylian Mbappé, Philippe Coutinho, and other high-price attackers suiting up in the Magpies' black and white stripes.

With so many transfer rumors flowing in the northeast of England, who can Newcastle United fans reasonably (or unreasonably) expect to sign in the upcoming transfer windows?

Here is The18's prediction of what Newcastle United's starting XI will look like once the first round of oil money purchases is complete: 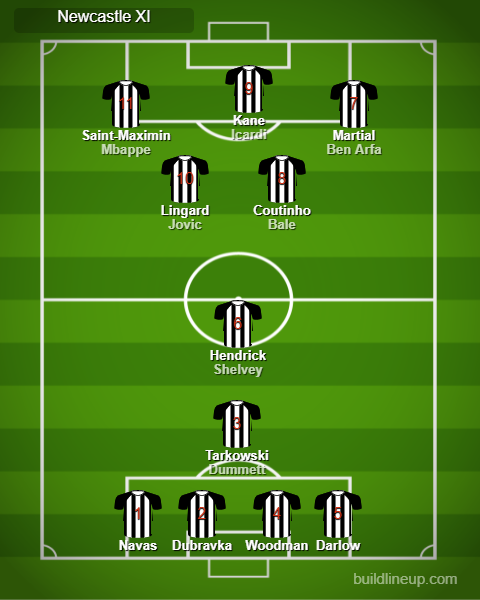 A recent report from Spanish publication Marca identified PSG goalkeeper Keylor Navas as the foundation for Newcastle's new squad, which makes sense given that Newcastle clearly doesn't have three quality goalkeepers currently on its roster. The Costa Rican may be 34 years old, but he'll fit in perfectly in Newcastle's drastic new formation.

Injuries have cost the Slovakian shot-stopper significant portions of his recent seasons, but when healthy, Dúbravka is a top-10 keeper in the Premier League. Imagine how good he could be with three other keepers around him.

The youngest keeper of the bunch, Woodman is coming off an EFL Championship campaign with Swansea in which he led the league with 20 shutouts. Adjusting to EPL life has been tough so far (12 goals allowed in four matches this season), but the 24-year-old has a bright future ahead of him.

Darlow is probably the least talented keeper of the quartet, but the former Nottingham Forest man has also made the most starts since the beginning of the 20/21 season.

Newcastle is linked with a plethora of pricey attackers, but Burnley center back James Tarkowski is the most realistic signing of the bunch. The Englishman is out of contract this summer, which means one of the Premier League's best defenders will be available at a cut-rate price come January.

Good 'ol unreliable. Hendrick is a box-to-box midfielder that somehow plays neither offense nor defense. He has been dubbed by some as the worst player in the Premier League and his sustained mediocrity is closely mirrored by Newcastle's struggles in the Premier League.

Yet the club's decision to play him alongside Jesse Lingard and Coutinho pays off. Freed from his offensive responsibilities, Hendrick becomes the next N'Golo Kanté, controlling the acres of space between Newcastle's four goalkeepers and five attackers. He runs 15 km a match and ends the season without a goal or assist but is named to the EPL Team of the Season anyway, cementing him as a Magpies legend.

After nine goals and five assists while on loan with West Ham during the latter half of the 20/21 campaign, Lingard has only played 45 minutes through Manchester United's first seven EPL contests this season. A move to Newcastle upon Tyne could be just the thing to jumpstart Lingard's career again.

The unhappy Barcelona midfielder (that phrase describes a lot of players, doesn't it?) is another player listed as a potential first signing for Newcastle and its newfound bankroll. He could slot in as an attacking midfielder or a winger for the Magpies, who are desperate for some consistent offensive production.

The French dribbling sensation has been a fan favorite since arriving from Nice in 2019, and while his eight goals and 12 assists in 56 EPL matches are a bit underwhelming, his marauding solo runs have frequently brought St. James' Park to its feet. Saint-Maximin ranks in the 98th percentile among European attackers in terms of progressive carries and the 99th percentile when it comes to dribbles completed. Newcastles' new Saudi Arabian consortium would be wise to keep the Gucci headband-wearing Frenchman on at the club.

The crown jewel of potential takeover signings, Newcastle hopes that their ambitious plans will be more attractive than a big-money move to Manchester City. Could Kane be the next Alan Shearer and bring Newcastle back to prominence?

Often a scapegoat at Old Trafford, Martial is just one season removed from a 17-goal, seven-assist campaign. The Frenchman's battle for playing time over the last 12 months has made him a target for other clubs and a perfect fit at St. James' Park.

Newcastle's longest-serving player, Dummett has been in the Magpies system since he was eight years old. Now 30, the Welshman seems like one of those players that could survive a squad renewal and spend the next four seasons on the bench.

Uncle Fester — with his set-piece prowess and propensity for receiving cards — is another one of those players I could see sticking around for the next half-decade, even if he runs slower than his Addams family doppelganger.

It's time to bring the gang back together. Demba Ba recently offered to come out of his month-long retirement to play for Newcastle after the club's financial takeover, while over the summer Papiss Cissé said he wanted to return to the EPL. The striker partnership that the streets won't forget combined for 29 EPL goals for the Magpies during the 11/12 campaign, but with so many strikers already among Newcastle's targets, the club will likely be looking at more creative players.

Enter Hatem Ben Arfa, whose FBref scouting report is nearly identical to that of Allan Saint-Maximin. The lefty is a free agent after leaving Bordeaux at the end of his contract in July, making him the inconsistent dribbling threat that Newcastle sorely lacks off the bench.

One defender on the bench is enough — it's time to add more attacking power (and by attacking power I mean a 32-year-old injury-prone Welshman that only scores against lower-table sides).

When asked whether last year's Ligue 1 player of the year was Premier League quality, newly appointed Newcastle United manager Steven Gerrard answered: "Yeah, of course. But can he do it on a rainy night at Turf Moor?" Gerrard's concerns keep Newcastle's record signing on the bench to start his Newcastle career.

With Mbappé, Ben Arfa, and Cavani already amongst Newcastles' potential signings, why not add another attacker with PSG ties to the list?

Newcastle's brave new five-attacker lineup requires a number of strikers on the bench — and the Magpies will be happy to add another disgruntled player from a big-name club.