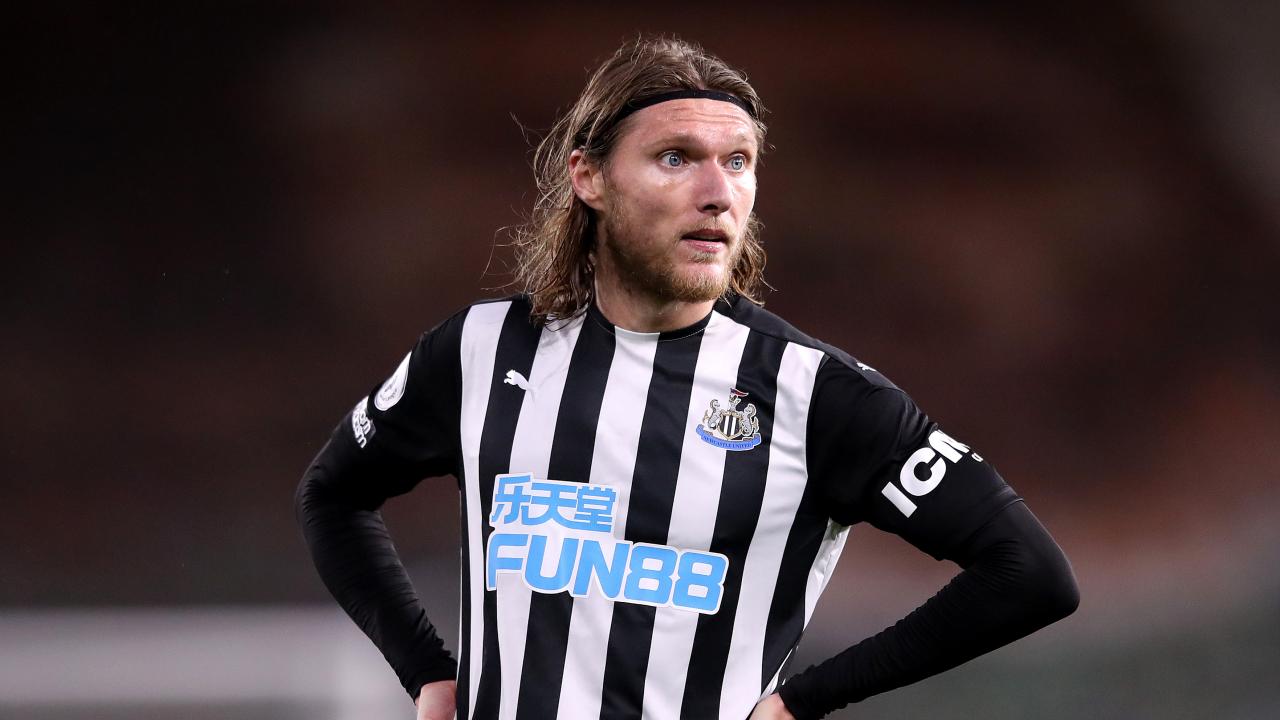 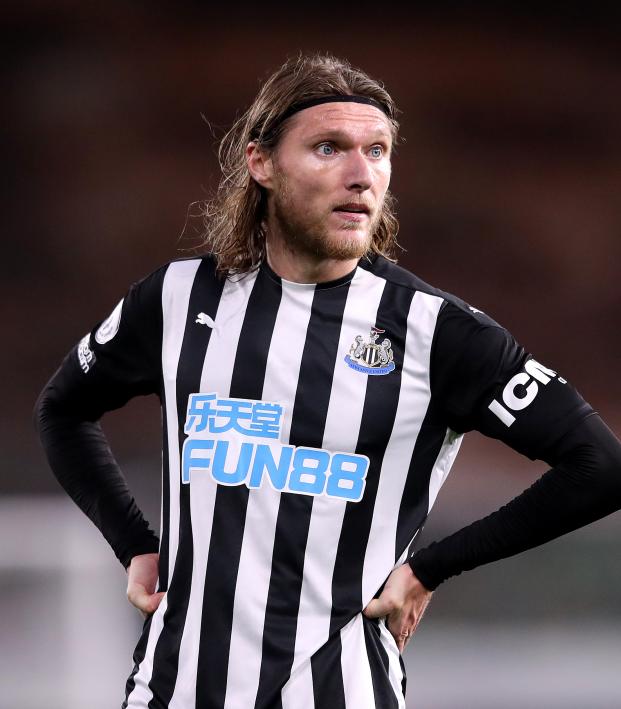 Every Premier League fan has those few players they believe should be banished from the league, whether it be a starter on their team that regularly makes costly errors, or the bench player who has as many first team appearances as loan spells.

When it comes to evaluating the worst players of the Premier League, one soon realizes there is a problematic paradox that arises. I refer to it as the mediocrity paradox:

This creates such questions as: if a player is that bad would he really be getting 20 starts a season? And: if a player gets 15-minute substitute appearances every other week, can we really evaluate his performance on the field?

Both perspectives are equally valid, but thankfully we live in an era where we have a breadth of useful statistics that allows us to meet somewhere in the middle. Performance-based stats can reasonably measure how well a player has played independent of the number of minutes they have logged.

There are a wide number of good metrics to consider when assessing players, and here are the stats I considered when determining the worst player in the Premier League:

Kepa allowed 9.5 more goals than expected given the shots he faced last season, the worst total since FBref began tracking the stat in 2017-18. The Spanish keeper has become an easy target for criticism, but I am a firm believer that one poor season does not define a player — especially at the goalkeeping position. Leicester keeper Kasper Schmeichel allowed 6.8 more goals than expected in 17-18, but no one called for him to be benched. And when given the chance to rebound, he did.

Kepa received no such second chance, so let's give him some reprieve.

The Brazilian is an unusual case in that he ranks very well amongst center backs when it comes to attacking metrics like progressive carries (84th percentile) and expected assists (82nd percentile), but does poorly when it comes to defensive categories like pressures, tackles and interceptions (all fourth percentile or worse vs. other CBs). While not a very good player recently, there are plenty worse than him.

Lauded as the replacement for N'Golo Kanté when signed from Nice in 2016, Mendy has demonstrated an ability to complete passes (96th percentile in completion rate) but offers little else on the pitch. He is mediocre defensively (5th percentile in interceptions, 37th percentile in pressures) and is a non-factor in the final third (1st percentile in non-penalty xG, 8th percentile in expected assists).

Soccer fans love Davies for his wavy blonde locks, but the truth is that he does very little on the pitch to benefit his side. Everton's net xG has been about two-thirds of a goal worse when Davies has been on the pitch over the last three seasons. In all fairness though, his replacements are Gylfi Sigurðsson and James Rodríguez, which likely inflates these numbers.

An effective attacker at the Championship level, Costa has been ineffective at best in the Premier League. In two Premier League campaigns, one each with Wolves and Leeds, The Portuguese winger has just four goals and five assists across 47 appearances. He also ranks poorly in progressive passes (first percentile) and shot-creating actions (fifth percentile) — not what you want from a winger.

A poor man's Bobby Firmino, the $50 million man has just five goals in two EPL seasons, but he ranks in at least the 96th or better percentile in tackles, interceptions and blocks when compared to other strikers, and the 72nd percentile in progressive carries.

A classic case of too good for the Championship but not good enough for the Premier League, Gayle has a pair of 20-goal seasons in the English second-tier but has never scored more than seven times in an EPL campaign. He is averaging one goal every 258 minutes during his last two seasons at Newcastle.

The Portuguese international has allowed 3.3 more goals than expected this season, third-worst in the league among eligible keepers, and he is also the worst keeper in the "Big 5" European leagues when it comes to defensive actions outside the penalty area and passes attempted (both per 90 minutes). The 33-year-old simply does not have the skillset necessary to be a modern keeper.

I can honestly say that I have never heard a single word spoken about Riedewald during his time in the Premier League, and given his lackluster performances on the pitch, it's probably better that way. His WhoScored rating of 6.37/10 this season ranks 269th out of 292 eligible EPL players — which happens to be his best rating during his three Premier League seasons.

Once a must-have creative winger on any relegation-threatened side, injuries have made Brady into just a relic of the wide force he once was. The Irishman was Burnley's highest-rated attacking player (per WhoScored) in 2017/18, but his rating has been among the worst in the league ever since. He is among the worst players in Europe in most offensive categories, although he does rank in the 99th percentile among wingers in both blocks and clearances. These defensive efforts keep him off the bottom — for now.

Transferring from one relegation contender to another certainly has not helped, but the young Northern Irish fullback has been the worst-rated left back in the EPL each of his two EPL seasons according to WhoScored. The 23-year-old has shown glimpses of promise though, which keeps him from sliding further down this list.

Lauded for his leadership skills, Coady has been the rock of Wolves' back three during the club's Premier League stay, but advanced analytics paint a much different picture. In terms of WhoScored rating, Coady has ranked 39/42, 39/40 and 43/45 among eligible EPL center backs in each of the past three seasons, respectively. His passing and defensive stats are similarly poor, which makes you wonder how one of the EPL's worst center backs has earned his first four England caps this season.

If not for a recent run of good form that saw the Czech striker record three goals and an assist in the span of 346 league minutes, Vydra would likely be in the running for the worst player in the league. Outside of that five-match stretch, the former Derby County man has averaged one goal every 700 minutes for the Clarets.

I gave a pass to most of the Sheffield United squad given the good form they showed last season, but Burke has been too bad to ignore. The Scottish striker offers blistering pace ... and not much else. Burke has just one goal and three assists across 1,600 EPL minutes (with Sheffield United and West Brom) and ranks in just the second percentile among players in the Big 5 when it comes to non-penalty expected goals.

Oftentimes, playing on a bad team can make a player look worse than they really are. But when Sawyers is not on the pitch for West Brom, the Baggies have a net xG that is 0.96 xG better than when he is on the field. Sawyers is also the lowest rated Premier League player this season according to WhoScored's rating system. That's a bad combo — and that's even before mentioning his horrid own goal from earlier in the season.

Does this look like the skillset of a Premier League player?

The skillset of a very adept Premier League player. Via WhoScored?

Despite what his scouting profile says, Jeff Hendrick has somehow made 143 EPL appearances during his five seasons in the top flight. The Irish midfielder has carved out a career based around extended mediocrity; in three of the past four years, Hendrick has finished in the 5th percentile or worse in terms of WhoScored rating.

He is touted as a box-to-box midfielder, yet somehow fails to deliver on either end of the pitch. The Irishman ranks in the first percentile in tackles, the second percentile in progressive passes, and the third percentile in defensive pressures.

See that dot way down there in the bottom left corner? That's the one and only Jeff Hendrick, who is simultaneously dreadful on both offense and defense: 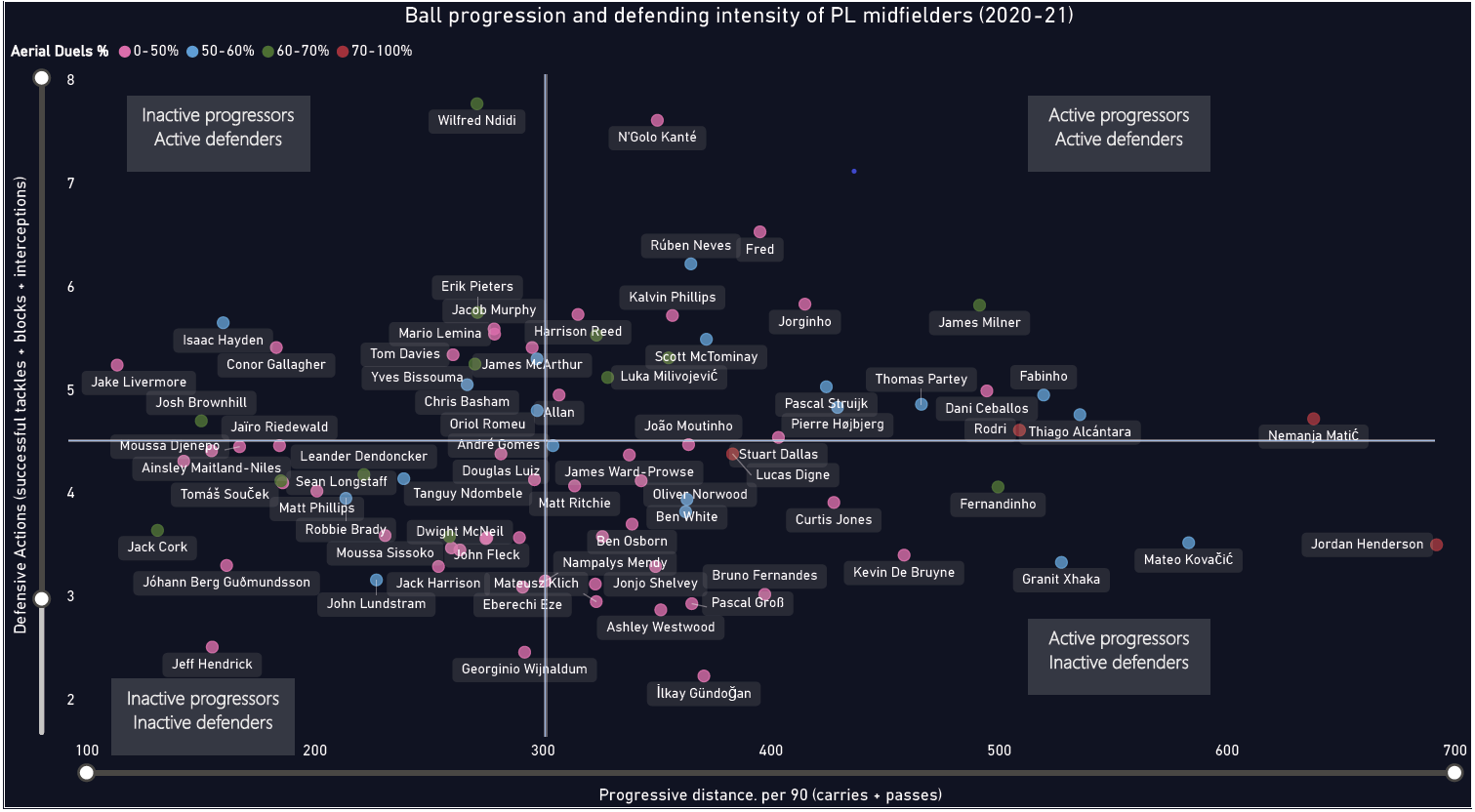 "Ball progression and defending intensity of PL midfielders (2020-21)." Via u/JilJilJigaJiga on Reddit.

Call him the Earl in Inactivity or the King of Ineptitude, but what Hendrick is actually doing is living the dream of every 9-5 worker across the globe: putting in minimal effort while still earning maximum coin. Is his agent taking new clients?