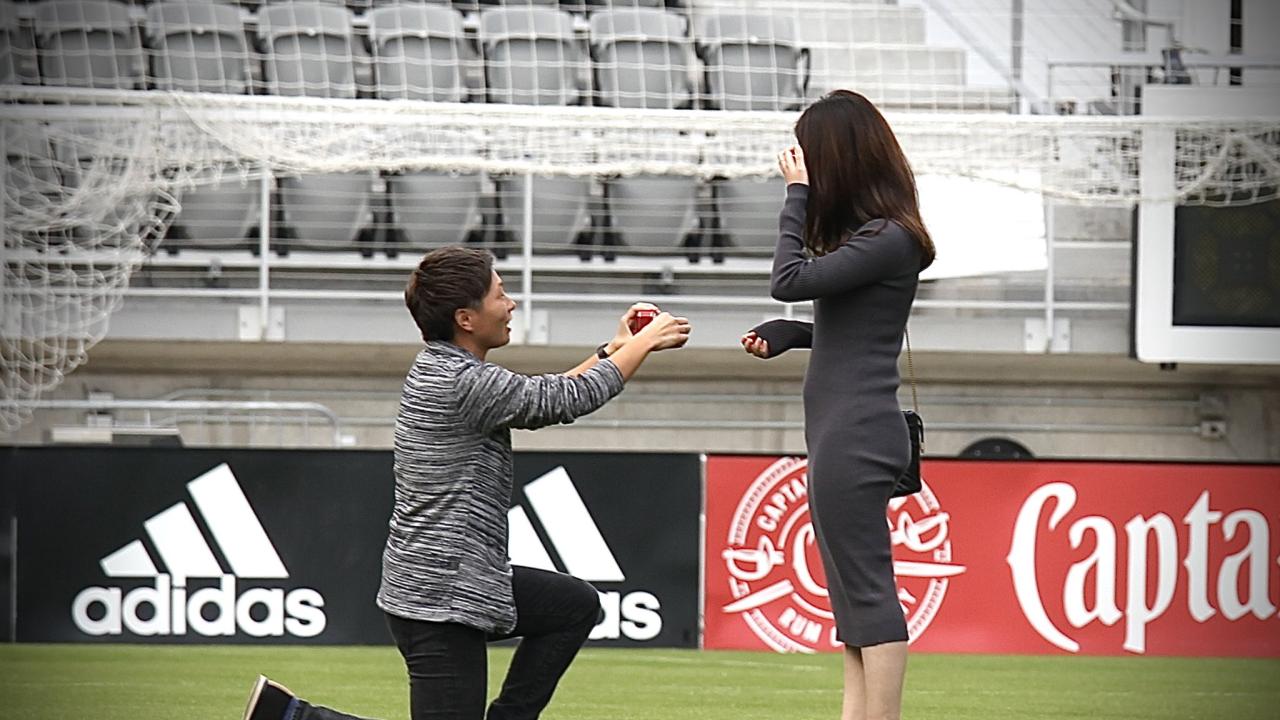 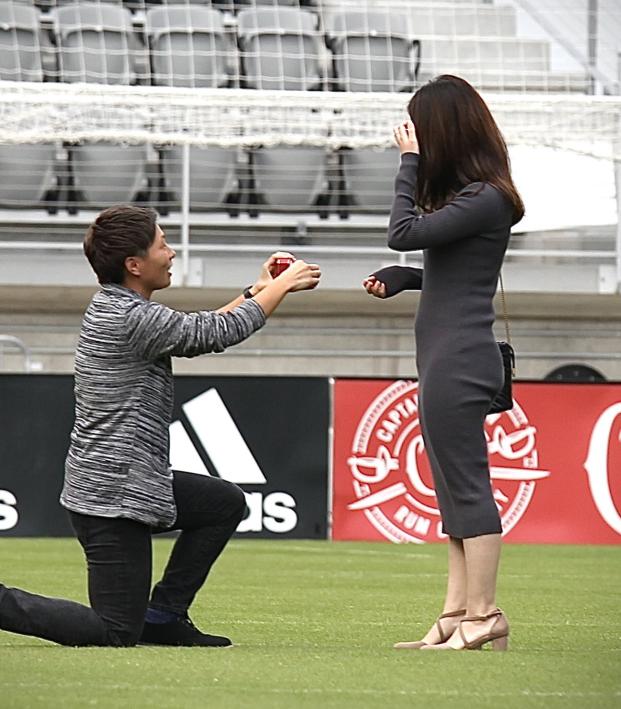 NWSL Player Proposes To Partner On Pitch, Gets A ‘Yes’

For all the BS NWSL players have had to put up with recently, it’s nice to have a good piece of news from the league for a change. On Monday, Washington Spirit forward Kumi Yokoyama proposed to their girlfriend on Audi Field — and got a “yes.”

She said “YES”!
Thank you for everyone!!! pic.twitter.com/BqVFebzGFG

Yokoyama, who has been playing in the NWSL since 2020 after stints in Japan and Germany, revealed they are a transgender man in June, becoming the second openly trans player in the NWLS.

When they came out, Yokoyama said it was their partner who gave them the courage.

“When my girlfriend said there was no reason for me to stay closeted, it really hit me. Coming out wasn’t something I was enthusiastic about, but if I think about my life going forward, it would be harder to live closeted, so I found the courage to come out.”

Yokoyama and their new fiancé share YouTube and TikTok accounts where they document their lives as a professional footballer and a nurse. (Despite my best efforts, I couldn’t find Yokoyama’s partner’s name beyond “Nami.”)

With all the negativity around the NWSL this season, especially in Washington, it’s great to see some positive stories from the league. The Spirit fired coach Richie Burke after allegations of abusive behavior toward players, one of many NWSL coaches involved in abuse accusations just this year, the biggest being those levied against Paul Riley.

Here’s more of the proposal.