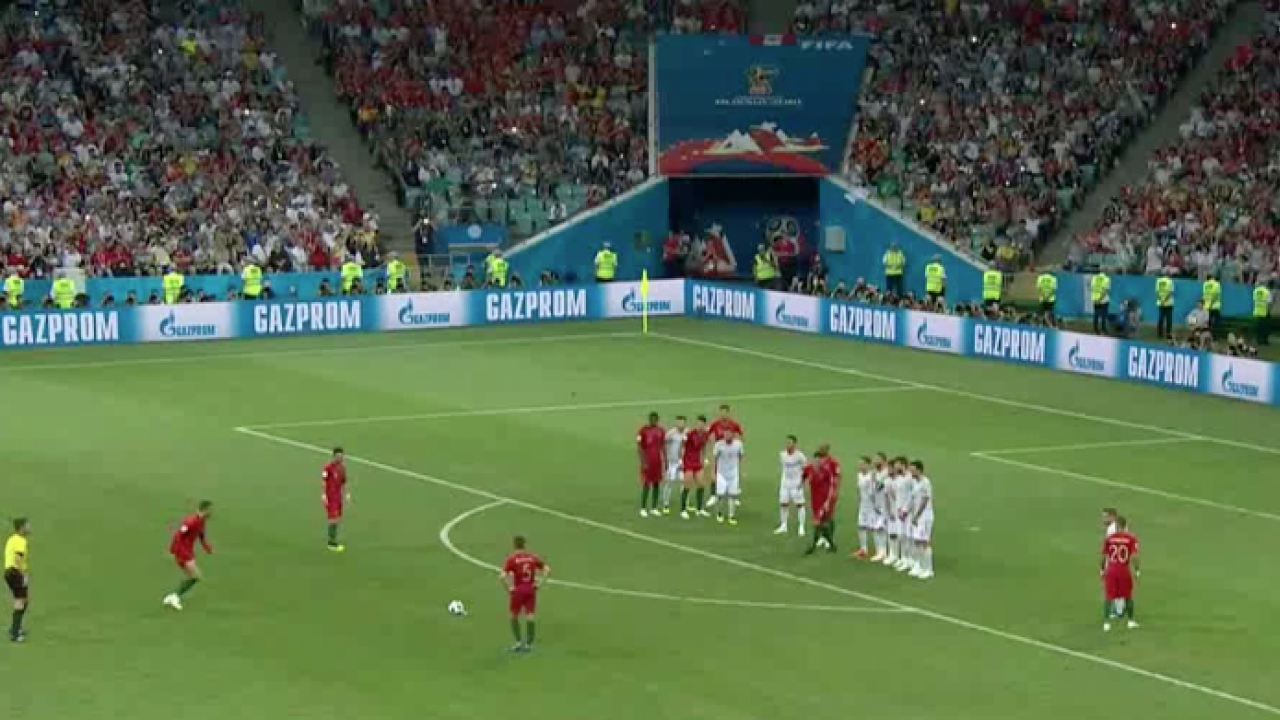 Cristiano Ronaldo had himself one hell of a game on Friday against Spain. He scored two first-half goals and finished off an incredible hat trick with a late equalizer in a 3-3 draw. The Ronaldo free kick vs Spain will go down as one of the greatest group-stage moments in World Cup history.

And what better way to relive a great World Cup moment than by watching the replay over and over but in different languages. The above compilation shows the Ronaldo free kick vs Spain in six different languages — seven if you think British is different from American English.

Ronaldo is off to a flying start at the World Cup. After scoring three goals in his three prior World Cup appearances (12 matches), he was the man of the match for Portugal against Spain with his hat trick. Sure the first two goals were nothing special, but that free kick will live long in the memory.