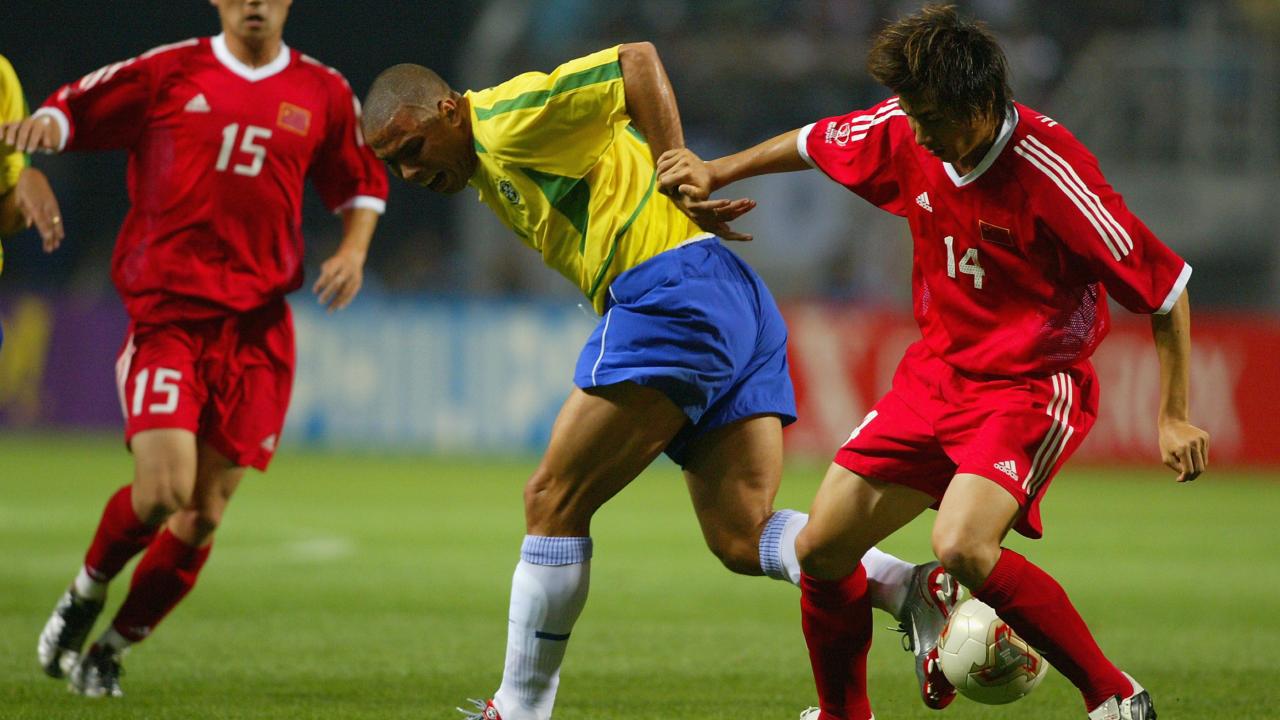 When attempting to explain what made Ronaldo “O Fenômeno” ("The Phenomenon”), we usually like to focus on the frightening mixture of pace, technique and composure that added up to 15 World Cup goals and a career total of 309, of which 11% were scored after rounding the keeper.

In his free-flowing prime, Ronaldo also demonstrated that if he hadn’t been revolutionizing the No. 9 position, he would’ve been a mesmerizing No. 10 with his ridiculous dribbling ability and range of passing.

But Ronaldo himself, in speaking with Grant Wahl in a story for Sports Illustrated that chronicles his new life as Real Valladolid’s owner, has revealed that there’s a highlight video that he values above all the goals and assists — it’s one that compiles 256 nutmegs over the course of nearly 20 years (watch it at the top of this article).

And of course it’s all beautifully backed by some Brazilian samba.