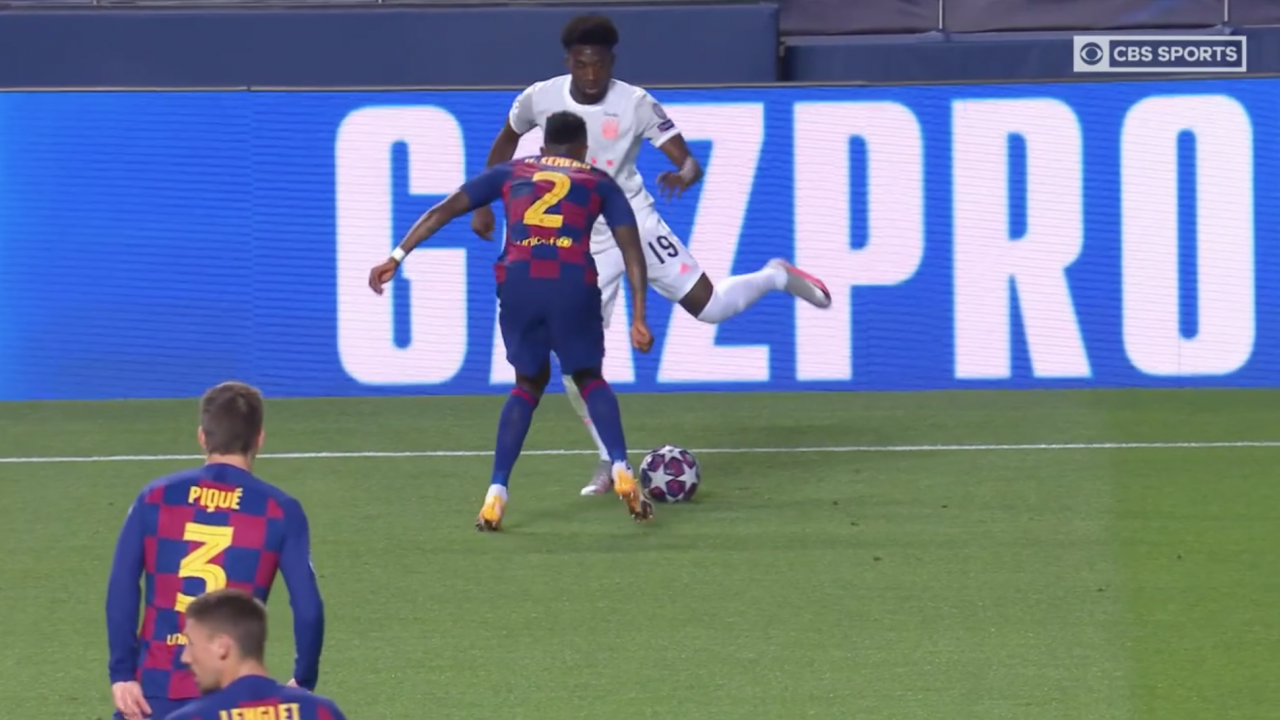 In the lead-up to Bayern Munich’s Champions League quarterfinal against Barcelona, much was made over Canadian teenager Alphonso Davies’ conversation with his father about playing against his idol growing up, Lionel Messi.

Little did Pops know that Davies would use the opportunity to abuse Messi, Nelson Semedo and the rest of the Barcelona defense to set up one of the best goals of the year en route to a devastating 8-2 win.

Bayern Munich tore apart Barcelona in the first half, taking a 4-1 lead (highlights here). Barcelona clawed back to within 4-2 early in the second half and it looked like the Blaugrana might make a game of it.

Then Alphonso Davies showed that he’s a human cheat code.

The 19-year-old Canadian beat Messi to a 50-50 ball near midfield, quickly escaped the Argentine and deftly breezed by Arturo Vidal. Davies then ended the career of poor Nelson Semedo with some devastating attacking moves, eventually reaching the end line before playing the ball to Joshua Kimmich (the other Bayern fullback) for a fifth goal of the night. (At 9:48 in the video above.)

We’ve doted on Davies before, plenty, particularly when he goes beep beep, but this kid is the real deal. The Canadian can play anywhere from fullback to striker and is terrifying for anyone who has to defend him with lightning-fast feet and the confidence to take anyone on.

That run from Alphonso Davies vs Barcelona effectively ended the game, Barcelona unable to mount a full comeback. But so embarrassed was Semedo that he took a bit of a cheap shot at Davies soon after.

Not that Davies was phased. After his assist he grew ever-more confident, helping Bayern see out the 8-2 victory with relative ease, at least until he was subbed out in the 84th minute.

And let’s not forget not even Messi could do anything against Davies’ defense. At this rate, Messi might actually make those MLS rumors come true just so he never has to face the Canadian phenom again.