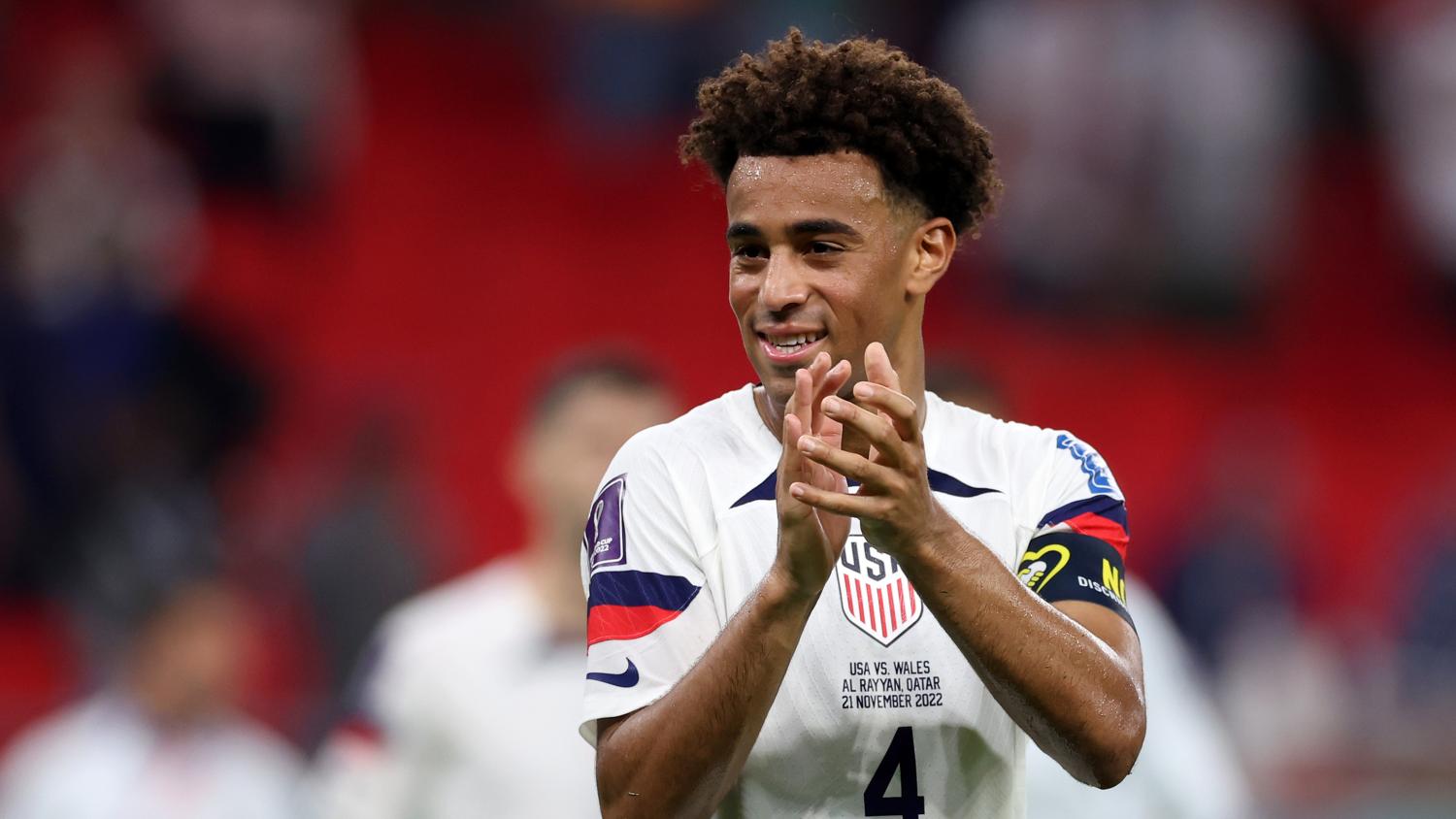 Can the U.S. record another historic result against the English?
Getty Images

The United States began its World Cup odyssey with a bittersweet 1-1 draw against Wales on Monday, and Gregg Berhalter's men return Friday against an England team that reaffirmed its status as a tournament favorite by hammering Iran 6-2 to go top of Group B after Match Day 1.

We've got analysis on what needs to change, a predicted starting 11, team news and here's how to watch.

How to watch USA vs England at the World Cup

What time is USA vs England?

Kick off time for USA vs England is scheduled for Friday, Nov. 25, at 2 p.m. ET (10 p.m. local time in Qatar). Coverage will begin at 1 p.m. ET directly following the Netherlands vs. Ecuador match which starts at 11 a.m. ET.

What channel is USA vs England?

The USA vs England TV channel is FOX for English-language and Telemundo for Spanish-language. John Strong and Stu Holden will provide the commentary, and we can expect to see Kate Abdo, Alexi Lalas, Clint Dempsey and Carli Lloyd during the pre-match buildup.

How to stream USA vs England online?

Where is USA vs England taking place?

Al Bayt Stadium (capacity 60,000) in Al Khor, Qatar. Neither side played its opener there, but it's the stadium that hosted the curtain raiser between Qatar and Ecuador.

What are the odds for USA vs England?

USA: Everything U.S. supporters dreamed of came to fruition in the first half against Wales. Berhalter Ball was on show with the team moving the ball around with precision and purpose, resulting in a 1-0 halftime advantage. There was a sharp drop-off in the second as Wales came out to play, the U.S. started failing across the board and the Dragons got a deserved equalizer.

Berhalter now must solve for a number of things. Does Josh Sargent again lead the line after failing to find much joy against Wales? How will the midfield be setup after Weston McKennie failed to show his best in the opener and with England posing an entirely different threat? When will Gio Reyna emerge from his protective bubble?

England: England was so dominate against Iran that Raheem Sterling, Bukayo Saka, Mason Mount and Harry Kane were all withdrawn with 20 minutes still to play (although their replacements are nothing to scoff at). Although Iran scored twice, the second was a nonsense penalty deep in garbage time and the team got great performances from its fullbacks and the much maligned Harry Maguire (although he limped off and was replaced by Eric Dier).

Victory is crucial here with Wales expected to beat Iran because England could then go into the final match against the Dragons knowing that a win or draw would secure top spot in Group B.

The United States is trying to look a lot like this England side by the time it's hosting the World Cup in 2026. The U.S. loves playing the role of underdog with their backs against the wall, so expect a spirited display from the overmatched Americans.

Will it be enough for a historic win or a draw that feels like a win? No, but a one-goal defeat keeps the U.S. very much alive heading into the final match.