What’s the deal with Gio Reyna and will he play against England on Friday? 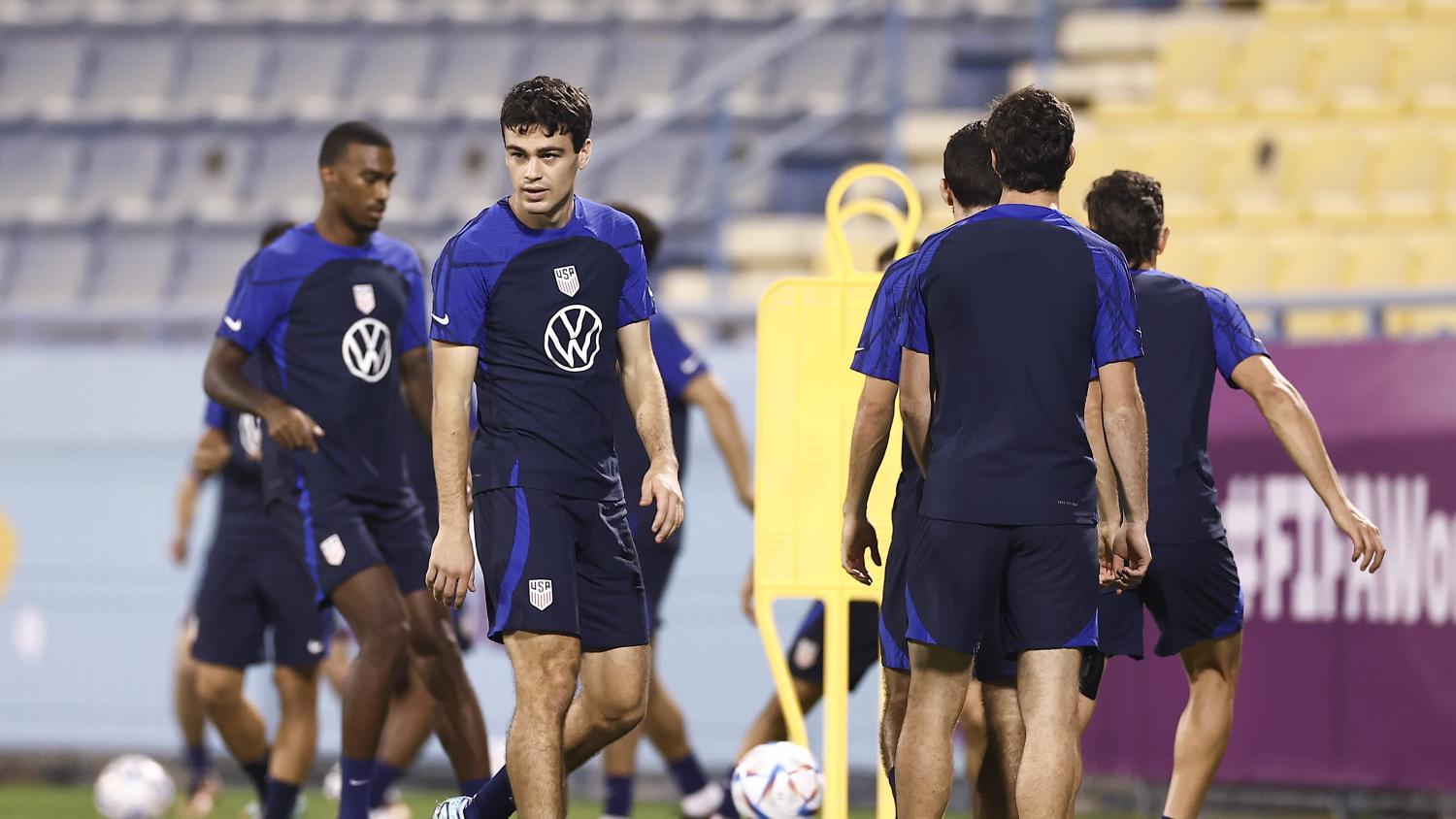 Gregg Berhalter must play Reyna on Friday if the USA wants to have a chance.
Getty Images

One of the biggest talking points from the USMNT’s 1-1 draw vs. Wales was the absence of wonderkid Giovanni Reyna. The controversy of him not playing has USA fans wondering will Reyna play vs. England?

Through the first 45 minutes of action against Wales it felt like USA head coach Gregg Berhalter could do no wrong. He made the tough call of starting Timothy Weah ahead of Reyna and it paid off in the form of the game’s opening goal.

Berhalter’s starting XI and game plan was dynamite in the first half. It fell apart in the second and his choice of substitutions rubbed USA fans the wrong way.

In a tied game that needed something special it felt destined for Reyna to come on and make an impact. The 20-year-old was playing regularly for his club team Borussia Dortmund again and had two goals in his last five games. He was poised to contribute for the U.S.

Berhalter made his final roll of the dice in the 88th minute with a substitution. Instead of Reyna coming on it was Jordan Morris who hadn’t played a game since Oct. 9.

Jordan Morris comes on for the @USMNT pic.twitter.com/EldvBDgYEQ

Morris didn’t do too much and plenty of fingers were pointed at the USA head coach.

After the game there were conflicting quotes on why Reyna didn’t get into the game. Berhalter claimed that Reyna was experiencing some tightness.

#USMNT coach Gregg Berhalter says Gio Reyna experienced some “tightness” (presumably in his hamstring) and didn’t play as a precaution.

Reyna response to his health made it seem that wasn’t the case.

Berhalter also said that part of the reason Morris went into the game rather than Reyna was because of the traits the Seattle Sounders forward offered.

Gregg Berhalter on why he chose to sub in Jordan Morris over Gio Reyna for the USMNT against Wales.

Will Reyna Play vs England?

If Reyna doesn’t play against England on Friday, it won’t be because of injury.

“He’ll be available for England,” Berhalter told FOX. “We’re doing some late fitness tests to see where he was.”

It would be shocking not to see the 20-year-old star on the field against the Three Lions. With a grueling and fatiguing 100+ minutes against Wales some rotation will be needed.

Whether Reyna starts is up to Berhalter, but some are speculating that the forward didn’t play Wales to be saved for England.

The game was begging for Reyna introduction. I get the England thought but not bringing him on when the game opened up???? ‍♂️

Insane that you have a player like Gio Reyna on the bench and you don’t bring him on when you need a goal. Absolutely insane.

Bringing on Jordan Morris over Gio Reyna is legitimately a fireable offense.