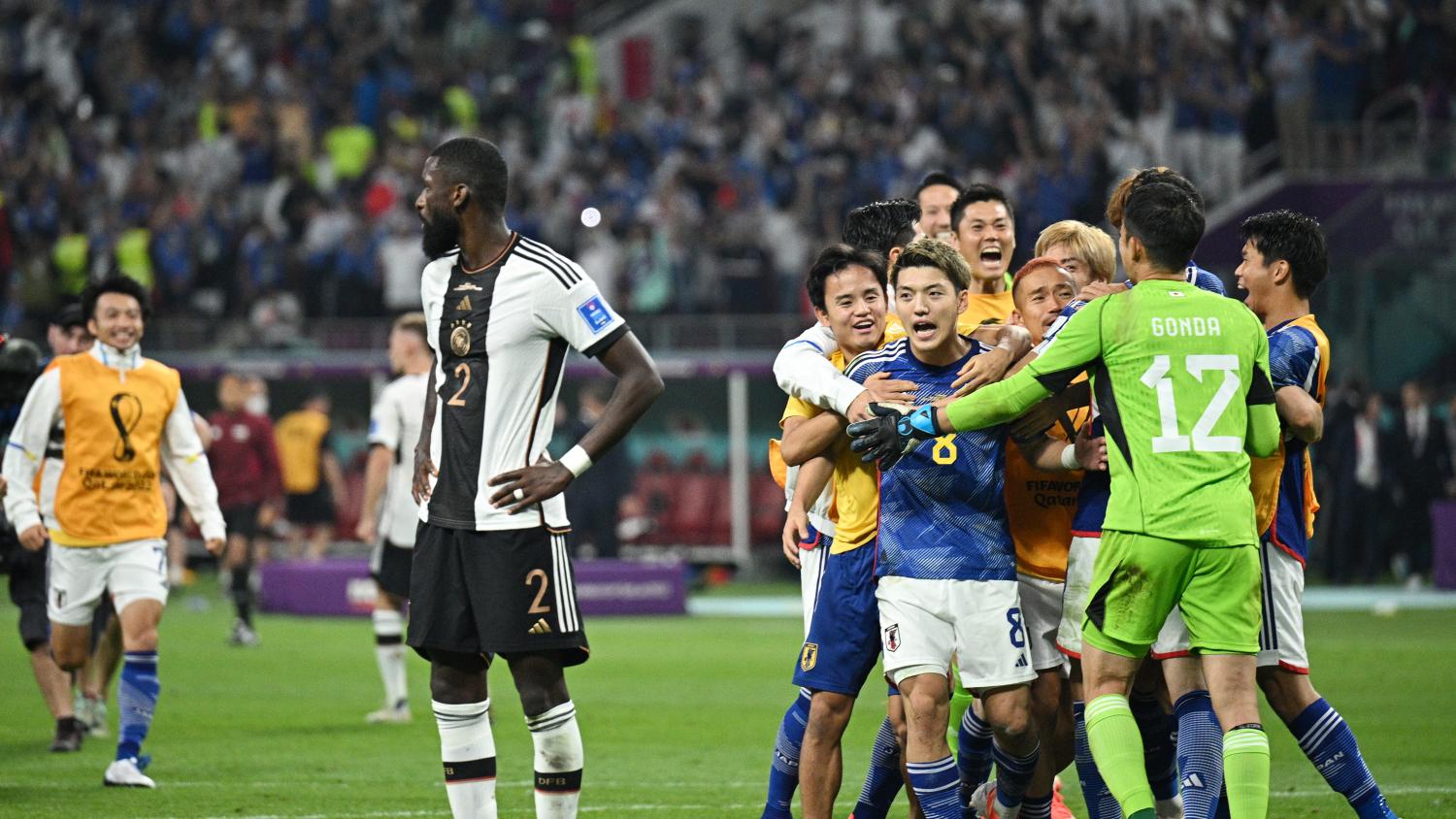 Who saw this one coming?
Getty Images

Germany kicked off its 2022 campaign with a continuation of its World Cup struggles from four years ago. Japan scored a late equalizer followed by an even later winner to secure a historic 2-1 win over the champions from 2014.

One of the great individual goals of the tournament thus far, Takuma Asano broke German hearts with a spectacular controlling touch, that he took toward the end line before firing a shot into the roof of the net past a stunned Manuel Neuer. Japan was content throughout the match to sit back and defend, opting to hit on the counter, to great effect in the second half, having scored their equalizer in a similar fashion just eight minutes earlier.

JAPAN TIES IT AGAINST GERMANY pic.twitter.com/tWjh7omItR

Hansi Flick’s side controlled the tempo in the first half, dominating possession and turning that into great chances. Their reward for their early efforts was a penalty kick that İlkay Gündoğan calmly dispatched following a clumsy challenge from Japanese keeper Shūichi Gonda.

Just a little bit of a foul in the box pic.twitter.com/3FmznGFUdg

Germany had great success when switching the field while in possession, and it was during one such attack when David Raum found acres of space in the box with only Gonda between himself and the goal. After an initial touch, Gonda rushed at Raum who turned quickly, inviting heavy contact inside the penalty area.

After an initial trip, the Japanese keeper continued his frivolous pursuit by fouling the RB Leipzig defender for a second time, just in case the referee wasn’t convinced by his first challenge.

GERMANY SCORES ITS FIRST GOAL OF THE 2022 FIFA WORLD CUP

Too easy for İlkay Gündoğan pic.twitter.com/ew1fDKQnLa

Up stepped Gündoğan, who sent the keeper the wrong way and slotted his penalty home to give the Germans their first goal at a World Cup since Toni Kroos’ late winner against Sweden in 2018.

Germany’s early domination was largely thanks to the fabulous play of Jamal Musiala. The 19-year-old was a midfield metronome for Die Mannschaft, showing off his great creativity and fearlessness. Despite being one of the youngest players on the pitch, it was clear just how important his performance was.

Good first half from Germany. Musiala adds such an element of finesse, speed and creativity it makes them a totally different team. Still vulnerable on the break but this is Flick’s style, dominante in the opponents defensive third.

The Germans struggled to find the back of the net, perhaps due to their lack of a classic forward. Timo Werner was not included in Flick’s roster due to injury, and as a result, Thomas Muller was forced into a different role than he may not have been used to.

With their next match against Spain, Germany faces an uphill battle to advance from their group for a second consecutive World Cup.